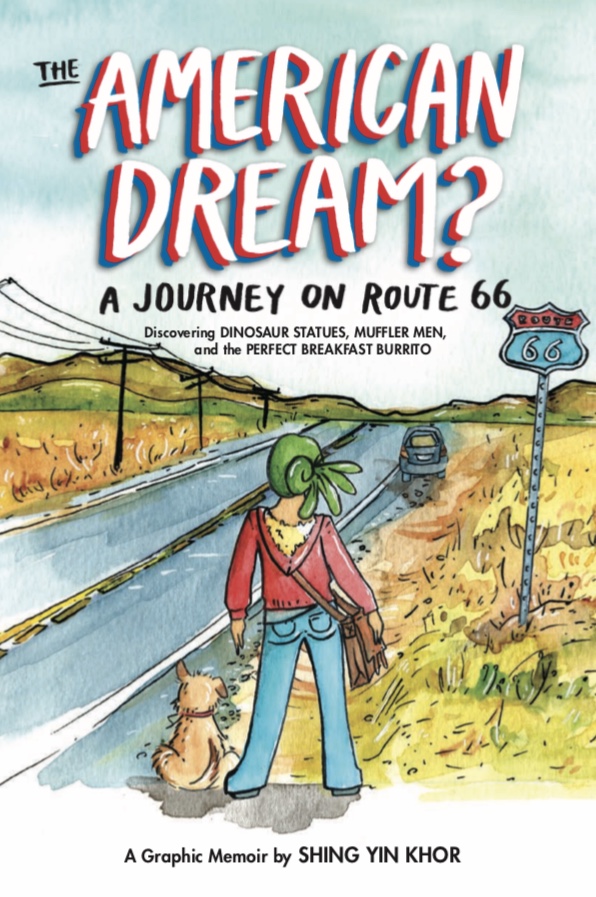 Here’s the scoop….Route 66 covers a total of almost 2,500 miles, famously winding from Chicago to LA. Established in 1926, it’s been called the Main Street of America, was dedicated to Will Rogers and is an essential part of Americana. Even those who’ve never traveled its roads know it from pop music, the 1960’s TV show Route 66, the Carsfranchise, and John Steinbeck’s novel The Grapes of Wrath.

As a child growing up in Malaysia, Shing Yin Khor had two very different ideas of what “America” meant. The first looked a lot like Hollywood, full of beautiful people, sunlight, and freeways. The second looked much more like The Grapes of Wrath—a nightmare landscape filled with impoverished people, broken-down cars, barren landscapes, and broken dreams. 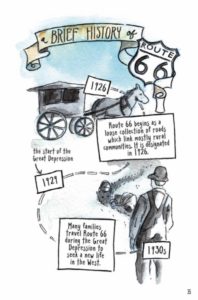 Those contrasting ideas have stuck with Khor ever since and help explain their fascination with Route 66. In the spring of 2016, 10 years after moving to LA and 4 years after becoming an American citizen, Khor embarked on a road trip along Highway 66 in a 2010 Honda Fit, accompanied only by their trusty road-trip adventure dog Bug.

On sale from Zest Books on August 6, 2019, Khor’s graphic memoir The American Dream?: A Journey on Route 66 Discovering Dinosaur Statues, Muffler Men, and the Perfect Breakfast Burritoallows readers to ride shotgun for a deeply personal and playful pilgrimage of roadside attractions, abandoned towns, diners, and motels. Like the very best road trips, the book relishes in unusual sites and roadside kitsch, with detours providing arcane trivia and profound observations alike. 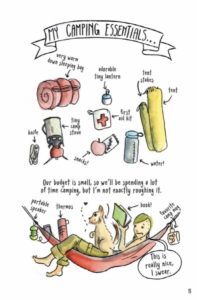 We visit Oatman, AZ, a former gold-mining town where several Hollywood films were shot. We stop at Two Guns, AZ, the abandoned site of the former tourist trap known as The Apache Death Cave. We take in plenty of iconic landmarks, from Holbrook, AZ’s dinosaur statues to Oklahoma’s Blue Whale of Catoosa. 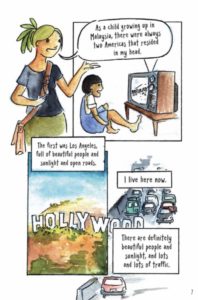 Shing Yin Khor’s trip preceded the 2016 Presidential Election by a few months. And as Khor writes, “This comic feels like a record of a time when a brown girl could drive America fearlessly.” It is both the document of one cartoonist’s trip on the open road and a portrait of a constantly evolving America. Khor’s journey echoes the Joad family’s desperate pursuit of a better life out West, and the book takes stock of both the myth and the reality of the American Dream. And we are invited to join the ride!

It’s a heady mix of US trivia and coming-of-age exploration of the American identity that I will have a full review and interview of author Shing Yin Khor in anticipation of its August release here in All Things Geek!

FacebookTweet9PinEmailShares9
wpDiscuz
0
0
Would love your thoughts, please comment.x
()
x
| Reply
Share this ArticleLike this article? Email it to a friend!
Email sent!