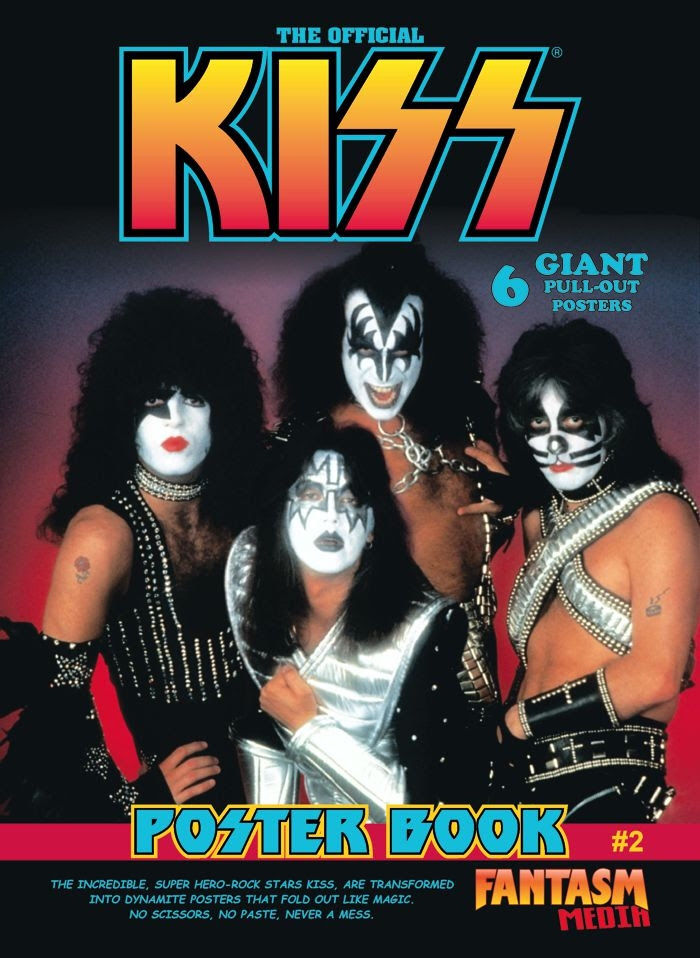 With an epic 45-year career that changed music and entertainment forever, KISSwill be hanging up their touring boots at the conclusion of the current multi-year “End Of The Road” tour. To celebrate their legacy, Texas-based publisher Fantasm Mediahas teamed up with the rock icons again to release The Official KISS Poster Book #2.  NOW SHIPPING

For die-hard KISS fans, collectors and completists, the second issue brings the current bombastic stage show to life and celebrates their amazing past. This issue is packed with 6 giant pull-out posters featuring the current band members onstage doing what they do best, as well as classic era shots. It’s also loaded with articles, interviews, and photos covering both the current and classic incarnations of the band.

“We’re absolutely thrilled to continue working with KISS,” says Publisher/Editor-in-Chief Brian Steward. “As a lifelong KISS fan and collector, I approach creating The Official KISS Poster Book from the perspective of, ‘What would I want to see as a fan?’ That’s what’s most important.” And one thing KISS fans definitely do is collect. To meet that collector need, Fantasm Media is offering six alternate covers, each featuring different images not only on the front but also the back. 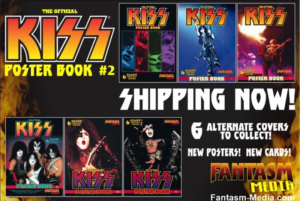 As with issue #1, this issue of The Official KISS Poster Bookfeatures exclusive interviews and a completely new collectible KISScard set. Fans also get an extensive “End Of The Road” photo gallery. Featured interviews include director Adam Rifkin on the 20th anniversary of the KISSfilm, Detroit Rock City; Jim Neff on how he helped orchestrate the historic 1975 appearance of KISSin Cadillac, Michigan; and David Pea on designing Sammy the Serpent and Gene’s current Demon costume.

Fantasm Media produces high-quality collectible magazines and trading cards focusing on the most popular names in music, horror and pop culture. Fantasm Presents #1: George A. Romero, an entire issue dedicated to Romero’s “Dead” films, started under the watchful eye of Romero himself and was released shortly after his passing. Fantasm Presents #2: Linnea Quigley covers her long and storied career as one of the most well known scream queens in film history. Fantasm Presents #3: Night Of The Living Dead is a retrospective created to celebrate the 50th anniversary of the seminal film that is packed with cast and crew interviews. This issue was created in partnership with Image Ten, the film’s original production company. 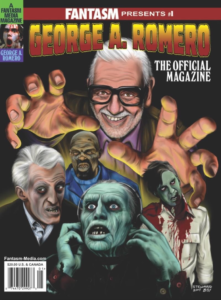 FacebookTweetPin24EmailShares24
wpDiscuz
0
0
Would love your thoughts, please comment.x
()
x
| Reply
Share this ArticleLike this article? Email it to a friend!
Email sent!