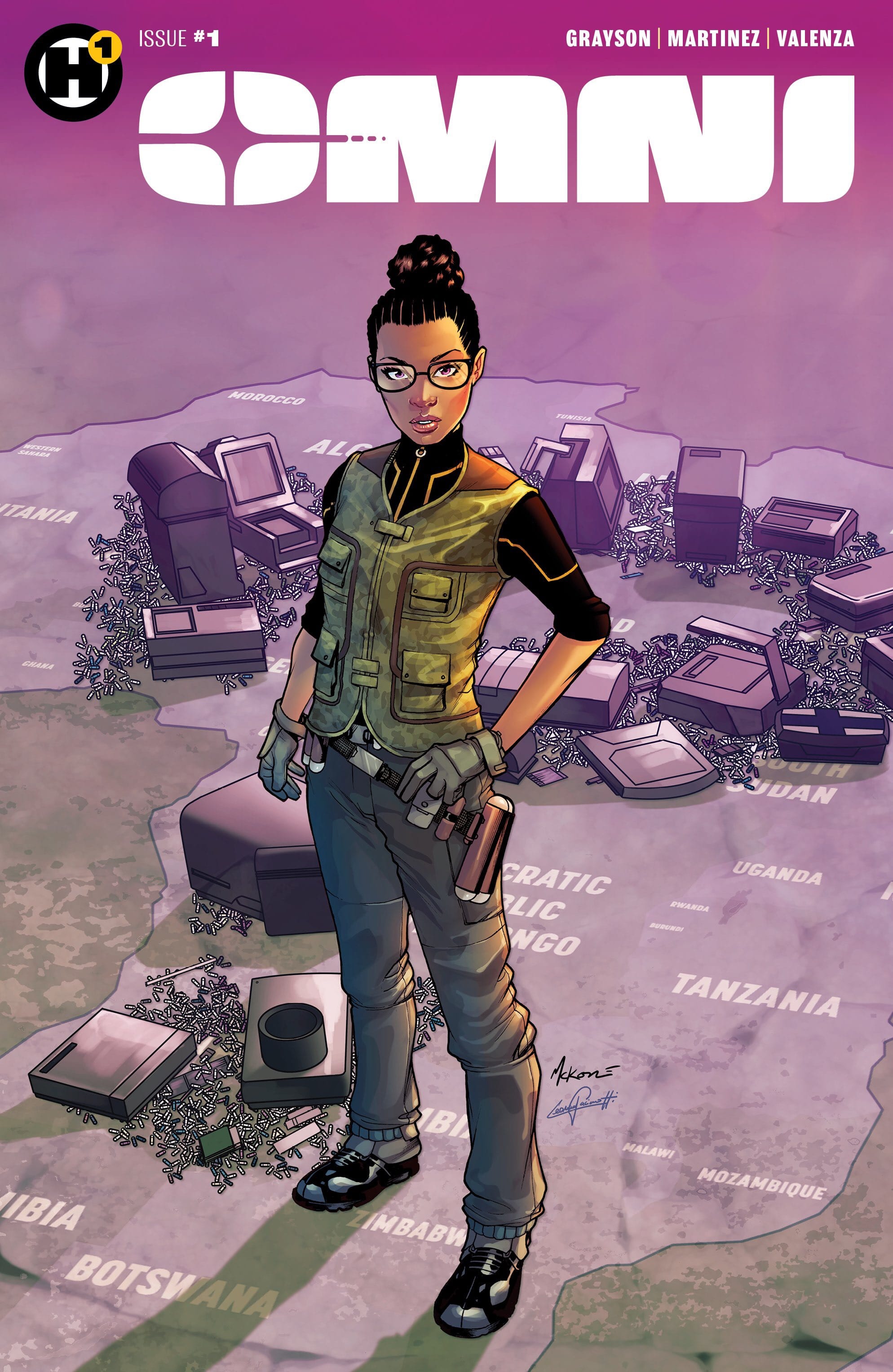 Humanoids, the publisher of some of the world’s most iconic and groundbreaking science fiction and fantasy graphic novels, is going back to press for the debut issue of OMNI, the breakout hit series from the company’s new H1 IGNITION shared universe. OMNI issue 1 by writer Devin Grayson, artist Alitha E. Martinez, and colorist Bryan Valenza, with lettering by a Larger World Studios, has received widespread critical acclaim and was featured in The New York Times on their list of top 8 comics to read at the end of the summer. Both the second printing of OMNI issue 1 and issue 2 will be published on September 25, 2019.

The story of Cecelia Cobbina is really resonating with fans, retailers and reviewers,” said Humanoids Senior Editor Fabrice Sapolsky. “One of the joys in creating the H1 IGNITION universe is watching readers discover new relatable characters, new powers and new stories. And we’re just getting started.

The Earth is going through major ecological changes and fights back by somehow giving people special abilities. One of them is Cecelia Cobbina, a physician serving with Doctors Without Borders when her ability, a hyper-intelligence, activates. Her friends think they are now living in a superhero story, but she sees it as a medical mystery. Cecelia is a confident and engaging character that you immediately want to see succeed.”—THE NEW YORK TIMES

A young doctor suddenly and mysteriously acquires superpowers…as do several other individuals on the planet. But only her power can answer “why.”

A gifted doctor with a vibrant, compassionate personality, Cecelia Cobbina received boundless praise from her peers and her patients. But that was before the incident in Africa. Before she was forced to leave her job at Doctors Without Borders behind…Before she gained the ability to think at superhuman speed. Overwhelmed with the power to answer every question, she must now overcome her own fears and tackle the one code she can’t seem to break: the truth behind the Ignited.

About Humanoids: Based in Hollywood, California, with branches in Paris, London, and Tokyo HUMANOIDS was co-founded 45 years ago in Paris, France, by legendary creator Mœbius, and has published thousands of titles since, including international bestsellers and iconic series such as The Incal and The Metabarons.