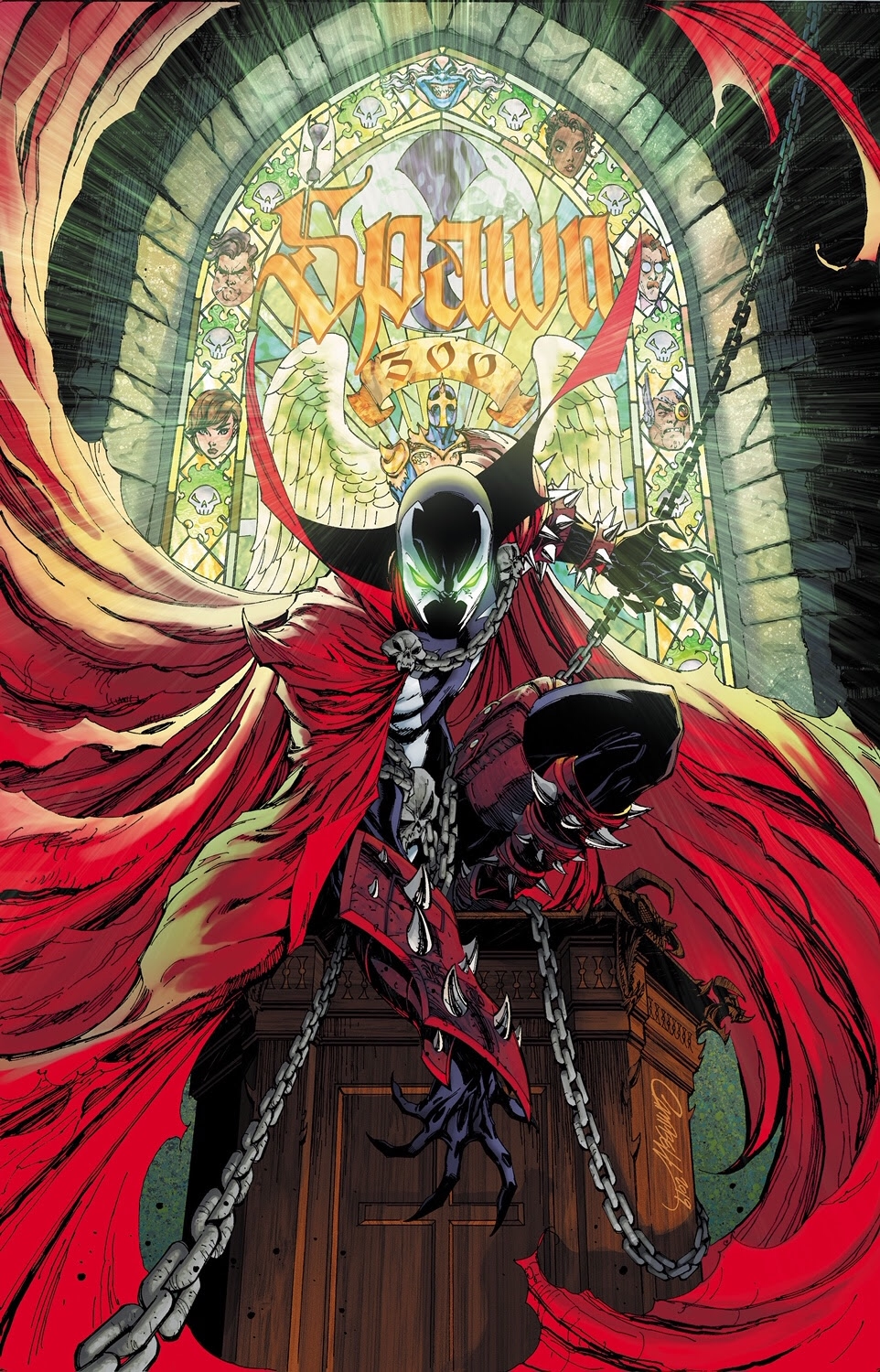 Image Comics revealed the highly-anticipated J. Scott Campbell cover for the upcoming milestone SPAWN #300 issue by Todd McFarlane, President at Image Comics and creator of SPAWN. This is just the first of many exciting cover reveals to come on the #Roadto300!

Momentum and frenzied buzz surrounding the classic antihero series continues to build leading into historic SPAWN #300 and record-breaking SPAWN #301 when SPAWN becomes the longest running creator-owned comic in the world.

The celebration of SPAWN’s 300th and 301st issues is just beginning. More art and cover reveals will be shared over the coming weeks as the road to comic book history nears its destination.

Spawn isn’t a black comic so much as it’s a comic that recognizes that its main character’s experience as a black man is crucial to understanding the story. … It was in the ’90s when the comic was published, it was gloriously ultra-violent and weaved an adult narrative that tackled themes of social isolation, injustice, and the cost of vengeance.

It stands to reason that Al Simmons, a black man working for an elite government organization, would be met with this particular problem and react the way he did.

He had done everything right: lived, loved, upheld the law, and yet was extrajudicially killed for it.

This is a narrative still very relevant today.

Creator Todd McFarlane drenched Spawn in agitation and disillusionment. In a violent collision of realms both real and imagined, his comics targeted Marvel and DC for their negligent approach to creator compensation, the laziness in their work, and the played out good/evil binary that marks most superhero comics. When Spawn debuted in the ‘90s, he was a direct attack to the comic book status quo. 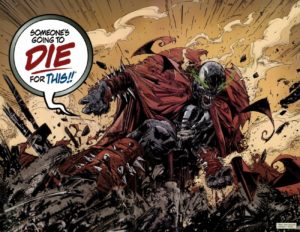 SPAWN is currently being adapted for film—a gritty, R-rated reimagining—which will mark Image President, co-founder and SPAWN creator, Todd McFarlane’s film directorial debut. McFarlane, an Emmy/Grammy-winning producer/director is also on board as screenwriter and producer.

After his tragic death at the hands of his powerful employer, Al Simmons is sent to hell where he meets the demon Malebolgia who agrees to give Simmons the one thing he desires most of all: his wife, Wanda. What the demon didn’t tell him was that the deal would cost him his soul, that he’d be given supernatural gifts in order to fight in Hell’s army against the heavens. Inviting a revolving team of brilliant and equally disenchanted storytellers — including Frank Miller, Neil Gaiman, and Jim Lee — McFarlane dismantled the notion of good vs. evil in superhero comics. He placed the spectrum between heroism and villainy in Spawn’s crosshairs and emptied the clip. – Tirhaka Love

SPAWN sold an unprecedented 1.7 million copies at the time it was released and is one of the world’s best-selling and longest-running monthly comic books, with hundreds of millions sold worldwide in more than 120 countries, and 15 different languages. 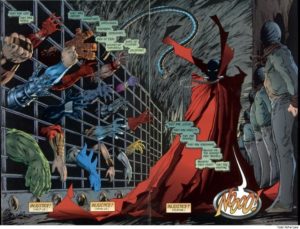 The comic became an Emmy Award-winning animated series on HBO and a New Line Cinema feature film that grossed more than $100 million. McFarlane went on to direct and produce award-winning and critically acclaimed projects for top movie studios and record labels.

ABOUT IMAGE COMICS
Image Comics is a comic book and graphic novel publisher founded in 1992 by a collective of bestselling artists. Image has since gone on to become one of the largest comics publishers in the United States. Image currently has six individuals on the Board of Directors: Robert Kirkman, Erik Larsen, Todd McFarlane, Marc Silvestri, Jim Valentino, and Eric Stephenson. It consists of five major houses: Todd McFarlane Productions, Top Cow Productions, Shadowline Comics, Skybound Entertainment, and Image Central. Image publishes comics and graphic novels in nearly every genre, sub-genre, and style imaginable. It offers science fiction, fantasy, romance, horror, crime fiction, historical fiction, humor and more by the finest artists and writers working in the medium today. For more information, visit www.imagecomics.com.

Facebook1Tweet1Pin523EmailShares525
wpDiscuz
0
0
Would love your thoughts, please comment.x
()
x
| Reply
Share this ArticleLike this article? Email it to a friend!
Email sent!