Get Daily Email
Join/Login CLOSE
Home / All Things Geek / Superman: Son of Kal-El Comes Out as Bisexual for National Coming Out Day! The question for Jon (and for our creative team) is, what should a new Superman fight for today?’ Can a 17-year-old Superman battle giant robots while ignoring the climate crisis? Of course not. Can someone with super sight and super hearing ignore injustices beyond his borders? Can he ignore the plight of asylum seekers? — Superman: Son of Kal-El Series writer Tom Taylor

When I purchased new comic book subscriptions for my son’s birthday this summer, I picked Batman, Harley Quinn, and the new Superman monthly Superman: Son of Kal-El. I figured it’s always great to collect the first issue and he’s always been a fan.

Little did I realize that from the beginning, Jon’s comic series, Superman: Son of Kal-El, first released in July had the new 17-year-old hero combatting charged political issues like climate change, gun violence in schools, and the treatment of refugees. It was “woke as fuck.” Which in my household is not a bad thing!

It quickly became my boy’s favorite (after Harley Quinn). The series writer Tom Taylor (Injustice, Nightwing) told the New York Times that he believes the new iteration of Superman needed to ‘have new fights’ and ‘real world problems’ which my son who is acutely aware of Social Justice issues and an unashamed DC comic book geek, greatly appreciated.

Contrary to the hyper-vocal and angry fans who live in denial. Diverse political views and real-world problems to a greater and lesser degree, have always been part of Comic Book stories. Even if the storytellers themselves for the big publishers and the square-jawed heroes depicted, remained homogeneously white, straight & male for decades.

I’ve written about this topic before in my article featuring Black Panther and the backlash against “politics in comics” championed by, let’s face it, folks who were nearly exclusively white, CiS straight males. Don’t hate the messenger. These are unassailable facts.

“Amnestic fanboys must have forgotten political stances made in The Avengers and all three Captain America Movies. SHIELD/HYDRA, Steve Rogers RAFT breakout after Civil War, The Sakovia Accords: UN oversight of “Enhanced” individuals that split the Avengers. The political asylum granted by Wakanda.

The entire X-Men comic run since Mutants were allegories of Blacks during the Civil Rights Era of the 1960s. MUTANT REGISTRATION ACT, TRASK Sentinel Program, The Legacy Virus that decimated fictional mutants concurrently during Pres.

Reagan’s silence on the spread of HIV in the ’90s cost millions of real people their lives. Or, the second episode of Superfriends that spoke out against man-made climate change and promoted ocean conservation in the 1970s.

I could go on.

Decades of the politics of the day driving comic book stories that no one cared about, that is, when blacks were sidekicks. This changed last Thursday.”

Excerpt from – “Remember When We Were Sidekicks?” – Black Panther & Comic Book Politics

This is a most timely & terrific step by DC to recognize and normalize the realities of LGTBQ relationships. And allow a wider audience, in particular younger readers, to feel “seen” in our hereto-normative society.  Not with a minor token character, but a huge franchise with an 80 year following. Clark and Lois are the most famous Comic book parents and the cultural significance of them having a queer son in this day and age cannot be overstated.

With new public enthusiasm for both classic and new comic book heroes today, it makes perfect sense financially that DC, Marvel, and other big comic book publishers acknowledge that many fans of mainstream comics remain underrepresented and underserved. To that end, this news is a breath of fresh air. Representation still matters.

By the main character Jon Kent, dating his close male friend parallels and was inspired by the iconic romance between Clark and Lois, with DC revealing that the new Superman’s partner, refugee ‘hacktivist’ Jay Nakamura, is also a reporter – just like the young superhero’s parents.

‘Just like his father before him, Jon Kent has fallen for a reporter,’ the company said in a press release. Series writer Tom Taylor clarified that though Jon, like his father Clark falls for a reporter, this won’t be a re-tread of the early “damsel in distress” escapades before Lois Lane gained more agency and became more of a partner in her own right. In August, DC revealed that the Caped Crusader’s longtime sidekick Robin, a.k.a Tim Drake, would accept a date with a male character called Bernard Dowd in a new issue of the series Batman: Urban Legends.

Jon & Jay’s partnership from the outset will be featured as more of a Main hero/sidekick.

‘Jay has his own fight,’ Taylor told IGN, revealing Jay will also learn that he has his own set of superpowers. ‘He’s obviously an effective journalist, and Lois Lane is his hero.

‘But Jay is also a refugee from [the fictional island nation of] Gamorra, so his experience also reflects Clark’s. While this has fortunately changed over the years, historically, Lois has often fulfilled a damsel role. Jay Nakamura will never be that. He and Jon will tackle many things side-by-side.’

After initially striking up a friendship with reporter Jay Nakamura, he and Jon become romantically involved,’ the company said.

‘Following a scene where Superman mentally and physically burns out from trying to save everyone that he can, Jay is there to care for the Man of Steel.’

It continues: ‘Faster than fate. As powerful as hope. Able to lift us all. For all his great power, Jon Kent can’t save everyone, but that won’t stop him from trying. How much can Earth’s new Superman do before this Man of Steel buckles? And when he does, who swoops in to save Superman?’

This romance is set to take center stage in an upcoming issue of the comic, due to be released on November 9. 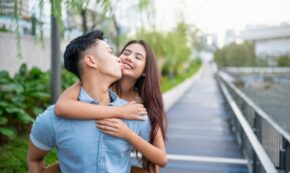 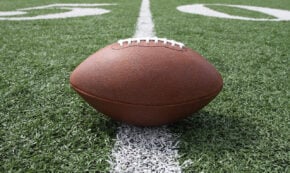 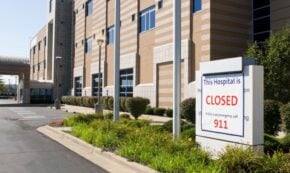 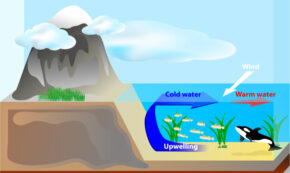 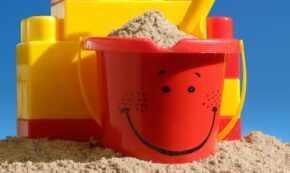