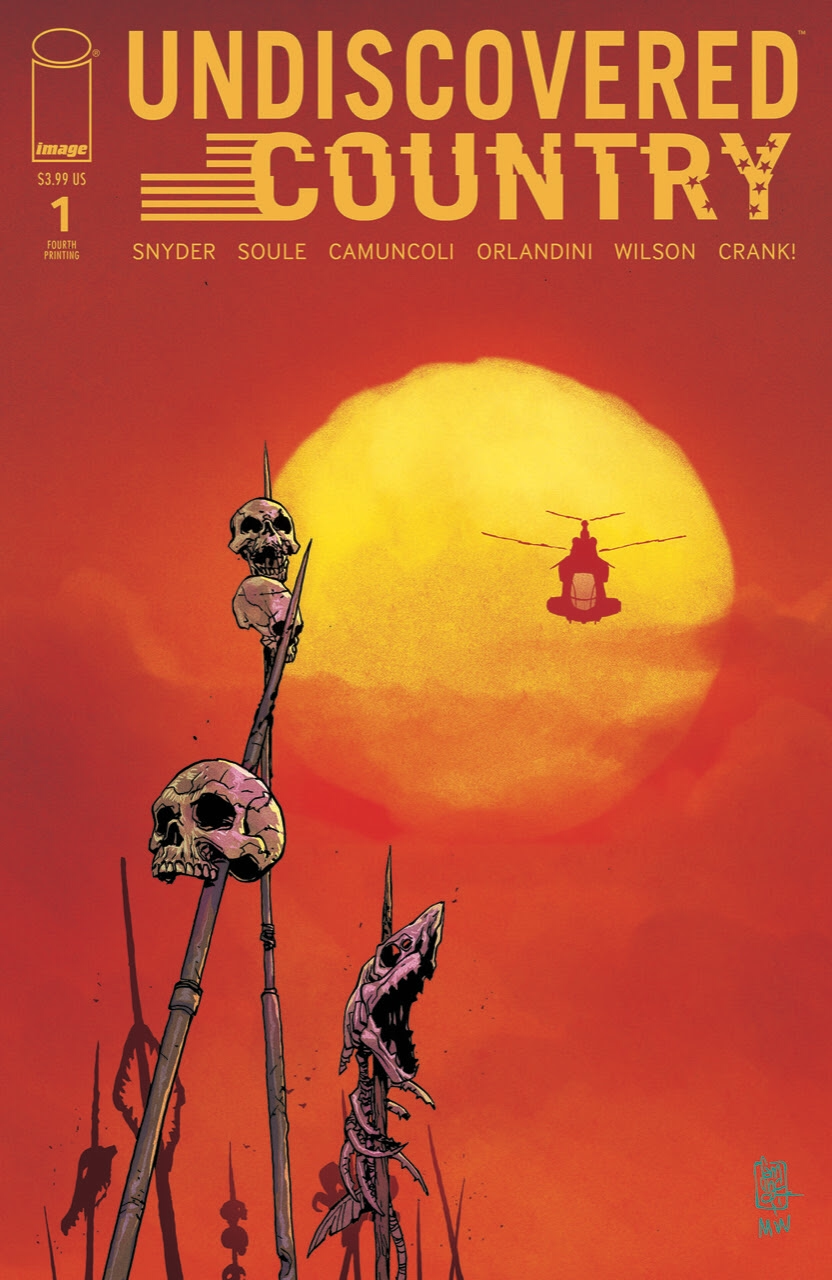 Image Comics has fast-tracked a fourth printing of Undiscovered Country #1 in order to keep up with the mounting pressure from fans looking to jump on board for the new series by New York Times bestselling writers Scott Snyder (Batman, Justice League, American Vampire, Wytches) and Charles Soule (Curse Words, novels The Oracle Year, Anyone) and artist Giuseppe Camuncoli (The Amazing Spider-Man, Darth Vader, Hellblazer).

In Undiscovered Country, readers journey into an unknown region that was once the United States of America—a land that’s become shrouded in mystery and literally walled-off from the rest of the world for decades. A small expedition enters the former US in search of a cure to a humanity-ending pandemic. They travel inward and learn the secrets of what America has become; each member seeking their own form of truth in the undiscovered country.

The series was acquired early on by New Republic Pictures after a competitive bidding war for potential franchise development with Snyder and Soule attached to adapt the screenplay and serve as executive producers alongside Camuncoli. John Hilary Shepherd will oversee development.

ABOUT IMAGE COMICS
Image Comics is a comic book and graphic novel publisher founded in 1992 by a collective of bestselling artists.

Image has since gone on to become one of the largest comics publishers in the United States. Image currently has no six individuals on the Board of Directors: Robert Kirkman, Erik Larsen, Todd McFarlane, Marc Silvestri, Jim Valentino, and Eric Stephenson. It consists of five major houses: Todd McFarlane Productions, Top Cow Productions, Shadowline Comics, Skybound Entertainment, and Image Central.