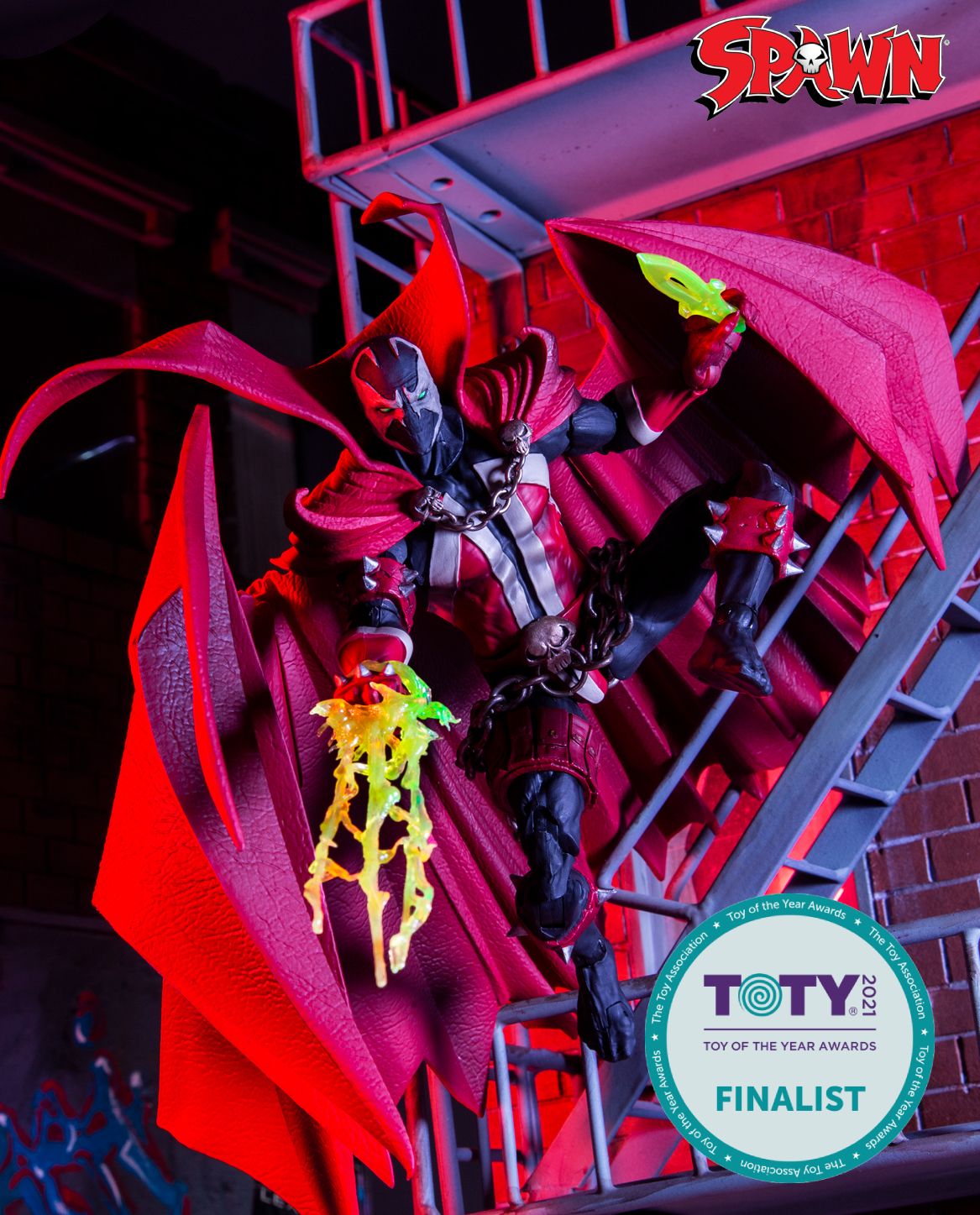 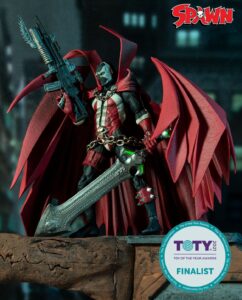 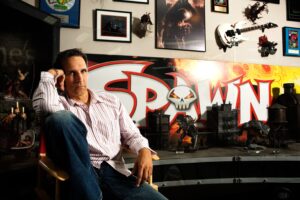 “I want to thank the legions of SPAWN fans for all their support in making SPAWN a recording-breaking Kickstarter campaign,” said Todd McFarlane, CEO and Creative Force for McFarlane Toys. “After making dozens of versions of SPAWN, going back to the very first SPAWN action figure to remaster and modernize it with all the skill sets, details, and technology that my company has learned over the past 26 years was so cool. With this action figure, we have created the best action figure version of SPAWN.” 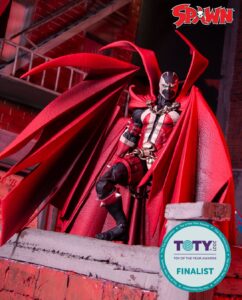 The Original SPAWN Action Figure and Comic Remastered (2020) broke the record for the most-funded AND the most-backed action figure campaign in the history of Kickstarter! The campaign ended up obliterating its goal as 23,761 backers brought the campaign to life with $3,447,390 funding!

Now it’s YOUR chance to vote for Todd McFarlane’s SPAWN figure for Action Figure of the Year.  The fans’ votes will decide the winner for the coveted People’s Choice Award. Each voter will be entered for a chance to win the TOTY Action Figure of The Year toy prize package. To vote and enter the giveaway, visit  www.ToyAwards.org between now and January 5, 2020.

Known as the “Oscars” of the toy industry, the TOTY Awards program recognizes the top playthings on the market and is a vital fundraiser for The Toy Foundation, which delivers the magic of play to millions of children in vulnerable situations.

Winners in each category, as well as the coveted overall “Toy of the Year” winner and “People’s Choice” honoree (based solely on consumer votes), will be announced at the virtual TOTY Awards gala on Friday, February 12, 2021. The celebration will include the induction of four industry trailblazers into the esteemed Toy Industry Hall of Fame and shine a spotlight on the toy industry’s inspiring philanthropic work and The Toy Foundation.

Grammy-and Emmy-winning producer/director Todd McFarlane, creator of SPAWN and VENOM, is the creative force behind McFarlane Toys. McFarlane Toys has become an industry leader, redefining the standards within the action figure market. #McFarlaneToys

About Spawn and Legendary Artist and Spawn Creator Todd McFarlane

Todd McFarlane’s SPAWN is one of the world’s best-selling and longest-running monthly independent comic books, with hundreds of millions sold worldwide in more than 120 countries. 2019 marked the year that legendary artist Todd McFarlane made history with the release of the historic SPAWN #300 and record-breaking SPAWN#301. These milestones have earned McFarlane the GUINNESS WORLD RECORDS title for the longest-running creator-owned superhero comic book series in the world.

Todd McFarlane’s SPAWN was one of the best-selling comic titles for all of 2019!  SPAWN was the only title to have 2 issues in the Top 11! SPAWN #300 claimed the #2 spot, according to Diamond Comic Distributors, the world’s largest distributor of comics and graphic novels. The World Record Breaking SPAWN #301 placed #11 on the list of more than 8000 books published in 2019.  Also, the comic became an Emmy Award-winning animated series on HBO and a live-action feature film that grossed more than $100 million.

McFarlane established himself as a force in the entertainment world. McFarlane has won 2 Grammy nominations, 2 Emmys Awards, 2 MTV Video Music Awards, 1 Canadian MuchMusic Award, and more than 150 International awards in the fields of action figures, comic books, and publishing. 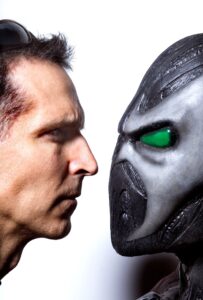