Get Daily Email
Join/Login CLOSE
Home / A&E / A Great Tennis Player. A Greater Human. And This Was the Match of His Life… 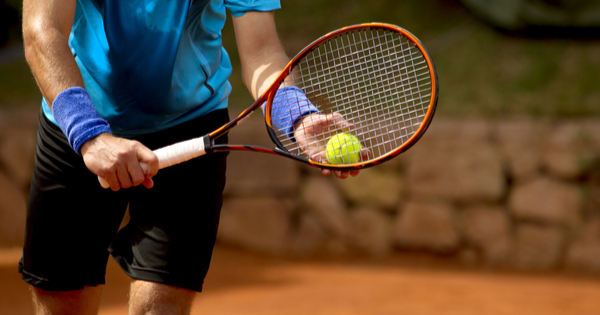 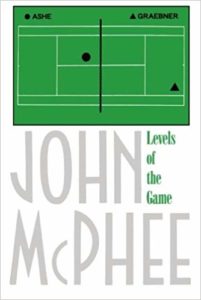 Arthur Ashe died, at 49, in 1993, of pneumonia related to AIDS, contracted from a blood transfusion during heart surgery. In his hometown, there are many statues of Confederate generals and leaders. Now, twenty-two years after his death, Richmond, Virginia has finally named a boulevard for him. There is an excellent biography, “Arthur Ashe: A Life.” [To buy the book from Amazon, click here. For the Kindle edition, click here.] And then there is this classic psychological nail-biter…

Many tennis buffs think this is the best book ever written about the sport. Despite the fact that I once spent a week at a tennis camp, researching a magazine story, and, 8,000 balls later, I emerged — an even weaker player — I agree.

“Levels of the Game” is, on the surface, an account of a single match between Arthur Ashe and Clark Graebner in the semifinals at the U.S. Open in Forest Hills. But as the title suggests, a game — any game, at any degree of competition — is not just about competence. How you play is a revelation of character; how you play is who you are.

It’s on all the other levels that this is a great book — one of the greatest you may ever read, period. First, because of the subject. Arthur Ashe was not the Jackie Robinson of tennis; when he emerged in the 1960s, he was the only African-American player of note in America. Clark Graebner was a dentist’s son and a ringer for Clark Kent. As it happened, Ashe and Graebner were both best-of-breed. It’s not inaccurate to say that they were friends. But you can’t miss the notion that they are also archetypes: privileged white kid from Ohio vs. against-all-odds black kid from Virginia.

In a mere 146 pages, John McPhee — you know his byline from a zillion profiles in The New Yorker, many of them mesmerizing, some beyond dull, but all meticulously reported and more carved than written — has pulled off a literary coup. He has written an account of the match that’s thrilling sports reporting. After, he clearly interviewed Ashe and Graebner at length, for he recreates what they were thinking and feeling at every key point in the match. And then he goes still deeper, talking to parents and wives, coaches and mentors, so he can deliver acute biographies of each player and a revelatory portrait of a sport — and a nation — in transition.

A mediocre writer would construct this book with long passages in italics. Or chapters that pull us out of the match and take us back to Virginia or Ohio. Well, you don’t write a book called “Levels of the Game” without being aware of the levels of your craft — and knowing that, when you settle yourself at the keyboard, you can play at a championship level.

Which is not to say that the book reads like “great writing”. Just the opposite. It reads like great storytelling. There are no flights of language. It’s just great reporting. And then, for a paragraph or a page, the telling of a story that takes place far from Forest Hills that helps to explain why Ashe and Graebner are playing a certain way or having certain thoughts about their match. To buy “Levels of the Game” from Amazon, click here. To buy the Kindle edition, click here.]

The biographical, historical and psychological passages are surprising. And thrilling — you will be amazed at what Ashe had to overcome, and who helped, and how it worked out. And the same for Graebner, though, of course, the challenges are considerably smaller. But what’s most exhilarating is when the strands merge, and you’re both in the match and inside the players’ heads. Like this:

Now the thought crosses Graebner’s mind that Ashe has not missed a service return in this game. The thought unnerves him a little. He hits a big one four feet too deep, then bloops his second serve with terrible placement right into the center of the service court. He now becomes the mouse, Ashe the cat. With soft, perfectly placed shots, Ashe jerks him around the forecourt, then closes off the point with a shot to remember. It is a forehand, with top spin, sent cross court so lightly that the ball appears to be flung rather than hit. Its angle to the net is less than ten degrees — a difficult brilliant stroke, and Ashe hit it with such nonchalance that he appeared to be thinking of something else. Graebner feels the implications of this. Ashe is now obviously loose. Loose equals dangerous. When a player is loose, he serves and volleys at his best level. His general shotmaking ability is optimum. He will try anything. ‘Look at the way he hit that ball, gave it the casual play,’ Graebner says to himself. ‘Instead of trying a silly shot and missing it, he tries the silly shot and makes it.’

Notice what’s missing: the construction “he thought”. McPhee has no need to step back from the moment and use that writerly qualification. He knows what Graebner thinks — he’s writing from authority. And so every word can drive the narrative forward. The writing has the power and velocity of the game it describes.

Everyone who likes tennis even a little will savor and learn from this book. But even more, anyone who likes good writing — or aspires to write well — should clutch “Levels of the Game” like a lifeline. The way you learn to write, after all, is to read great writing and imitate it until you break through to a style of your own. If that’s your game, start here.