Get Daily Email
Join/Login CLOSE
Home / A&E / Audrey Hepburn, a Black Dress, ‘Breakfast at Tiffany’s’ — Is This a Book? Yes, and You Can’t Put It Down 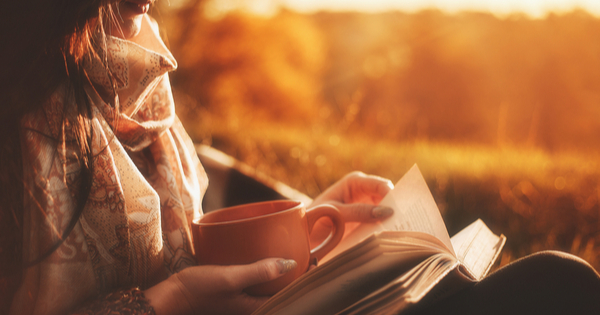 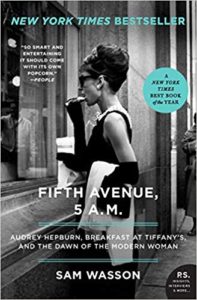 I’ve fallen in love. With a book. A book that is 416 pages — 200 more than my favorite length — with 50 pages of footnotes. And yet I found myself reading it obsessively, even waking up at 1 AM to read the last few chapters. The book is “The Big Goodbye: ‘Chinatown’ and the Last Years of Hollywood,” by Sam Wasson. It’s about the making and meaning of one of the best films of the 1970s, about Roman Polanski, Bob Evans, and Robert Towne, about a change in movies and a change in American culture — it’s close-ups and wide-angles and great stories and big ideas. And it’s a joy to read. It’s not out until February 4, and I’ll review it then; the bold among you will pre-order it here. Meanwhile, here’s a Sam Wasson book I also loved.

“Fifth Ave, 5 AM” is Exhibit A of the kind of book that could keep me home and happy every night. And that’s so odd, because its nominal topic — how the film of “Breakfast at Tiffany’s” came to be made, and why Audrey Hepburn was so crucial to that effort — concerns a book I don’t much like and a film I’ve never watched all the way through.

You just have to like dish (and who doesn’t). Paramount’s head of production hated the theme song — “Moon River.” Babe Paley smoked two packs of cigarettes a day, using an ivory holder. Marilyn Monroe lamented that she never had a home, “not with my own furniture.” Colette “discovered” Hepburn. Akira Kurosawa hated Mickey Rooney.

You have to be interested in how things really work — in this case, how, in a time of prudery and censorship, two smart producers, one savvy director and a sharp screenwriter figured out how to take “a novel with no second act, a nameless gay protagonist, a motiveless drama and an unhappy ending and turn it into a Hollywood movie.” Better: a movie that won two Oscars and was nominated for three more. [To buy the DVD of the film, click here.]

You also have to be interested in a book that has an idea at the center of the narrative — how Audrey Hepburn, a “good girl princess” as pure as Doris Day, helped to change the American distaste for “bad girls” with a single movie. Let me be blunt: in the novel, Holly did not just party, she was a professional, a prostitute, or, as they used to be called, a call girl. And by casting the saintly Hepburn, that moral problem just… vanished. Hepburn, with one movie, inaugurated a general cleansing of girls who don’t color between the lines. Think: Carrie Bradshaw, Lena Dunham.

And then there’s the “little black dress” that Hepburn immortalized.

And, finally, you have to respond to a writer who can tell a complicated story in 200 crisp pages — and who can, at will, fire off zingers like “Truman needed her [Babe Paley] too. She looked good on him.” Or this, also about Capote: “If you could measure a man’s ego by the length of his ego, then this one had no end.”

What’s especially satisfying: where the story begins. Which is to say: much earlier than you think. In 1951, when Audrey Hepburn was not yet magic. With George Axelrod’s 1950s efforts to get sex — as an adult topic, and treated as such — into Hollywood movies. With Truman Capote becoming Himself. In short, as in real life, the back story is key.