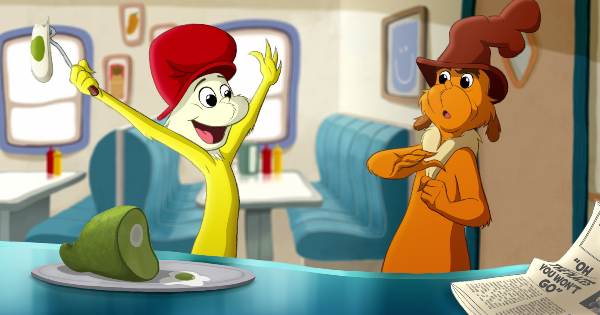 This story gets retold in ‘Green Eggs and Ham’ season 1

I am a huge Dr. Seuss fan. Like many people I grew up reading these stories. I have seen all of the movies and enjoyed watching each one. So when I heard Green Eggs and Ham was coming to Netflix as an animated series I was beyond excited to see it. I was able to get screeners for season 1 and here is my thoughts on them. 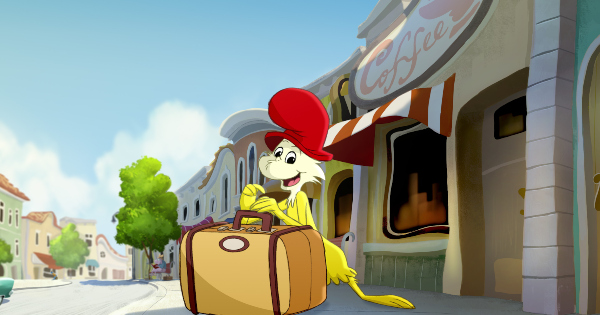 You can read the plot for Green Eggs and Ham season 1 here:

Sam rescues the rare Chickeraffe from the Glurfsburg Zoo, hides it in a briefcase, and attempts to make his way to Meepville where he can charter a cold air balloon to take the Chickeraffe to his island home.

Guy just flopped his last big chance at being a world famous inventor for the industrial Snerz Co. He packs up his invention in a briefcase and resigns to give up on his dreams and become a paint watcher.

Our two mismatched heroes cross paths with overprotective Michellee, whose daughter, EB, desperately wants a pet, and falls madly in love with the Chickeraffe… despite her mother’s fears that it will eat off her face (it won’t).  Michellee’s walled up heart also connects with the heart-hardened Guy. And a laborious love story begins.

Our fakakta foursome are also unknowingly pursued by a bounty hunter goat, two bad guys, and a villain who’s out to get the Chickeraffee as his ultimate trophy. 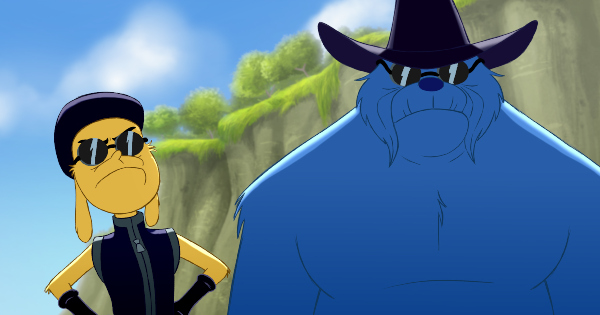 Green Eggs and Ham season 1 was a lot of fun to watch. The theme song gripped me right away and each episode was better than the last. This show adds back stories to these characters that gives them depth and layers they didn’t have before. As this season moves forward you get to see these two friends go on some wild adventures together. If you want to learn more about Green Eggs and Ham click on this website. 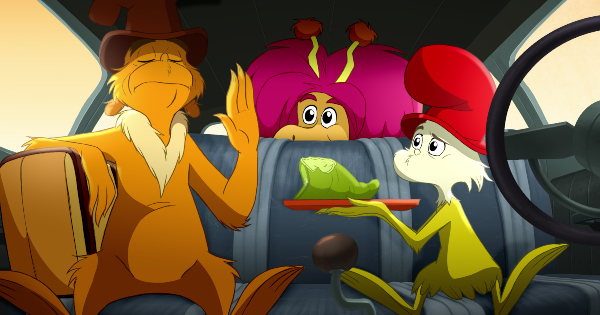 Facebook2Tweet1Pin63EmailShares66
wpDiscuz
Share this ArticleLike this article? Email it to a friend!
Email sent!