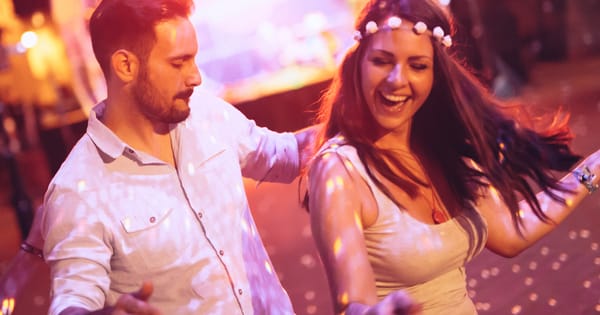 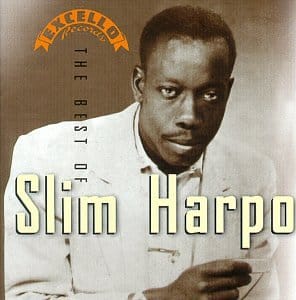 Slim Harpo was born James Isaac Moore in Louisiana in 1924. At 15, he became an orphan when both his parents died. He left school, worked as a dock hand, started playing harmonica with local bands.

He had an early understanding of popular taste. He could deliver dirty blues riffs; he could also write songs that sounded suspiciously like Country & Western. Then his producer created an echo, giving his records a seductive distance that made you want to move into it. He was successful — to a point. He was never a full-time musician; even when he had hits, he operated a trucking business. In 1964, the Rolling Stones recorded one of his songs. Wider exposure followed. He died before he could build on it: heart attack, at 46.

I’m listening often to Slim Harpo because so many of his songs are ferociously danceable: “I’m A King Bee,” “Got Love If You Want It,” “Shake Your Hips.” These and more are on “The Best of Slim Harpo,” an essential collection. [To buy the CD from Amazon, click here.]

My total obsession is “Shake Your Hips.” It could not be simpler, or more urgent:

This music is bullet proof. It does not tolerate a new interpretation; it was born perfect, and must be obeyed. Here’s the original. Slim Harpo:

Here are the Rolling Stones, circa 1972. They’ve modified it; no harp, but a masterful Keith Richards. And has anyone ever done more with less than Charlie Watts?

The song is gender-neutral. Here’s a super-heated Joan Osborne:

Saturday night party music — that’s the theme here. “Got Love If You Want It,” for example:

As they say on TV when the show ends with live music, let’s let the band play us out. In this case: royally.