Get Daily Email
Join/Login CLOSE
Home / A&E / Date Night: This Is Music for Lovers to Want to Hear Their Hearts Beating As One 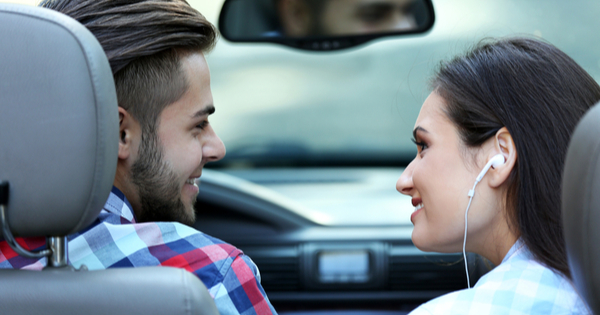 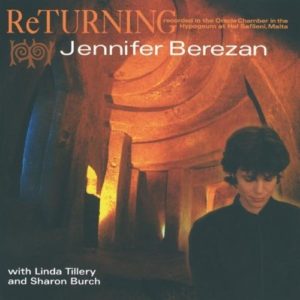 Two seemingly opposing urgencies. 1) Step away from the screen, go out in the world, get stuff done. 2) Be more chill. Go inside, beyond your rage and fear and hurt to the place where you can find peace and value. There are many solutions, starting with meditation. I flunked meditation. I’m getting an A in Jennifer Berezan.

“ReTurning” is one idea, 52 minutes long, not quite a loop, definitely a drone. The idea is hymnal — a chant “returning…. to the mother of us all” — with occasional solos in several languages. It is instantly mesmerizing and calming. I quickly got beyond that and just listened. Closely. The calm resumed. I went somewhere. And, true to the title, I returned.

If you know of Jennifer Berezan, it’s because her music is on the playlist in yoga and meditation classes, massage studios and hospices. It is unparalleled late at night if you have trouble sleeping or want something better in your head than today’s awful headlines. A woman wrote: “Because it plays on almost a continual loop with no clear beginning or end to each track, I could focus on the moment I was in without knowing how much time I had been in labor or worrying about how much time I would continue to labor. I ended up laboring for 23 hours and it would have been harder if I was more aware of those hours passing.”

Berezan knows why listeners respond to her CDs: “We have very little music to help us through experiences of loss and change and death. My interest in using music in this way came to me partly through my own life crisis — an intense period of personal loss and change. I’ve received many letters saying, ‘I used this when my mother died,’ or ‘…when my lover went away,’ or ‘…when I was ill.’” [To buy the CD of “ReTurning” — there is no digital download — from Amazon, click here.]

There’s a story about the recording of this music, but first….

‘ReTurning” was recorded in Malta, in the Hypogeum, an “underground tomb” carved from solid limestone around 4000 B.C. Stonehenge was created around 3000 BC, as were the pyramids. It’s very possible that the Hypogeum is the oldest freestanding temple in the world.

The Hypogeum had been closed to the public for years. Berezan got permission to visit:

A wonderful man named Joe, who is the custodian of the place, allowed me to sing in the oracle chamber. This was one of the most remarkable sonic experiences of my life. The oracle is a room in the larger series of chambers that make up the Hypogeum. It is carved of solid stone. The sound of singing there is not unlike that in the great cathedrals of the world. I have sung in St. James Cathedral in London, as well as in other cathedrals, and this experience was comparable. Yet it was also very different. There were overtones and qualities of different and unusual sounds, and it also seemed that the Hypogeum itself was “tuned” to particular notes. I was singing inside the Earth, in a place that had been used for thousands of years for ritual, for oracles, for prophecy. It was obvious that the people who built it had an incredible understanding of acoustics, and of the value

Months of negotiation. She got permission to record there – for three days. About that experience:

Initially I described the experience as being in an “altered state,” but as I felt into that I realized that it was a deeply “authentic state.” The world “out there,” after I left the Hypogeum, seemed to be the altered reality.

There’s another Berezan CD that might appeal to you, “In these Arms, A Song for All Beings. Based on two Buddhist priorities — loving kindness and compassion — she recorded it in Korea with 250 Buddhist nuns. [To buy the CD from Amazon — there is no digital download — click here.]

So who is Jennifer Berezan? Born in Canada. Studied comparative religion at the University of Calgary. Played on street corners in France and Germany, then in clubs and cafes throughout Alberta. Began playing at political events and studying patriarchal societies. She organizes a yearly Women’s Aurora Borealis retreat in the Yukon. She often leads a 90-minute Monday night session of meditation and chanting in Berkeley. For information about these events and her occasional concerts, click here.

Let her have the last word: “There were moments when we were singing that time and space seemed to become nonexistent. It felt as if something were opening, as if the crack between the worlds were widening. That felt deeply familiar to me.”