Get Daily Email
Join/Login CLOSE
Home / A&E / Daylight Savings Ends. Use the Extra Hour to Stay up Late With This Thriller 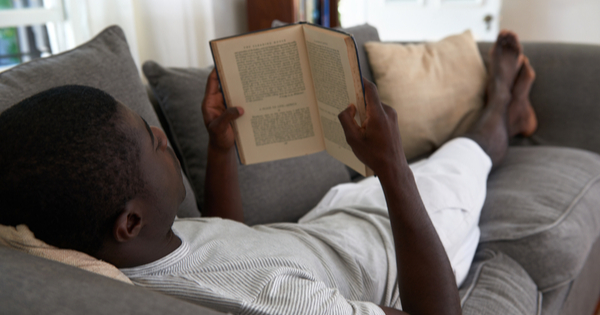 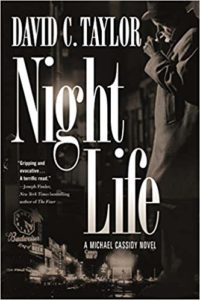 WEEKEND ESCAPE: California’s burning. Washington’s churning. Here is the gift of several nights of reading so thrilling you might just ignore the news cycle. How often do I read thrillers?

How often do I stay up until 3 AM, manically turning pages so I can see how a thriller ends?

And yet reading until my eyes blurred was exactly what happened the night I opened “Night Life,” by David C. Taylor. I had modest expectations. I was aware of Taylor as a friend to several good friends. You know how it is. When good friends circle you… And, more to the point, when the book — a first novel, a noir thriller set in 1953 — is nominated in the Best Novel category for an Edgar Award. News flash: “Night Life” has won the Nero Wolfe Award for 2016.

The first paragraph was a great, politically acute start. (“The CIA kicked the Red son of a bitch Mosaddegh out of Iran and put the shah back on the throne where he belonged. That showed the Russkis not to screw around in the Middle East.”) And then a nothing event: a woman being beaten in a hotel room. Followed by a something event: a New York cop, Michael Cassidy, rushing in, recognizing the pimp as a cop, and tossing him out a third floor window. Followed by a confrontation on a sidewalk with Roy Cohn. Was I hooked? Who wouldn’t be? [To buy the book from Amazon, click here. For the Kindle edition, click here. When you’ve read “Night Life,” you’ll want to go right on to Taylor’s second Michael Cassidy thriller, “Night Work.” For my review, click here.]

Cassidy gets around — his father is a rich theater producer who lives on Park Avenue, his godfather is a Mafia don — but he has, in 1953, no reason to know Cohn. So he is less than respectful. This doesn’t fly.

Right there, on page 23, you know that much is going to go wrong for Cassidy. And that it just might have something to do with a nothing moment on New Year’s Eve, when five people exited the Waldorf, one of them a woman in a red dress and a mink coat.

We know Cassidy has blundered because we recall the McCarthy era, when the junior Senator from Wisconsin went on a witch hunt and found Communists everywhere. (For more, see my review of Shooting Star: The Brief Arc of Joe McCarthy.) McCarthy was everything Ted Cruz is, and more. Roy Cohn was less complicated: a self-hating gay man who pretended to be straight. When I knew him, handsome young men flew in from Los Angeles to spend the night with him. They were met at the airport. In the morning they were driven to the airport. The new bulge in their pants was cash.

Connect the dots, and Roy Cohn leads you to two other closeted gay men, J. Edgar Hoover and his lover, Associate Director of the FBI Clyde Tolson. As they say in old movie trailers, “see them as you’ve never seen them before.”

Beyond portraits of some dangerous patriots, what’s in “Night Life” for you? Great fake tough guy dialogue: ”You want to go get loaded? I always work better with a hangover.” Bitter realism: “Unless she had turned into a twenty-five-year-old blonde, his mother was not the woman with her hand in his father’s pants pocket.” Add an acute sense of a vanished New York, the New York of jazz clubs and men in hats. And vivid characters: Michael’s unlikely lover, some dodgy FBI agents and some CIA agents who, of course, are not supposed to be doing any domestic investigations. Violence? Plenty, none of it textbook.

Most of all, Taylor delivers a plot as tight as Charlie Watts’ snare drum. I don’t want to give much away, but it seems that any man who might have attended a New Year’s Eve party at the Waldorf Towers is getting killed. Why? And why are they all gay?

The secret of a great thriller, I’m coming to realize, is a credible plot and set pieces that don’t read like set pieces — yes, we’ll accept less, but we thrill to stories and characters that feel new. Well, “Night Life” is 332 pages of new.
—