Get Daily Email
Join/Login CLOSE
Home / A&E / ‘Empire’, Took a Leap of Faith, and Nailed it! 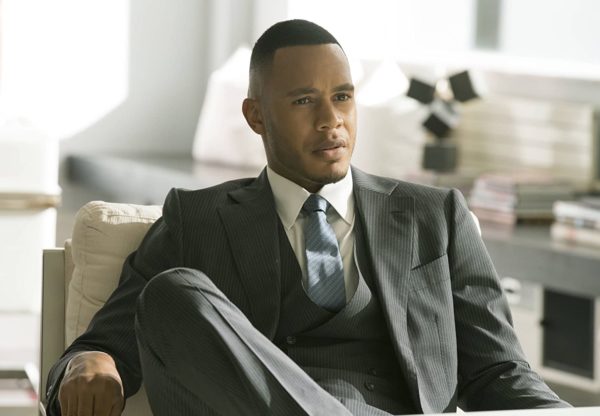 However, I am spinning around on the desk chair in my living room, shouting, Yes, at the television. Wow, they did that, they wrote that! I was feeling that appreciation for the writers of Empire at that moment. I was cheering like that standing ovation for Leonardo DiCaprio when he received the Oscar® for Best Actor for his performance in “The Revenant” at the 88th Academy Awards in 2016. I’m a movie buff, and I could go on with this jargon, but let me get on with it.

My thoughts on April 8th, 2020, were; the writers on this tv show decided “hugs not drugs” (One of the Narcotics Anonymous slogans). How do people move forward and be in the world drug-free? Support, love, forgiveness to self and others, and connections are on the top of the list. I would never be writing about this television show if I didn’t have anything good to say at this time. I usually watch cringing. I was astonished at what I saw transpire.

I watch the show with my son season after season. I make comments that there are millions of people having all kinds of human behaviors that are not using illness language. Just in case he ever found himself needing support, he would have the awareness that I did not have at twenty-three years old. Why I would worry about that is because of the injustices that are happening in the world. I am still living from paycheck to paycheck, and this mental health thing a majority of the time is about poverty and health disparities.

Becoming homeless when I was twenty-nine years old with my three children, eleven, six and three years old, seeking help meant homeless shelters, social workers, mental health workers, psychiatrists, and disability checks. It was not glitz and glamour of television directors, actors, writers, and producers selling millions of dollars’ worth of advertisements. (I digress.) On with it!

I don’t watch television regularly anymore.  Even during this COVID-19 pandemic, I’ve kept it off, except once per week. I turn it on to watch two shows on Hulu with my young adult son. We watch Empire and Mixed-ish together. The phrase you will hear a lot when we are watching Empire is, “Mom stop, just watch the show, I know already.” I have to admit I sound like a broken record and got tired of even hearing myself.

So, I stopped talking and started watching. The last few episodes I started saying, this guy needs an Emmy Award for his acting. He is playing this part magnificently. He is showing every human emotion of pain. Last week’s episode, when he didn’t get to marry the woman that he forced to marry him, he ripped the room apart.

There is so much happening in this episode as the writers gear up for the finale. When the pain is tormenting the character Andre, his grandmother, encourages him to take the pill and feel better, and calling the tormented part of him evil. It seems like the writers are telling people that the pill will solve all of your problems. I cringed, but I said nothing because I know what it is like to be tired and just need a rest so the mind could stop its relentless chatter. People get to choose for themselves what works best, the thing I’ve come to learn about is informed consent.

He doesn’t want to talk to the tormented part of himself. I said out loud, don’t be afraid, face the fear. My kid says, “what?” I said, embrace yourself, don’t hurt yourself, know the light and the dark. I’ve come to understand that what I don’t know is what I fear, so it’s best to know all parts of myself. It is not people’s opinion of me that defeated me but internalizing it and defeating myself. Getting to know myself, I’m able to speak up for myself, know my worth, and have some confidence to take risks, fail, learn, let go, and move forward.

Next scene, he breaks out the hospital, and of course, you’re thinking what’s going to happen next. Then he is in the car, and the tracker can’t find the wife and son. They are protected. He won’t find them. That’s good, right? Nope, not if you are labeled “mentally ill.” He calls and says his son is depressed and suicidal and threaten the people that his son’s blood would be on their hands if anything happens to his son. They let him have the link to the wife and son’s location.

Okay, there was another lesson that I had to speak up. I’m sure everyone like us was enjoying all the great acting. However, I learn from people like Eckhart Tolle, author of The Power of Now, to keep a little awareness inside of myself when I’m watching these shows or binging on Netflix. Awareness of what is happening around me and inside of me so then I am not completely taken over by outside influences. I could stay in the present moment and not lost in thoughts or emotions especially when they are not mine.

I am quite sure that people know what it feels like to be enraged. So, we get caught up in the moment of the performances. I hope people are also getting that message right there because that is the real message. That is the message that matters; you have no rights if you are labeled “mentally ill.’ That is the significant concern of the consumer, survivor, ex-patient mad/recovery, or the psychiatric user survivor and ex-patient movement. The loss of one’s human rights due to what other people think about you in the name of “helping you.” Of course, my son said, “okay, mom, just watch the show.” So back to the show, doors are breaking down, knives are taken out, and we watch to the end intently.

When he is drowning the part of himself supposed to be his dead brother, I said to my son; he’s drowning himself. Have you seen Fight Club?” Just pointing out that these are just camera directions and the fascination of the mind with drama. I remember a person told me they became a psychiatric nurse because they saw the movie A Beautiful Mind. I mention this because we need more real stories shown in the mass media without the camera tricks. For example, the movie 55 Steps. I saw it at the 2018 NARPA Conference, but it didn’t get to the big screen. The mass media promotes the status quo and seems to fight change and keep more of the same even though our world has to change to work well for everyone continually.

Then the scene finally shows that he is putting his own head in the bathtub, gripping on the sides of it for dear life. What do you think happens next? He stops drowning himself, gets up, and he hugs himself. He says, I should have loved you a long time ago? (paraphrasing) I’m screaming and clapping, the choir is singing.

And I’m saying yes, yes, love yourself, embrace yourself, forgive yourself. Love, yes, love every time. Wow, these writers to a leap of faith and nailed it this time! I think they have been doing research and talking to real people who came through a dark night of the soul, being spiritual beings having this human experience. Keep doing the hard work people; let your voices be heard. Let your light shine.

Don’t get too excited if you are thinking he is saved by going to church. Noticed the church is empty, and the singing and music are all coming from within him. Perhaps at one time, he received a blessing there and kept it in his heart, and now it awakens his spirit. It is not the people or the pastor preaching or judging him. He is finding his strength within him. I have to point this out because I am never pushing religion on anyone. I know everyone gets to choose for themselves. I am aware of the history as described in “Can I Push It.”

I also know that next week’s episode, he could be back in therapy and taking pills on the show. That is real life as well. It is a journey. You should get to define for yourself as you keep on learning and growing.

Mitzy Sky shares her journey through writing, spoken-word-storytelling, and videography. She’s consciously unlearning messages that she unconsciously learned that hindered her from living wholeheartedly. She is a published author in the anthology Imagining Monsters book, online magazines The Good Men Project, Mad in America, The Inner-City News and Advocacy Unlimited Newsletter. She is the creator of the Beyond the Story© project and Blogger/Vlogger at mitzysky.com. 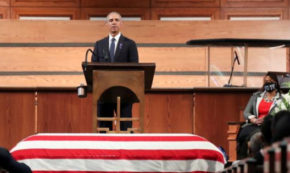 Facebook86Tweet1Pin2EmailShares89
wpDiscuz
0
0
Would love your thoughts, please comment.x
()
x
| Reply
Share this ArticleLike this article? Email it to a friend!
Email sent!