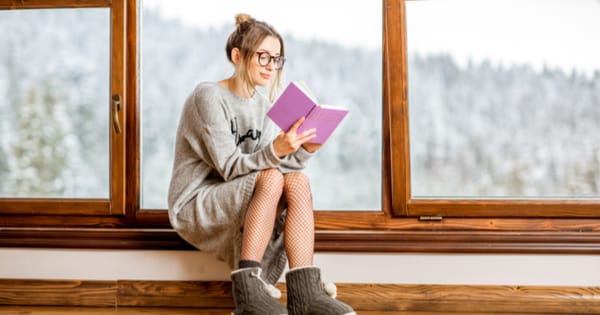 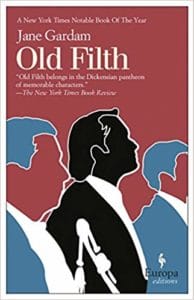 Books can take you anywhere. So says the old cliche. In brutally cold weather, these novels have taken me far away — to warmer, sunnier places. Turn on the reading light. Settle in. And go….

Old Filth
Jane Gardam didn’t start writing until she was 43 and the youngest of her three children was off to school. Now 85, she has published 25 books. She’s the only writer to have won the Whitbread for best novel twice. She’s been nominated for the Booker. Among Those Who Know in England, she’s on a very tall pedestal. In 2005, Gardam was short-listed for the Orange Prize for Fiction for “Old Filth.” Let’s not misunderstand: Filth means “Failed in London Try Hong Kong,” which is what Edward Feathers did. He became a rich, successful lawyer there, and then a judge, and now, as the novel begins, he’s 80, and, with his wife Betty, retired to the English countryside.

Beautiful Ruins
Italy in the 1960s, Hollywood in the 1960s, Hollywood now, World War II, the set of “Cleopatra,” the Donner party, Seattle, the Edinburgh Fringe Festival, Idaho — and then there’s the massive cast might make you nervous. The proprietor of “The Hotel Adequate View,” a six-room, three-table nothing of a resort in an Italian coastal town only accessible by boat. Richard Burton and Elizabeth Taylor. A Hollywood publicist turned producer. A novelist who can’t get beyond the first chapter. An unproduced screenwriter. A singer-comic. An assistant film executive whose boyfriend can be found at strip clubs. And — I almost forgot — the woman who seems to be at the center of all this, a young American actress named Dee Moray, who was briefly in “Cleopatra” and has come to this nowhere hotel because she’s been told she’s dying of cancer.

The Quiet American
Alden Pyle is an American fresh out of Harvard who comes to Vietnam intending to do good. Instead, he fatally misunderstands the reality of the situation and leaves carnage in his wake. Yes, he’s a “quiet American” but just as dangerous as a noisy, vulgar one. As someone says of him: “I never knew a man who had better motives for all the trouble he caused.”

The Good Earth
Pearl S. Buck’s novel won the Pulitzer Prize. It won the Nobel. “The Good Earth” was even annointed by Oprah, making any praise from me both minor-key and redundant. I remember it as a lurid tale. Wang Lung, a simple farmer, has sex with O-Lan, his wife! O-Lan gives birth in the fields! [In fact, she doesn’t.] Wang Lung visits a brothel! Wang Lung takes a mistress! Several loose women and a few bad men smoke opium! I recently re-read “The Good Earth” — and it’s a different book now. It’s still a love story, and a passionate one at that, but the love is named right in the title — this is a novel about one man’s romance with the earth.

The Moon and Sixpence
When we meet him, Strickland is a London stockbroker and a bore. Married 17 years. Two kids. No opinions of note. ‘There was no reason to waste one’s time over him,’ the narrator — a stand-in for Maugham — concludes. But then Strickland bolts. Leaves the wife and kids behind and heads to Paris. Another woman? Everyone assumes so. The narrator goes to Paris on a mission. And finds Strickland alone. Strickland’s explanation: He wants to paint. Yes, he’s 40. He doesn’t know if he has talent. But nothing matters — he must paint. And does. In Paris, and then Tahiti.

This article originally appeared on The Head Butler