Get Daily Email
Join/Login CLOSE
Home / A&E / Feel You’re up to Your Chin in Stupid and Evil? Here’s a Dose of Smart and Loving. 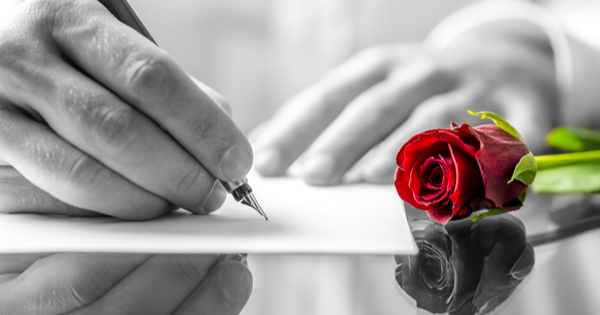 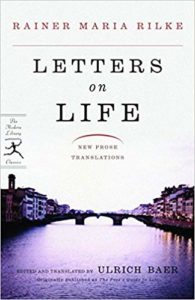 At some point in your romantic life, you gave someone — or, better, someone gave you — Rilke’s “Letters to a Young Poet.” Decades later, it no longer embarrasses me that I gifted this book several times. I thought it gave me instant superiority: a little too good for this world, and, more to the point, good enough for her. Which made us two sensitive souls in a world that would never understand. A group of two. Us.

Rainer Maria Rilke, the greatest German poet of the last century, wrote these letters to a young cadet who was torn between a military career and the life of the artist. Rilke didn’t comment on the cadet’s writing. (That was probably just as well — the cadet chose the military and, on the side, produced some unmemorable writing.) Instead, Rilke wrote from the mountaintop, where the poet doesn’t pen verses but is a different order of human being, who embraces suffering and misfortune as readily as beauty and happiness.

The giver of such a book benefits by the association. Consider:

“Perhaps all the dragons in our lives are princesses who are only waiting to see us act, just once, with beauty and courage. Perhaps everything that frightens us is, in its deepest essence, something helpless that wants our love.”

“I hold this to be the highest task of a bond between two people: that each should stand guard over the solitude of the other.”

“Try to love the questions themselves, like locked rooms and like books written in a foreign language. Do not now look for the answers. They cannot now be given to you because you could not live them. It is a question of experiencing everything.”

(Quick, if you have a potential recipient in mind, do as others have for generations, and order “Letters to a Young Poet” now. To buy the paperback from Amazon, click here. For the Kindle edition, which can’t be inscribed with a meaningful phrase, click here.)

Now to the grown-up version, Rilke’s “Letters on Life.” Rilke was a prodigious correspondent, and an idiosyncratic one — on his desk was a pen for letters and another for “real” writing. But that suggests a false distinction; some of the 7,000 letters he wrote are rough drafts of poems. And the ideas in the letters are often the same ideas as the ideas of the poems, just expressed more directly.

Grown-up letters, grown-up ideas. Some lines at the start of the book set the tone:

“Do not believe that the person who is trying to offer you solace lives his life effortlessly among the simple and quiet words that might occasionally comfort you. His life is filled with much hardship and sadness, and it remains far beyond yours. But if it were otherwise, he could never have found these words.”

And then it’s on to letters arranged by theme: work, nature, death, goodness, and, of course, love. Yes, this is a good book to read as a manual for living — and to give to someone who is, like you, a little too good for this world. [To buy the book from Amazon, click here. For the Kindle edition, which can’t be inscribed with a meaningful phrase, click here.)

What does Rilke have to say on these topics? Here, see if he speaks to you, speaks for you:

“I confess that I consider life to be a thing of the most untouchable deliciousness, and that even the confluence of so many disasters and deprivations, the exposure of countless fates, everything that insurmountably increased for us over the past few years to become a still rising terror cannot distract me from the fullness and goodness of existence that is inclined toward us.”

“Wishes are memories coming from our future!”

“What is necessary, after all, is only this: solitude, vast inner solitude. To walk inside yourself and meet no one for hours — that is what you must be able to attain.”

And this, on love, going out to my special recipient, in lieu of an inscription:

“There is no force in the world but love, and when you carry it with you, if you simply have it, even if you remain baffled as to how to use it, it will work its radiant effects and help you out of and beyond yourself: one must never lose this belief, one must simply (and if it were nothing else) endure in it!”

And how hopeful is this:

“I have never understood how a genuine, elementary, thoroughly true love can remain unrequited since such a love is nothing but the urgent and blessed appeal for another person to be beautiful, abundant, great, intense, unforgettable. And tell me, who would be in a position to refuse this appeal when it is directed at him… No one can seize, take, and contain within himself such love: it is so absolutely intended to be passed onward beyond the individual and needs the beloved only for the ultimate charge that will propel its future orbiting among the stars.”

I could not possibly have said that better.