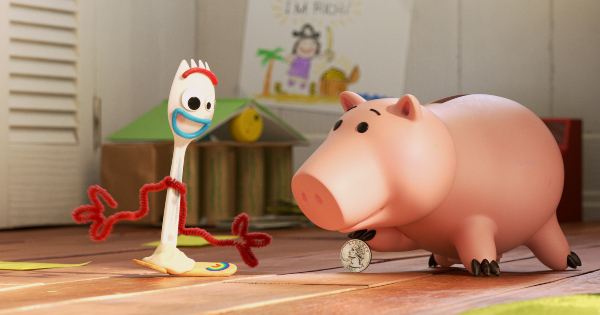 Forky asks his first question in ‘What is Money’

Toy Story 4 was a really good movie. It introduced a brand new character named Forky. He stole the show in this sequel, and fans fell in love with him. Now he is getting his own set of shorts on Forky Asks a Question. His first question he asks is ‘What is Money’. I was able to watch a screener of this short and here is what I thought of it.

You can read the plot for ‘What is Money’ here:

Hamm attempts to give Forky a lesson on how the US monetary system works.

Forky wants to know the answer to an important question in ‘What is Money’. Ham does his best to explain it to him, with mixed results. Just when he seems to understand, it becomes clear he still doesn’t get it. If you are a fan of Forky then this is a short you will want to check out.

Forky Asks a Question ‘What is Money’ airs November 12th on Disney Plus.