Get Daily Email
Join/Login CLOSE
Home / A&E / He Was the Most Famous Whistleblower in Our History. Your Kids Know Nothing About Him. 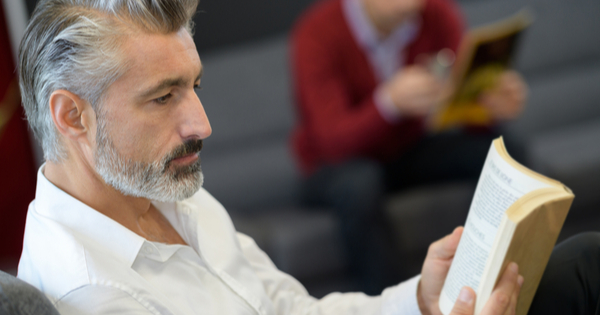 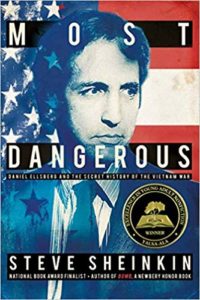 Whistles are being blown. They’re being blown by patriots, at great personal risk. It is entirely possible that these people will save our country from the death of the Constitution and the beginning of despotic rule. Your children probably have no understanding what whistleblowing means. You may be forgiven for not knowing much. This book is a terrific primer for kids. And though it’s a YA book, it will be a page-turner for you too.

“They came to California to ruin a man. Not to kill him, not literally. But the next best thing.”

What kind of book begins like this? A thriller. In this case, a political thriller.

Who is the intended reader? The publisher categorizes “Most Dangerous: Daniel Ellsberg and the Secret History of the Vietnam War” as a Young Adult book, suitable for students as young as 13. And it has been highly praised in that category. It won the 2016 Boston Globe-Horn Book Award for Nonfiction. It was a National Book Award finalist and a finalist for the 2015 Los Angeles Times Book Prize for Young Adult Literature. And it was selected a National Book Award finalist.

If you have a kid who likes history… a kid who watches the news, or better, reads it… who has been known to ask questions about what’s going on… get this book. Steve Sheinkin is the only reputable historian I’ve read in years who turns history into a page-turner. Literally. [Read an excerpt from the start of the book.]

I read these 324 pages on 2.5 hours, stopping only to get up and walk around. I needed to walk around because the subject of this book is government lies — decades of them. These lies caused the deaths of 58,000 Americans and more than 2 million Asians. They bled our economy and debased our psychic currency. Villains? There are plenty: Eisenhower, Johnson, McNamara, Nixon and Kissinger, for openers. Heroes? They start with Daniel Ellsberg. And his discovery of the truth about the war. This book is a thriller that’s full of those facts.. [To buy the hardcover from Amazon — it’s cheaper than the paperback — click here. For the Kindle edition, click here.]

Here are some facts: No one who’s third in his class at Harvard joins the Marines. Daniel Ellsberg did. Then he became an analyst at the Rand Corporation, where he was such a rising star he was recruited to work for Robert McNamara’s main assistant at the Department of Defense. His job: keep his bosses current on North Vietnamese forays into South Vietnam. The Bay of Tonkin incident — a North Vietnamese “attack” on an American destroyer that was more invented than real — occurred on his first day at Defense.

Ellsberg was a “hawk.” He believed in the “domino theory” — we needed to keep Vietnam “free” so the Communists couldn’t, country by country, take over all of Asia. And he believed LBJ had a smart policy: “We seek no wider war.” And yet Johnson did authorize a much wider war — simply because he didn’t want to be the first American President to lose a war.

There was a safe in the office of Ellsberg’s boss. Ellsberg had the combination. And he couldn’t resist. He read the secret memos that said we’d need 200,000 troops in Vietnam just to prevent a catastrophe. No memo predicted victory. But if we couldn’t win, we could still kill; for the next three years, American planes dropped an average of 800 tons of bombs a day on targets in Vietnam.

One night he tried to open the safe. It didn’t work. Someone had changed the combination. The next day his boss told Ellsberg that he was “overqualified” — and he was moved away from the secret memos. Still, he’d read enough to know Johnson and McNamara were lying about the “progress” we were making in Vietnam. But he was still a believer — he could live with government lies.

Ellsberg went to Vietnam and saw the realities of “body count” and “kill ratio.” And he came to understand that 175,000 American soldiers would have to die for the United States to reduce enemy forces enough to achieve even a modest military victory. That was an unthinkable number. But no politician had the courage to tell the truth.

As he tells this story, Sheinkin presents fascinating vignettes: the experiences of American POWs… the bombing of Vietnamese civilians… Ellsberg’s weeks at the war… bodies warehoused so American generals could see enemy dead close-up… McNamara weeping into the curtains of his office… A hundred pages of this, and your blood pressure will spike.

And now the second stage of the thriller begins. Ellsberg is now back at Rand. And there he has access to 7,000 highly classified pages — the secret government history of the war, what he’ll call “documentary evidence of lying, by four presidents and their administrations, over 23 years.” There never were good intentions. There was only politics. The war in Vietnam had been wrong from the start.

Ellsberg breaks the insider’s code. He speaks out. And then he photocopies 7,000 pages. What happens next is nail-biting. The effort to get sympathetic politicians to reveal the contents of the Pentagon papers. The cloak-and-dagger meetings with the New York Times. The prospect of arrest for treason. The internal debate at the Times. Publication. The Walter Cronkite interview: “I think the lesson is that the people of this country can’t afford to let the President run the country by himself.” The White House reaction.

And this, from Henry Kissinger: “the most dangerous man in America” who “must be stopped at all costs.” And from Nixon? The White House “plumbers” are turned loose on Ellsberg.

The book has now come back to the start: men determined to ruin Ellsberg. It ends with Nixon’s resignation. Because it is, as they say, the cover-up that ensnares the white collar criminals.

How did Steve Sheinkin come to write a book on this unlikely but uncannily topical story? By accident: “The idea came from a photo of a file cabinet. Seriously. A photo in Smithsonian Magazine. What got me was the dent in the top, where someone had obviously tried to break in. Then I learned the burglars were working directly for the Nixon White House, and that they were cracking open the cabinet to get information that could be used to destroy a man named Daniel Ellsberg. From there, I was hooked. What had this guy done to warrant this incredible – and incredibly illegal – reaction?”

Read this book, and you’ll know everything Ellsberg did.