Get Daily Email
Join/Login CLOSE
Home / A&E / Holiday Weekends. Friends in the Hamptons Forget to Send the Chopper for You? 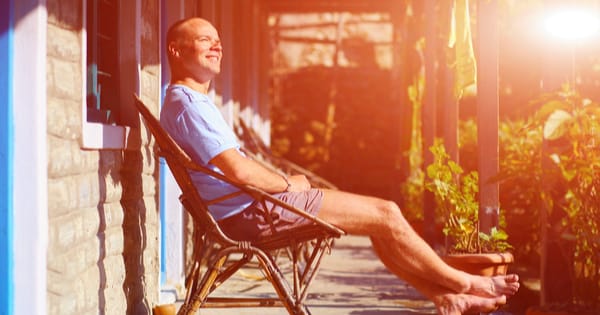 “Game of Thrones” ended. The stupidest movies Hollywood can make are in the theaters. The President will play golf and blast out terrifying tweets. No one has sent a chopper to take you to the Hamptons. What to do? Consider these…

ROLE MODEL
Robert Caro: Working
Caro is the most acclaimed non-fiction writer in America. He has won the Pulitzer Prize for Biography — twice. He has won the National Book Critics Circle Award — three times. And the Gold Medal in Biography from the American Academy of Arts and Letters. And, in 2010, he received the National Humanities Medal from President Barack Obama. He writes very long books. “Working” is short: 207 pages. It tells the story of his work methods — years and years of research, years and years of writing and rewriting. It is the deepest book I’ve read in a long while, and it gives me fresh reasons to admire Caro: his dedication, his character.

THE MOVIE TO SEE
A.O. Scott, in the Times: “’The Souvenir’ is one of the saddest movies you can imagine, and it’s an absolute joy to watch.” Exactly: the story of a young woman and her first love, who is, from the start, a bad choice, and, at the end, a tragedy, is the rare movie that you don’t watch as much as feel — Joanna Hogg has written/directed a slow-motion horror movie that makes you want to shout “Turn back!” at the screen. Honor Swinton Byrne, who isn’t an actress, gives an overwhelming performance. As does Tilda Swinton, her mother, playing her mother. It’s in limited release. Worth traveling a great distance to see…I mean, to feel.

TAKE NOTES!
Moleskine Notebooks
Basquiat? Dylan? The notebooks are attractive, and they’re limited editions. But any updating is unsettling. Because in a world of fads and scams, Moleskines are the real thing, a gold standard. The leather-like cover takes more wear than you’ll ever give it. The elastic band is useful both to keep the notebook closed and to mark your place. There’s an inner pocket to hold business cards, receipts, and small photographs. The spine is sewn, not glued, so the cover lies flat when it’s opened. The paper is acid-free. They last.

CRIME AND PUNISHMENT
Furious Hours: Murder, Fraud, and the Last Trial of Harper Lee
Two books in one — and both are sensationally good. One is about Reverend Willie Maxwell, a black preacher in Alabama, who heavily insured his wives and other relatives… and killed them for the insurance. The other is about Harper Lede, 16 years after she published “To Kill a Mockingbird,” needing a new book to write, finding it in Maxwell’s trial…. And not writing it. Here is the book Harper Lee wanted to write, and couldn’t. And a book about herself that the obsessively private Harper Lee wouldn’t have dreamed of writing. In 275 pages, Casey Cep has written both.

COOKBOOK
Lee Bailey
He started small. A shop. Then a department at Henri Bendel. Then books. Very successful books — “Lee Bailey’s Country Weekends” won the Tastemaker Award for Best Cookbook in 1983 and has sold more than 150,000 copies in hardcover. Although he was constantly entertaining friends at his Manhattan penthouse and his house in the Hamptons, he didn’t make a big deal of his dinner parties. “Casual” was his mantra. And “easy.”

FOOTWEAR
Allbirds
There are many reasons for the rise of Allbirds. Start with ecological correctness: Allbirds are made from knit wool and castor bean oil. Add gender nullification: The two primary styles (lounger and runner) are unisex. Add simplicity of pricing: Every style is $95 (kids styles are $49-$85). And, most of all, sockless comfort. And now — trumpet flare — Allbirds has introduced a new shoe for women: Tree Loungers. Think of them as ballet flats for the 21st century, correct for the office and… why not… the ballet.

SPICE
Nam Prik Asian Chili Hot Sauce
Nam Prik is an Asian chili sauce that’s both spicy and sweet. Nam Prik (pronounced: nam-preek, literally “fluid chili”) isn’t like all the other smartly-labeled sauces you see on grocery shelves. It delivers fire and flavor, adding personality to eggs, Mexican food, Asian dishes, meat, and chicken entrees — it could be the next Sriracha.

SERIOUS READING
Annie Ernaux: The Years
I don’t know what to call “The Years” — history? memoir? — but I do know it’s the best book I’ve read this year. The story of her life… and maybe yours too.

SELF-CARE
Anthelios Sunscreen
What’s so great about Anthelios with Mexoryl? Dr. Vincent DeLeo, Chairman, Department of Dermatology, Founding Director, Skin of Color Center, St. Luke’s-Roosevelt and Beth Israel: “It produces a product which gives us almost perfect protection against sunshine.” Dr. Darrell Rigel, clinical professor of dermatology at New York University: Mexoryl “is the No. 1 individual ingredient in terms of protection from Ultraviolet A radiation.”

TRAVEL
Travel Anywhere (And Avoid Being a Tourist): Travel trends and destination inspiration for the modern adventurer
You do not want to open “Travel Anywhere” if you have been drinking or toking. First, you will turn down the corners of pages of destinations, hotels and restaurants that are particularly appealing. Then you will go to the Web to see what it costs to go there. And then, if you are sufficiently blitzed, you will grab a passport and rush to the airport.

Not bad for an 18-year-old first-time novelist. In case you’re thinking the book is a 130-page stunt — an easy-to-promote coming-of-age story by a girl just coming-of-age herself — think again. “Bonjour Tristesse” delivers characters of considerable sophistication in an achingly sophisticated plot in a gloriously sophisticated setting: summer in a large white villa on the Mediterranean.