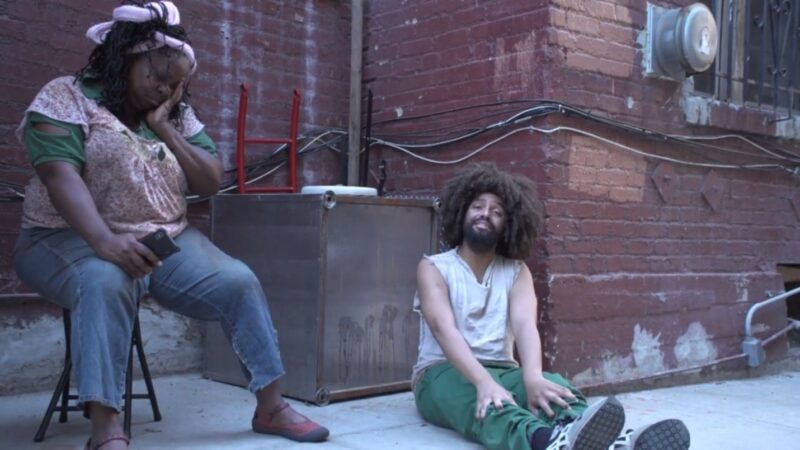 Homeless Sam & Sally – The Movie is perhaps the first-ever to focus more on the comedy than the trials and tribulations that people face by being homeless. This film’s over-the-top scenes has the feeling of yearning more hope for the characters, but it still leaves you a little bit of mystery — and I mean this in the most praising way possible. It’s witty and puts a modern spin on homeless theme movies like Pursuit of Happyness (2006), The Lady in the Van (2015), Time Out of Mind (2014), etc.  Submerged in poverty, a lack of money, possibly drugs, and mental illness, but we know we’re really just want to know how this family became homeless in the first place.

Will they be able to survive living on the street day-by-day? Or will they come up with a way to get out of poverty like Chris Gardner (Played by Will Smith) in the Pursuit of Happyness. Multi-Award-Winner Writer, director, executive producer, and actor Tyrone Evans Clark has already been honored a few awards from the Couch Film Festival (Best Director, Nominated for Best Short Film) and other prestigious festivals from all over the world for this feature.

Tyrone is drawing from the same well of a bitter, morally compromised Los Angeles that he starred in for 2010’s Investigating Free Money (U.S. Farm Report), but Homeless Sam & Sally – The Movie, is comical and is inspired by real-life events. Investigating Free Money is extremely serious/dark, and Tyrone really goes in with his interviewer Misha Dibono about his past life as a homeless man while trying to make it in the city of Los Angeles.

Sam Silver is a troubled and mentally touched teenager who is played by Tyrone. This character is a manifestation of Tyrone’s past life as a homeless man. Sam is raised by his strong mother Sally Silver (Margaret Newborn) in Koreatown, Los Angeles. In the home scenes, it’s very clear that they live in a run-down / low-income apartment. Sam dips and dabs out of reality with his imaginary friends (George Sepa) and enemies (Max Aria, Kevin Scarlett). Major issues arise when the Silver Family is informed by the Landlord – Josh (Mehmet Edip) and the police (Mark Schaefer, Darnell Baldwin) that they have to leave the premises ASAP.

The mother doesn’t take this so well and gets into a big altercation with the cops. Sam is forced to figure things out on his own while his mother copes with her new jail-cell-life.  Foolish (Romeial Hilaire) and his girls Rebecca (I. Vega), Beth (Selene Rojas Alcover), and Susie (Camille Calvin) crash into Sam’s life unexpectedly with the idea of a house party. Foolish felt the house party would be a good way to come up with the bail money and Sam agreed while low-key thinking of ways to come up with the rent money too. Sam has frequent blackouts/flashbacks at the party and on the street with his homeless mother during the transitions of past and present sequences throughout this story.

At this point, it is very clear that Sam has a mental illness and is not aware of it. His friends question his mental state at the party and the cops decided to stop by. There’s even a big controversial scene regarding a refrigerator and an imaginary character “The Red Face Creature Thing” (Max Aria). There’s a build-up of anticipation that comes with this hilarious scene, and it all comes back to Sam losing his marbles.

Homeless Sam & Sally – The Movie is very original in its storyline, with the focus on a family who unexpectedly became homeless. Scenes where a homeless teenager and his mother reminiscing on the street while processing their new poor reality. One of the best and most funny sequence-fantasy-scenes takes place in the Silver’s Apartment, where Sam, has filthy thoughts about the cops. This is another key scene that is establishing his mental condition.

Tyrone really has an extremely clever storyline and knows the right amount of detail to express without giving too much of the story away. There are plenty of subtlety elements in this film such as the imaginary friends/enemies, symbolic objects, Easter Eggs, and the placement of time (past/present) that really help bring this movie alive.

It’s very clear that Tyrone had to relive his life mentally as a homeless young man battling with mental illness. Homeless Sam & Sally – The Movie ultimately makes you a little bit more compassionate for homeless people. But some spectators might get offended by some scenes in this film and others might be able to see Tyrone’s artistic vision of pain wrapped in comedy. Tyrone Evans Clark has given a new looked and views on Koreatown, LA living.

His spicy characters help push the story along and the actress Margaret Newborn plays the hell out of the character Sally. Tyrone’s Homeless Sam & Sally’s Universe is a place worth exploring and has some kind of vintage feel about it. Homeless Sam & Sally – The Movie starts to somewhat confused you slightly at the beginning of the revealing of the plot but after it’s made its point, it’s very pleasing to witness the story slowly navigating together.

This content is brought to you by Eliana Peyton. 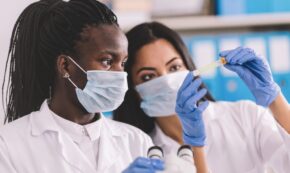 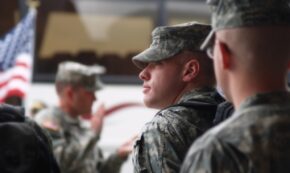 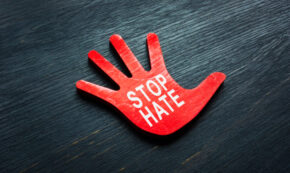 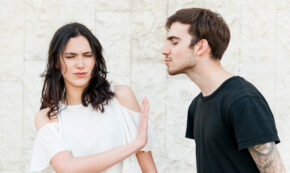 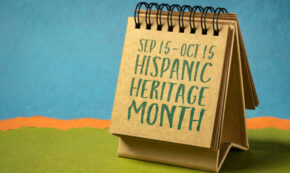