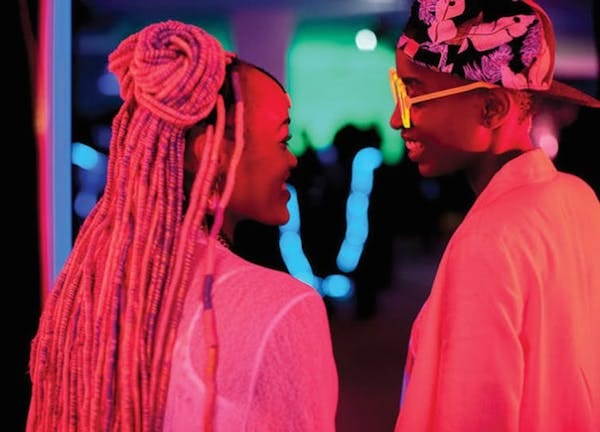 Artistic freedom was always tenuous in Kenya, but it’s become even less so since Uhuru Kenyatta became president in 2013. The political pendulum has swung against political dissenters, intellectuals and a handful of media institutions that still believed in objective journalism.

Progressive gains made under the previous administration of President Mwai Kibaki(2002-2013), such as the freedom of press and speech, have disintegrated. In particular, Kenyatta and the men overseeing the country’s cultural landscape, have rolled back artistic freedom by banning films that attempted to expand identity or interpreted it differently. The most prominent example is Rafiki, a recent Kenyan film that was banned for “promoting lesbianism”.

Historically, artistic freedom has always been the outcome of struggle. For example, stage actors initiated the first struggle when post-colonial administrations outlawed theatre groups because actors associated themselves with institutions such as the University of Nairobi and Kenya National Theatre (see Ngugi wa Thiong’o’s Decolonising the Mind). By and large, the two institutions hosted the most vocal government critics. It became standard procedure for the government to ask theatre groups to submit play scripts for “assessment” before it could issue a performance license.

Recently, however, a progressive group of young filmmakers has changed the contours informing cinematic themes. Ambitious and daring, they have inspired a national dialogue of what constitutes free speech as encapsulated in the country’s new Constitution, as well as artistic freedom, and individual and societal identity.

Unlike their forebears, young filmmakers are increasingly embracing cinema as an ideal platform on which to construct a pluralistic identity that includes the LGBTQ community. This has offended the government’s sensibility. Consequently, it has brought cinema under heightened scrutiny.

In September 2014, the Nest Collective, a production company that produced The Stories of Our Lives, applied for a license to distribute and exhibit the film. They received a rejection letter from the Kenya Film and Classification Board, a government agency that regulates film content, which claimed that the film had obscenity, explicit scenes of sexual activities and it promotes homosexuality which, is contrary to our national norms and values.

The classification board drew the producer’s attention to a piece of legislation – the Film & Plays Stage Act – that borrows heavily from the colonial government’s The Stage Plays and Cinematography Exhibitions Ordinance, 1912. During the colonial period the ordinance was used to censor Hollywood westerns to shield African audience from undesirable ideas such as kissing, sex, shooting and nudity.

Rather than evoke Kenya’s Constitution – which protects the “freedom to seek, receive or impart information or ideas”, and the “freedom of artistic creativity” – to sue the board, the Nest Collective retreated. It took its case to social media, where, as expected, it died.

Four years later, classification board officials banned Rafiki in May 2018 because, as they pointed out, it contained,

homosexual scenes that are against the law, the culture and moral values of the Kenyan people.

It warned that anyone found in possession of the film would be in breach of the law in Kenya, where gay sex is punishable by 14 years.

The film’s director, Wanuri Kahiu, sued the Board. She argued in court that the ban violated her constitutional right to free speech and artistic freedom of expression. Kahiu insisted that Kenya is,

The country’s high court agreed with her. They lifted the ban for seven days, allowing the film to be screened and become eligible to be submitted as Kenya’s entry for Best Foreign Language Film at the Oscars.

The censorship of cultural productions doesn’t happen in a vacuum, nor is it a random act designed to secure imagined norms and values. It is a calculated and premediated act of subjugation and an act of authoritarianism. In the cultural sphere this begins when the ruling class imagines and constructs a national identity that encompasses nonexistent and undefined principles — such as moral values and norms. It then moves to create competing categories of people, “us” versus “them”. Once this is complete, the chips are expected to fall in place.

However, young filmmakers are resisting this path. Resisting it is the only way in which artists can ensure they retain a freer artistic spaces. But that requires acts of courage. As Martin Luther King Jr reminded the world in 1963 from a Birmingham jail:

This, exactly, is what Rafiki‘s Kahiu did when she sued the government. It’s what the Nest Collective failed to do. Local artists seeking artistic freedom must follow in Kahiu’s footsteps and peel back the veneer that legitimises censorship.