Get Daily Email
Join/Login CLOSE
Home / A&E / Is Rihanna Barbadian or Jamaican? Jamaican Twitter Claims the Superstar as Their Own 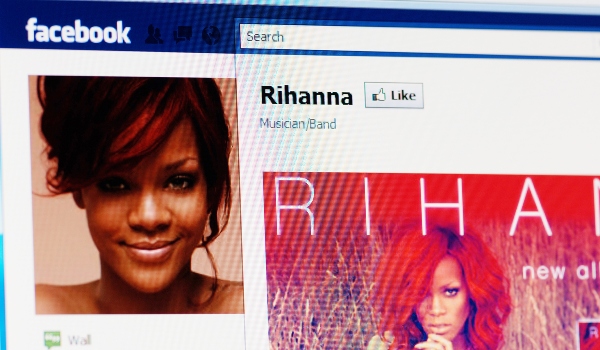 Yes, the superstar singer, Rihanna, is from the Caribbean island of Barbados, but for a while, some social media users wondered whether she was, in fact, from Jamaica.

Despite talk of regional unity, rivalry among Caribbean islanders is real. On social media, this usually boils down to little more than witty banter, point-scoring and humour, especially on quick-fire Twitter. But when Barbadian Twitter users poked fun at the Jamaican dollar exchange rate, Jamaicans did the next best thing — they claimed Rihanna as their own:

Jamaicans, you know, if we pretend like Rihanna is Jamaican, the world will believe us, and there is nothing Bajans can do about it.

Wanting a bit of fun, they began to rewrite Rihanna’s history, with a lot of help from Photoshop — that allowed Rihanna to allegedly “win gold” for Jamaica in the Olympics, outdoing star track-and-fielder Shelly-Ann Fraser-Pryce (who really is Jamaican!):

She was also spotted at a KFC:

A well-known Instagrammer even got the Jamaican prime minister involved:

Eventually, the whole thing became so huge that organisations began to play to the online interest it was drumming up —the United States Embassy in Jamaica, for instance, grabbed the opportunity to advertise their college fair:

Looks like Rihanna. Could it have been Rihanna at last year’s College Fair? Come on out to EdUSA’s College Fair! Kingston, Jamaica. You never know who may show up! pic.twitter.com/uoVqG4E1st

Small businesses jumped on the bandwagon, too:

Jamaica’s party politics naturally had to creep in, prompting one Twitter user to share a photo of Rihanna in party colours (both of the country’s political parties claimed her as their own):

And she has never missed a Party Conference #RihannaIsJamaican https://t.co/ScUGh1Drpj

One especially popular photoshopped effort was the image of Rihanna on a 500 Jamaican dollar note, in place of national hero, Nanny — a clever dig at Barbadians’ original criticism about the weakness of the Jamaican dollar.

A Barbadian businesswoman based in Jamaica, A. Cecile Watson, shared an imaginary conversation with Rihanna:

Many have been calling on Rihanna to speak up to defend herself against the claim that she is Jamaican. Bajans are disappointed because she hasn’t spoken up and Jamaicans are tickled pink by her silence. And I wondered which side of the argument RiRi was likely to fall.
So I decided to ask her! And did she ever sing! […]

Me: So Riri what have you been up to whilst #RihannaIsJamaican was exploding all over Twitter.
RiRi: Werk, Werk, Werk, Werk
Me: So how did you hear about it?
RiRi: Pon de Replay
Me: What do you have to say to the Jamaicans?
RiRi: Love The Way You Lie

These were not the only musical connections made:

Yes sir that is @rihanna playing the music of her fellow country man @konshens at her book launch #RihannaisJamaican https://t.co/xEiwrIiVEF

Never forget when Rihanna won Magnum King and Queens of dancehall couple years back and release the song Tun Up with Baby Cham #RihannaIsJamaican pic.twitter.com/tp6tCUyiDW

The fact that the hashtag even made it onto a Canadian television station (and that even virtual assistants like Siri were completely confused) proved the point that many wanted to make — don’t mess with Jamaican Twitter:

#JamaicanTwitter look what y’all did we done made it on Canadian news 👏🏾👏🏾👏🏾 this jus show how powerful Jamaican twitter is #RihannaIsJamaican pic.twitter.com/3PF7BRrWF9

Not only did Siri suggest at one point that Rihanna has dual nationality, but Google’s virtual assistant also produced the “fact” that Rihanna was born in Kingston, Jamaica:

Rihanna’s Wikipedia page was also updated for a while to reflect her new birthplace.

Although this raised issues concerning where virtual assistants source their information — and how easy it appears to be to circulate “fake news” via social media by changing “facts”, Jamaican Twitter users didn’t back down. Rather, one noted wickedly:

The saddest thing for Bajans out of all this #RihannaIsJamaican saga is that it’s been going on for several days now and not once has Rihanna come out to deny any of the Jamaican allegations. 😂😂😂😂

Another Jamaican, however, pointed to the role of humour for Jamaicans in overcoming difficulties:

The now epic #RihannaIsJamaican heist is a great example that the Jamaican sense of humour, like our creativity, runs very deep (the penchant for humour also shines in the dynamics of our native language). It has been a valuable asset that has helped us survive many hard times.

Meanwhile, Rihanna just launched a book and will soon debut her new album. She’s focused on her fashion line and a month-long breast cancer campaign through her charitable foundation. The Barbadian is much too busy to respond — but maybe she’s having a chuckle.

This post was previously published on globalvoices.org and is republished here under a Creative Commons license