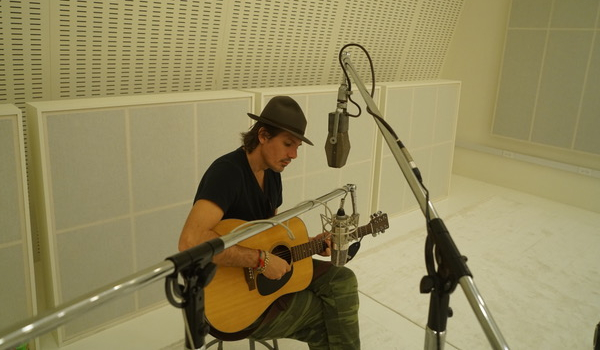 Lukas Haas, the notable actor/musician known for his work in films such as Inception, Mars Attacks!, 24, The Revenant and many more cult films since he was a boy, debuts a new social media savvy music video and song as part of his upcoming EP, paying homage to today’s social media/Instagram and texting culture. The genius video for “She’s In My Head” was an original concept created and directed by Lukas Haas. This was Haas’ first time directing, and his innovative angle and unique thought process offer an exciting, fresh, MUST-WATCH music video that is sure to resonate with its viewers, especially millennials, taking a swing at the emotional complexities and shallow nature of Instagram. The song is now on iTunes and Spotify. 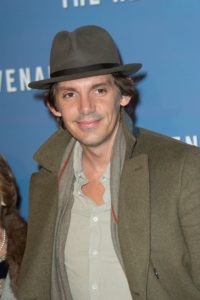 Haas will officially debut the music video on Youtube tied to the Mammoth Film Festival 2020 shorts category on March 1, 2020. The shorts category will feature the directorial debut of indie-rock experimentalist and actor Lukas Haas as he takes a swing at the emotional complexities and shallow nature of Instagram in a music video that transcends categories for his new single “She’s In My Head.” The multi-faceted creative weaves a tale of obsession by way of iPhone in the track’s accompanying video, delivering a harsh societal critique in the process.

Other films in the festival, in its third year, include the world premiere of Tony Hawk’s Pretending I’m A Superman, the never-before-seen Quentin Tarantino documentary QT8: The First Eight in 35MM presented by Kodak, Peter Facinelli’s Hour of Lead, Zac Efron’s Off The Grid, and more.

The multi-faceted creative weaves a tale of obsession by way of the iPhone in the track’s accompanying video, delivering a harsh societal critique in the process. In addition to Haas’ extensive list of TV and film credits, the video marks his directorial debut and was co-directed with Ariel Vromen. Watch here: https://vimeo.com/384453960

The lush indie-tronic track details an honest frustration with the current state of emotion in the modern age, with Haas’ voice floating above the beat as he details the common predicament of not being able to shake someone from your thoughts—and the inescapable urge to see what they’re up to via social media.

I wrote, “She’s In My Head” when I witnessed my buddy obsessing over this girl he had recently met and going through her Instagram. Immediately, I thought, ‘I know that feeling well.’ Once I had recorded the song, I wanted to find a way to express that experience, and a friend showed me the screen record option on my phone. It gave me a way to show the exact experience that I’m talking about in the song.

Lukas has played and toured with Outkast for the release of their iconic 21-week Billboard Hot 100 single, “Roses,” which he performed on stage with the group on Letterman, BET, and Good Morning America Awards performances. Haas opened for Macy Gray at London’s legendary Brixton Academy and toured Japan in the band Bunny with Vincent Gallo where they made pentatonic music that drew away from traditional song structure.

Lukas Haas on the Web: