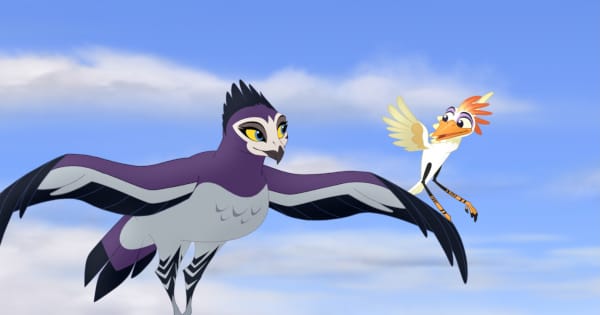 The Pridelands have had it rough this season. Not only is the dry season going on, but Scar is back and causing chaos all over the place. The Lion Guard has had their hands full stopping every plan he has hatched. Now deadly fires are breaking out all over the Pridelands in ‘Fire From the Sky’. I was able to watch a screener of this episode and here is what I thought of it. 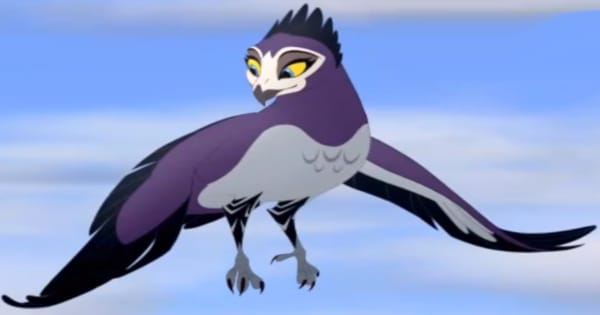 You can read the plot for ‘Fire From the Sky’ here:

To combat the vultures dropping flame sticks from the sky, the Lion Guard seeks help from Hadithi and a Martial eagle named Anga. 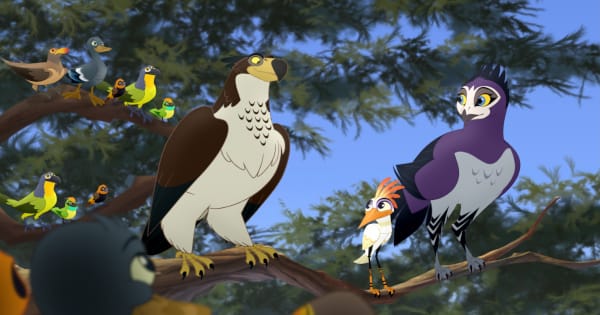 The Pridelands face another threat in ‘Fire From the Sky’. Ono tries to find out who is behind it, but sadly can’t fly high enough. So Beshte decides to introduce The Lion Guard to a friend he thinks can help. They are able to find out who the culprit, but it is clear they will need help to take them down. The Lion Guard go to see Hadithi who is happy to help out anyway he can. With all the birds of the Pridelands banded together it may be enough to stop this new plan before great harm is brought to the Pridelands. If you have enjoyed this season so far you won’t want to miss this episode. If you want to learn more about The Lion Guard click on this website.

The Lion Guard ‘Fire From the Sky’ airs Monday April 22nd at 2pm. You can follow this show on Facebook.

Facebook141TweetPin3EmailShares144
wpDiscuz
Share this ArticleLike this article? Email it to a friend!
Email sent!