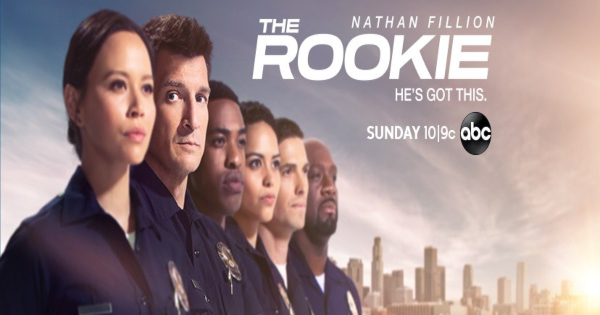 Nolan bumps into an old flame in ‘The Night General’

Last time on The Rookie, these recruits received shocking results on their latest training exams. Yet the captain didn’t want to reveal who got what scores. Once he did, it shook one of them to their core. Meanwhile Nolan is having a hard time seeing things in certain crime scenes, and wonders why Jessica doesn’t feel the same way. As this episode comes to a close it looks like the next phase of their training has begun. Now Nolan bumps into an old flame on patrol in ‘Night General’. I was able to watch a screener of this episode and here is what I thought of it.

You can read the premise for ‘Night General’ here:

Nolan teams up with new night detective Nick Armstrong for a murder investigation case that results in an unexpected reunion with a former love interest. Meanwhile, Officer Bradford reluctantly accepts help from Officer Chen as he prepares for his sergeant exam, and Officer West pursues an unconventional move after finding himself in need of a new home.

Things heated up for Nolan pretty fast on this episode. Not only was it awkward running into someone he hadn’t seen in years, but the case he was working with Nick takes a dark turn. It looks like someone might be out for revenge, and they have to work fast before it is too late. Meanwhile Officer West has to find a new place to live quick after something happens at his current residence. An option comes his way that sounds ideal, but luckily a friend steps in and gives him a better choice. As this episode comes to a close Nolan and Nick find a way to close their case, but not the way he would have liked to. If you want to learn more about The Rookie click on this website.

Facebook2Tweet1Pin2EmailShares5
wpDiscuz
Share this ArticleLike this article? Email it to a friend!
Email sent!