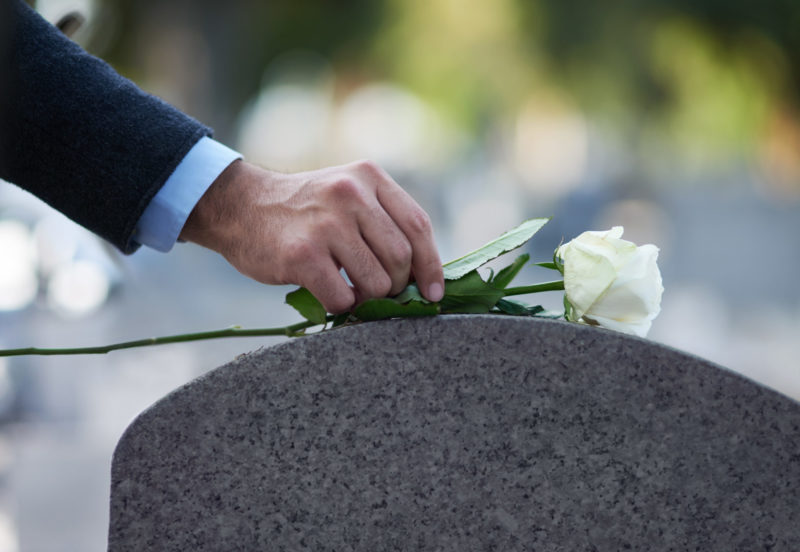 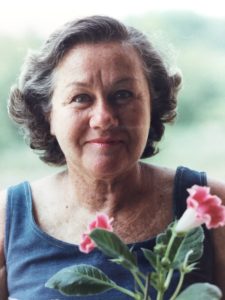 Almost a decade ago, I told my mother how I’d begin her eulogy: “Does anyone need any wooden hangers?”

That was a metaphor. My mother was a collector, not a hoarder. The vicuña coat she bought at Orbach’s in 1958 has lived, ever since, on a wooden hanger in a special bag in her closet, the sales check in a pocket. Hanging next to it, along with her best costume jewelry, is a copy of the beaded dress that Barbara Mandrell wore to the Grammy Awards. My mother didn’t wear it for decades, but she’ll wear it at her internment today — or, as she liked to put it, her move to her “condo.” Pearl Kornbluth thought of everything.

She spent her last year in an assisted-living residence three blocks from my brother Richard in La Jolla. She saw him, his wife and their daughters regularly. Because macular degeneration had taken most of her sight, we hired kind and patient Ashley to read to her. I called every day; she was often confused about facts and dates, but she could recite poems I’d long forgotten. Then the lockdown began. Every day she said the same thing: “I am determined to see you all when this is over.” The good news is that when she weakened, she weakened quickly. Vanessa, an aide who deserves a statue, sat with her and held her hand. I kept calling, saying the appropriate things. She reacted to my voice, then she didn’t, and on June 18th she died.

Pearl Greenwald Kornbluth was 103. At that age, no one speaks of a tragedy. They say, “It was time.” No argument here. When the residence called with the news, my brother and I texted one another with the same message: Amen.

When you’re born in 1917 and your parents aren’t rich, you grow up fast. Pearl was 12 when the Crash of 1929 hit. She got a part-time job after school selling pants: “They’ll wear like iron!” She made tomato soup from hot water and ketchup. Her parents found the money to send their son to college; their brilliant daughter, who read and wrote and dreamed of studying literature, got a job.

Sam Kornbluth was her boss at Macy’s. He was handsome. A champion swimmer. Also socially damaged, a gift from his parents, who were possibly the most proudly ignorant people ever to flee Latvia. In 1940, two weeks after the wedding, my mother had what they called a breakdown. Friends suggested an annulment. But that would have been to admit failure. She became a coat-and-suit buyer for a Detroit specialty store, had a good eye and unlimited energy, did well. I was born in 1946, Richard two years later.

We moved to Kansas City, where my father had a big job and my mother bought a big house. There was real silver and good china and slipcovers. And friends. My father’s job ended abruptly, and we moved to Houston. To Winston-Salem. To Boston. To Philadelphia. Each time, my mother sold the change to us as an “adventure.” Finally, to our relief, back to New York. My father’s new job seemed secure. My mother worked in the executive offices of Pepsi, where she had an expense account and a pad of Joan Crawford stationery that I’d use, years later, to write notes of introduction to European film directors.

Sons as replacement husbands — that’s a story as old as Judaism. My father paid the bills, and was, I’ve learned, quietly proud of us, but our mother was our advocate and cheerleader. When I was 8, she got the Winston-Salem paper to print my first book review. That led to a printing press scaled for kids, with rubber type you set with tweezers; it took forever to produce an issue, but there was my byline. When Richard was 8, he asked for a professional microscope and, to shave slices of tissue tissue-thin, a microtome; after he got them, I don’t recall seeing him for years.

Pearl had a dream for her sons: Groton. FDR, the great love of her life, went there; why couldn’t her boys? Well, because when we visited, the director of admissions told us, “There’s only one Jew at Groton, a math teacher who was a friend of Einstein. Don’t apply. You won’t be happy here.” My mother assured him our application would arrive soon. She knew we’d be rejected as surely as she knew salmon swim upstream.

One school accepted us, and in 1960, my brother and I went off to Milton. We were 15 and 13. When our parents dropped us off, I didn’t see my mother weep. But driving home to be alone with my father? She never said.

It followed that I edited the Milton paper and had a summer job writing for a New York weekly at 17, and that my brother would get perfect scores on College Board exams in subjects he had never studied in school, and that we would both go to Harvard and that our mother would frame our diplomas and my brother’s graduate degrees and hang them prominently in the longest hallway and make every new guest take the tour of the most expensive art our parents would ever own.

In 1976, one last move, to Nashville. For Pearl, it was like a second birth; she started a business, joined the auxiliary police, was active in the synagogue. And, for the first time in decades, she had friends she saw regularly, friends who loved her wit and charm and understood that my father was, as Molly Ivins said of George H.W. Bush, “every woman’s first husband.” But when Sam died, in 1998, she was unmoored. We were surprised; we hadn’t grasped that the man who sat in his chair, hiding behind a newspaper, was the platform on which she danced.

I was working in Virginia, childless and between marriages. My brother was living in California, with tenure, a solid marriage, two young daughters and a house. We made Pearl move to La Jolla, and although she said she’d never forgive us, she forgave us. Watching her grandchildren blossom was the continuing joy of the last two decades of her life.

Those who saw Pearl as a benign housewife made a serious mistake. In 1958, for reasons unknown, I was flunking ninth grade Pennsylvania history. Pearl made an appointment with the teacher. “Mr. Lyshon, Jesse says you don’t even know who she is.” He said, “Of course I do, I can picture her right now.” Pearl, sweetly: “But Mr. Lyshon, Jesse is a boy.” That spring, I got the history prize. In 1970, my brother, a philosophy major, found out he was next in line to be drafted. Lacking any bone spurs, he suddenly remembered his love for a microscope and decided to apply to medical school — just two months before the school year started. Only one med school would consider accepting him so late, but the admissions officer rejected him because, he explained, they had already filled the class. Pearl went to see the dean, who said, “We don’t even have a chair for him.” And with that, she went out to the hall and dragged in a chair. Thus was launched my brother’s brilliant career. Just another repetition of the mantra that she learned early and drilled into us: “There’s always something more you can do.”

My brother was her rock, managing her finances, taking her to Costco half a dozen times after she lost her hearing aid. Three thousand miles away, I played verbal tennis with her. This was not always a joy. She wasn’t pleased when I defined “elder abuse” as “a hundred-year-old woman abusing a seventy-year-old man.” But more often than not, conversations ended with her asking, “What can I do for you?” and, in winter, “Are you wearing a hat?”

My brother wrote Vince, the liaison from the mortuary, to tell him that our small family would meet him at the interment. Vince: “We have determined that if anyone from the family meets the mortuary staff at the crypt for the interment, that counts as a graveside service for which we charge an extra $800.” Richard, immediately: “Pearl specifically said that she did not want a graveside service, so we are canceling this.” Hours later, Vince wrote: “We will allow family to watch Pearl’s casket be placed in the crypt and sealed. This will not be considered to be a graveside service and hence will not incur a charge.”

Why the change? I believe that Pearl, from the great beyond, hurled a thunderbolt at Vince. And then, having fractionally increased our inheritance, she will now be free to turn her attention from the crypt she personally selected to a crypt one down and over: Goldberg the Dentist. In New York, I’ll say a prayer for her. And then one for Goldberg. Because after she badgers him for better dentures, Pearl could surely bore him to a second death with stories of her sons, the Pulitzer winner and the Nobel laureate.
—