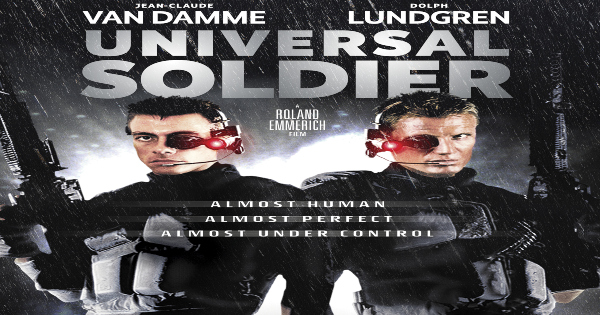 I enjoy a good action film now and then. A good one will have that perfect blend of action and a strong story. Sometimes one of these elements is lacking which makes for a terrible film. When I heard Universal Soldier was coming to 4K Ultra HD I hoped I might get to watch it. I was able to get a review copy and this is what I thought of it.

You can read the plot for Universal Soldier here:

Soldiers Luc Deveraux (Jean-Claude Van Damme) and Sgt. Andrew Scott (Dolph Lundgren) killed each other in Vietnam. But their demise proves to be just the beginning for the U.S. government, which brings both men back to life decades later for a secret anti-terrorism program.

I wasn’t that impressed by Universal Soldier. There were a lot of over the top action scenes, felt like overkill after a while. The plot wasn’t that interesting, and dragged one more than once. The ending was also way too long and at times never seemed to want to end. Some people might like this film, but I would recommend steering clear of it.