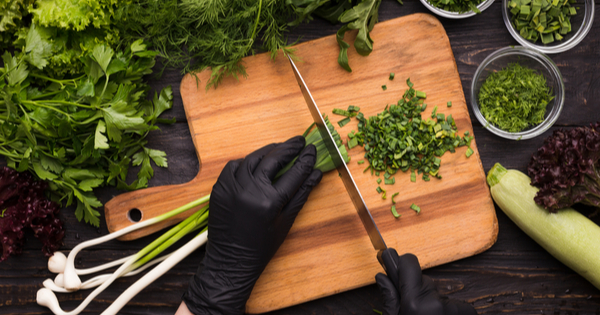 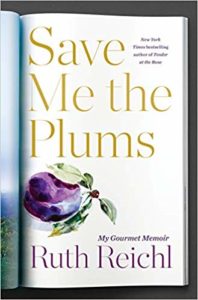 Food matters. As M.F.K. Fisher said, “There is a communion of more than our bodies when we share food.”

Gourmet Magazine mattered. For decades, it was a stuffy collection of recipes and unsurprising articles, and then, in 1999, Ruth Reichl became its editor. She was an unlikely choice. She’d run the food section of the Los Angeles Times and she was the restaurant critic for the New York Times, but she’d never managed a New York staff and most definitely hadn’t worked at Condé Nast, which publishes Vogue and Vanity Fair and is notoriously elitist. Like this: Early in her tenure, when Reichl was checking into economy class, she saw the architecture critic Paul Goldberger standing in the first-class line with the New Yorker editor David Remnick. Goldberger reprimanded her: “You’re at Condé Nast now. You shouldn’t be traveling like that.”

Ignoring as much of the Condé Nast culture as possible, Reichl re-imagined Gourmet, inspired her staff, thrilled readers and critics. In case you needed proof that Si Newhouse and his colleagues were not geniuses, Condé Nast shuttered the magazine in 2009. In one day. No final issue. Nothing. “I’d fortified myself against the pain of being fired, but this was worse,” she writes. “They had murdered the magazine.” Meanwhile, Bon Appétit survives. You make the call.

Here are some samples:

One of the last great trips that I took was for one of the last issues of Gourmet, which was the Paris issue. I had thought, “It’s so too bad that you can’t eat in Paris for five dollars a day anymore.” But I wonder what the modern equivalent of five dollars a day is? We kept having these meetings and thinking about some young person we would send to eat. One day in this meeting I said, “You know, I want to do that.” I went with my beloved travel editor, Bill Sertl, and we spent a week staying in really cheap hotels and spending as little money as we could, only going to museums on the days that they were free. We made an arbitrary cut-off that we would not spend more than 32 euros for a meal, wine included. We would only take the Metro. It was so much fun and the food was so delicious. Anybody who tells me that you can’t travel inexpensively… you can.

Again, from that no-frills trip:

The air was filled with the soft melodic thrum of French, its cadence a kind of music. From the kitchen came the comforting thunk of pans and the scent of roasting meat, onions in butter, a hint of thyme. The wine was young, slightly sharp, but well made. The waitress kept our glasses filled.
The food was simple but very fine: a pile of petit gris, the tiny shrimp you find only in France, still in their shells. Fat white asparagus, simply steamed and drenched in sweet butter. A plump roast chicken with fresh morels and a sauce made of cream so rich it gleamed like gold. A handful of tiny strawberries, a cloud of chantilly, a wedge of Brie.

She can also do the Great Meal. Here she is having lunch at Pierre Gagnaire:

A crimson sorbet arrives cradled in a small glass dish. I dip in a spoon and a tumble of tomatoes, herbs, and horseradish, terrible in its cold tartness, assaults my mouth. The sorbet buzzes against my tongue, shocking me into the moment. One more bite, and I am experiencing the food with psychedelic intensity.
A tiny onion tart, no bigger than a fingernail. I’m thinking this is the most beautiful food I have ever encountered. Airy puffs of pastry enfold bits of fish and slices of caramelized apples that crunch and crackle merrily inside my head. Adorable shrimp dumplings nestle into leaves of lettuce, the sweet pink meat peeking shyly from each jade wrapper. The flavor is delicate, tender, and so seductive I want to keep it in my mouth forever.

“Delicate, tender, and seductive.” Also “robust” and “bold.” But you’ll fill in your own adjectives.