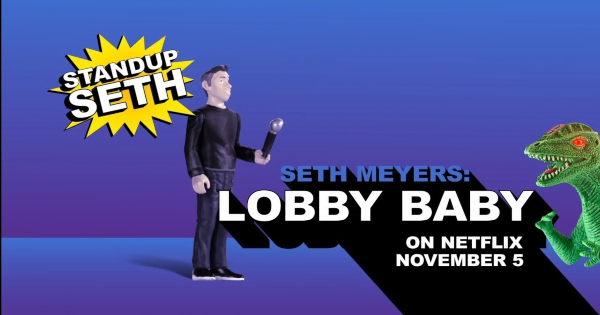 I can’t say I have ever watched Late Night with Seth Meyers. I do remember him being pretty funny on Saturday Night Live though. When I heard he had a new comedy special coming to Netflix called Lobby Baby I thought it might be good. I was able to get a screener for this stand up special and this is my thoughts on it. 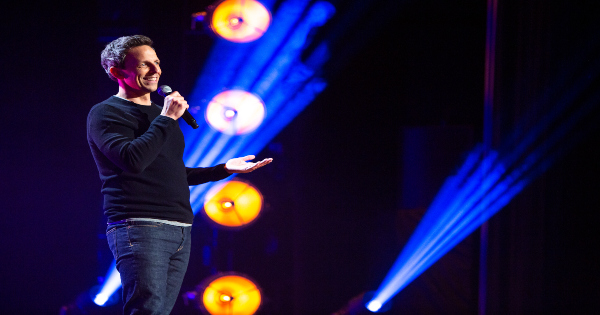 You can read the plot for Lobby Baby here:

Late Night host, Seth Meyers, steps out from behind his desk and onto the stage at the Pantages Theater in Minneapolis to explain to his fans that you can love a lobby baby as much as a hospital baby…in time. In his Netflix comedy-special debut Meyers touches upon family, fatherhood, and why you should never take your girlfriend to Paris for her birthday. 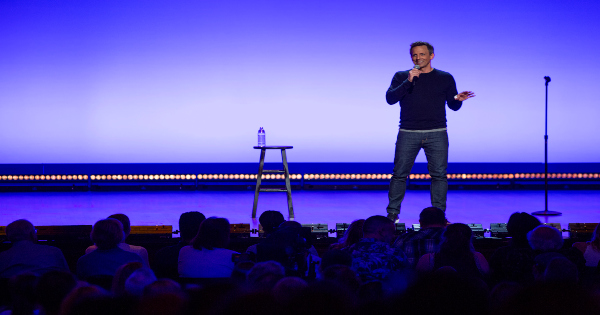 This stand up special made me laugh a lot. The jokes were clever, well thought out and just hilarious. Seth Meyers does a wonderful job here, and proves he can do stand up quite well. If you are a fan of this comedian then this is a stand up special you will want to check out. 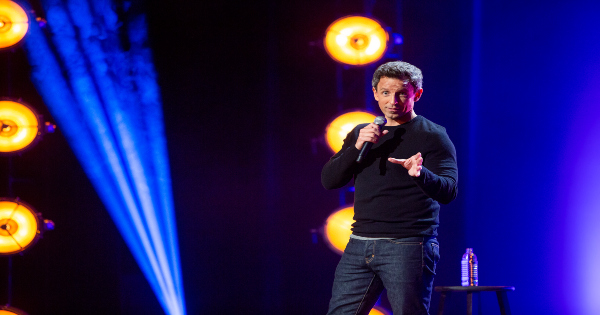