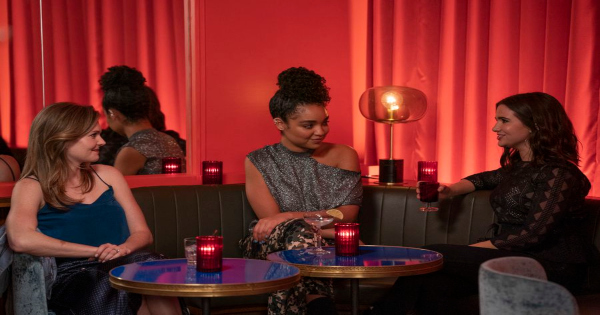 Sutton makes a bad choice in ‘Tearing Down the Donut Wall’

Last time on The Bold Type, Jane took on a difficult assignment. She had to go to a sex club to help her write it, and it was not an easy thing for her to do. For a moment she thought it might help out a problem her and Ryan have been having, but that didn’t go so well. When her friends showed up to help, it definitely eased some tension for her. As this episode came to a close she made a bold choice, one that was a good thing for her and Ryan in the end. Now Sutton ends up overstepping her bounds in ‘Tearing Down the Donut Wall’. I was able to watch a screener of this episode and here is what I thought of it. You can read the premise for ‘Tearing Down the Donut Wall’ here:

Jane’s in-depth look at millennial weddings comes to a screeching halt when she uncovers a secret about Jacqueline. Overwhelmed by her current assignment and against uniforms of all kinds, Sutton decides to focus her energy on helping Carly take on her school uniform policy, without running it by Oliver. Meanwhile, Kat thinks she can handle uncomplicated dating, only to find it’s more complicated than she thought. Sutton feels a tad overwhelmed at work in ‘Tearing Down the Donut Wall’. So she agrees to help Oliver out with something, and ends up overstepping her bounds. Meanwhile Jane comes up with a big idea for a piece for the magazine, but hits a snag when she learns a shocking truth. Kat decides to take a stab at casual dating, and it ends up being tougher than she thought. As this episode comes to a close Sutton comes up with a clever way to help Carly out with something, and Oliver totally approves of her plan. To learn more about The Bold Type click on this website.