Get Daily Email
Join/Login CLOSE
Home / A&E / The First-Ever Sports Edition: Because Everyone Seems to Be Talking Tennis, Baseball, Football 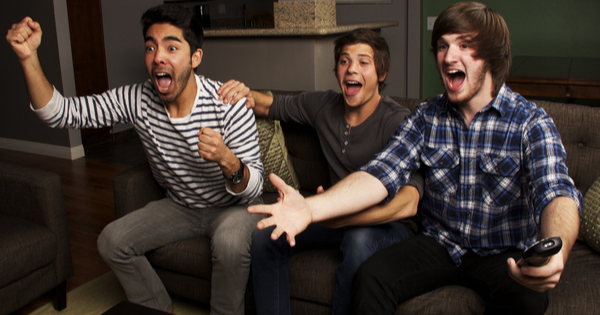 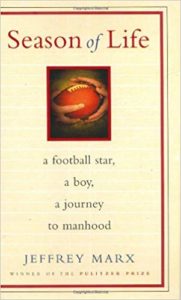 The Sports Edition exists because everyone I know can’t take phone calls at night because… the U.S. Open. And the baseball season is approaching a final reckoning. I won’t be watching one minute of professional football — I stand with Colin Kaepernick, and I also don’t like to see people trade their health for money — but that’s a minority opinion; the NFL is the biggest thing in American sports. So this is a good time to suggest the best books about these sports. It’s also a good time to note the absence of women in this selection. It wasn’t deliberate — the heroes celebrated in sports biographies have traditionally been male. It can be corrected; I’d welcome suggestions of books and movies about great female athletes and teams.

Levels of the Game

“Levels of the Game” is, on the surface, John McPhee’s account of a single match between Arthur Ashe and Clark Graebner in the semifinals at the U.S. Open in Forest Hills. But as the title suggests, a game — any game, at any degree of competition — is not just about competence. How you play is a revelation of character; how you play is who you are. It’s on all the other levels that this is a great book — one of the greatest you may ever read, period. First, because of the subject. Arthur Ashe was almost the Jackie Robinson of tennis; when he emerged in the 1960s, he was the only African-American player of note in America. Clark Graebner was a dentist’s son and a ringer for Clark Kent. As it happened, Ashe and Graebner were both best-of-breed. It’s not inaccurate to say that they were friends. But you can’t miss the notion that they are also archetypes: privileged white kid from Ohio vs. against-all-odds black kid from Virginia.

Here’s Jimmy Breslin on his book: “When they ask me to write a book about a Great American, right away I say yes. When I say yes, I always mean no. They ask me to choose a subject, and I say Branch Rickey. He placed the first black baseball player into the major leagues. His name was Jackie Robinson. He helped clear the sidewalks for Barack Obama to come into the White House. As it only happened once in the whole history of the country, I would say that is pretty good. Then some editors told me they never heard of Rickey. Which I took as an insult, a disdain for what I know, as if it is not important enough for them to bother with. So now I had to write the book.”

And the sentences! “Until this morning, there has been no white person willing to take on the issue. That is fine with Rickey. He feels that he is up at bat with two outs and a 3-2 pitch coming. He is the last man up, sure he will get a hit.” Yes, you could teach a whole term in a writing class off just this short book.

Season of Life: A Football Star, a Boy, a Journey to Manhood

This is the ritual for Gilman School football players before each game:
Coach Joe Ehrmann: “What is our job as coaches?”
Players: “To love us.”
Ehrmann: “What is your job?”
Players: “To love one another.”
Creepy, huh? At the very least, embarrassing. I mean, here is a coach who used to play for the Baltimore Colts. And here are students at a posh Maryland private school. And instead of pumping one another to maim and kill on the football field, they’re pledging to….love one another?
At one point a parent asks Coach Ehrmann’s assistant how he thinks the boys will do. “I have no idea,” he says. “Won’t really know for twenty years.” The parent stumbles off, baffled. Clearly, she has no clue what her son has been learning on the football field.
But by then we do. And we see how an openly emotional coach can become a surrogate father — and genuine role model. And how that approach, far from making boys soft, seems to turn them into winners. Boy after boy “gets it” in these pages; if you are an employer who really values integrity, these are kids you’d want working for you.

Johnny U: The Life and Times of John Unitas

In Johnny Unitas, we are talking about a genuine hero — and not just because he is regarded, almost universally, as the greatest mid-century football player. Unitas is thrilling to read about, and to think about, because his struggle took place in the open, in real-time, with the outcome uncertain and physical pain guaranteed. Unitas never complained. He never made apologies. He had a job to do, and it was his responsibility to get it done.
In a time when college football was a big deal and the pros were a bunch of rowdies who earned $5,000 or $6,000, he did that job so well that, like Michael Jordan, he made sport into art. He didn’t know about wasted moves. A dancer: watch him drop back to pass. A magician: see him spin and feint. And, above all, a kind of performance artist: the embodiment of leadership.
The final score of his first game as quarterback of the Baltimore Colts was a 58-27 loss. The mood on the team bus was sour. Except for Johnny Unitas, who sat with a sportswriter and coolly relived the game, explaining everything that went wrong and suggesting how he would fix it. That was confidence, not bragging — at the end of the season, he had the best stats for a rookie quarterback in the history of the NFL.
The following season, his streak began: He threw 122 touchdown passes in 47 consecutive games. (The previous record: 22 consecutive games.) Any modern quarterback would have needed a new helmet — to accommodate his swelled head — early in that streak. Not Unitas. When a teammate bought a house, he helped him lay the kitchen linoleum. In the huddle, before calling a play, he would ask, “Do you need anything? How can I help? What can I do?”
Team first. That was Unitas.
—