Get Daily Email
Join/Login CLOSE
Home / A&E / The Modern Face of Self – Publishing is Male, and They Look Good Right Now 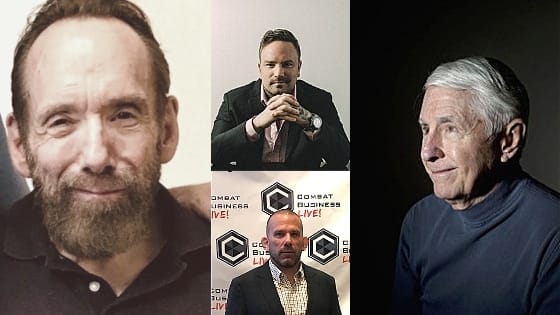 According to a study published by ResearchGate, men cover at least 72.62% of all the published books recorded since 2010. In the digital publishing world, nothing much will surprise you as well.

In this article on Issues That Matter, a whopping 31% of e-book sales on Amazon’s Kindle Store are self-published books, with at least 51% of it written by male authors. This is not surprising since literature spent centuries being a male-dominated arena. There are more male authors receiving recognition, financial success, and hold positions in relevant associations.

Monique Duarte, Chief Executive of FicShelf, contends that this number may soon fluctuate closer to 50-50 because self-publishing “levels the playing field” and lets the women “break through the glass ceiling of the book industry”. However, according to a study by FicShelf (too), male authors still account for 80% of titles in the Telegraph’s “100 Novels Everyone Should Read”, as well as 85% of the Guardian’s “100 Greatest Novels of All Time”.

When historical backs new authors like this, it’s not surprising how the industry will still be led by men for quite a while.

And we are here to celebrate that, because why not? Read about the lives and stories of these 4 self-published authors who rode the steadfast wave of book writing, and how it shaped their realities despite coming from different genres.

From over 14 failed businesses and 110 jobs he “failed” at, Mitch Miller published—not just one—but five business books circling around the Marketing genre.

Coming from mostly blue collar jobs in Canada, Mitch started an online marketing education company that hit six-figures in its first year. Today, Mitch’s life is a series of talks, travel, and vacations, thoroughly showing your average Joe that a life of freedom is attainable. His online moniker, “Father Freedom”, is loved by many.

His latest self-published book, “Sh*t to Think About While Sh*tting”, is a collection of over a hundred of his most famous Facebook posts, written in crisp, fast prose, and is aimed to be your best toilet “buddy”.

All of Mitch’s books were self-published, and he prefers it that way.

“I like being in control of my message,” he shares.

Known for his playful sarcasm, contrarian thinking, and masterful reframes on Marketing and personal development, Mitch continues to wow his audience on his social media platforms —. Another book might be due, soon!

Fresh out of retirement from his science post, Robert Gallant finally takes on his dream of writing suspense fiction. Robert self-published six books in total, with his latest one, “Rob the Vatican”, a crowd favorite due to his audience’s fascination in the workings of the Vatican and the Catholic Church.

Robert shares that his audience is a very wide range of adults, men and women, and teenagers. These are the ones who are eager to read books that challenge their intellect about new technologies, geographic areas and cultures, ancient civilizations, all along enjoying an intense, suspenseful story.

As a kid, he enjoyed creating adventure stories. He also shared that while taking high school biology, he even pretended to be swallowed by a giant sea serpent and befriended a huge antibody.

Indeed, your imagination has no limits, no matter what age you are. Robert used his decades-long experience in writing for science and tech journals, and went for self-publishing so he can share his stories, get feedback, and delight as many people as possible while doing so.

“After I retired, I set out to fulfill my lifelong dream of writing fiction novels that were both suspenseful and also provided readers with meaningful knowledge in technology, culture, history and/or geographic locations. And most of all, I also get to have fun while doing it,” he muses.

Hailing from a decade-long career in Wall Street, Paul Halme decided to tread his own path and open an MMA Gym. Our beloved author, also a well-decorated Brazilian Jiu Jitsu champion, emphasizes discipline, objectivity, and work ethic as his top 3 values in business.

In this book, “How to Make Money with Your MMA Gym”, Paul teaches business advice – from structuring, to cashflow, to sales, to branding – for Martial Arts School and Gym Owners. Since publication (2017), his book has been read by thousands of people from all over the world. He admits that before he delved in business consulting, he was “never a book guy”. However, he knew a book like this could be an easy guide for his audience, no matter where they are at in their business. Moreover, he wanted to inspire fellow athletes that having a successful business through your passion is possible, and most of all, repeatable.

Paul’s self-published book came through as an Amazon bestseller in 2017. It is now a known guide for his niche.

Today, Paul travels the world to speak, teach, consult for other MMA gym owners, and attend high-level masterminds that help him upgrade his skills and passes on the knowledge to his students.

Author of Wisdom of the Weeping Widow – a Poetry Anthology

Many people might be surprised to learn that male poets are still leading the pack in terms of self-publishing. In the age of slam poetry bonanzas and Instagram poetry, Brad Gilmore goes against the current and publishes his poetry old-school style.

Brad entices his audience with melancholic verses in powerful imagery, as his maiden book “Wisdom of the Weeping Widow”, captures the spirit of loneliness in a conversational confrontation. Made to be the first of his trilogy called “Arid Willows and Hallowed Haunts”, Brad shares that he is optimistic about this publication because he believes that a lot of the concerns of contemporary poetry are too self-absorbed.

As an addendum, he tells stories about how publishing his work was more difficult than composing the actual verses.  Editing, putting works in an order that makes sense, applying artwork strategically, marketing…this makeup all the hard work that’s designed for the reader to merely indulge.

When asked about his main audience, he muses, “my audience is wide and varied from adolescence to old age.  Primarily, teen and college-aged for they are the ones to change this world’s pain which is universal.  Those with idealism is a motivator in their lives and haven’t been jaundiced by a negative society.  The humanitarian, the socially conscious and those who can be inspired to compassion and action.”

Looks like our poet is a man on a mission.

Prime Press​ is a PR team fueled by the passion for personal and business growth, and how getting the right publicity is one of the biggest ways to get it.

Facebook116TweetPinEmailShares116
wpDiscuz
Share this ArticleLike this article? Email it to a friend!
Email sent!