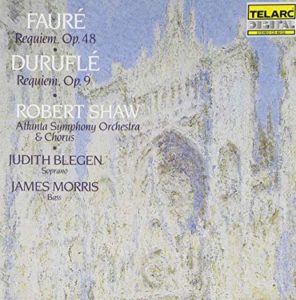 MY BOOK: Everything you could possibly want to know about JFK and Mary Meyer: A Love Story. But wait— there is news. Last week Chris Dickey wrote a huge piece about Mary Meyer in the Daily Beast. And Next Tribe, which has never published anything by a man, ran a generous excerpt.
—-
The virus. The predictable end of the impeachment trial. Amateur technology making the Democrats look like amateurs. A State of the Union address that was partly Oprah, partly “Apprentice,” and, every once in a while, partly true. I understand why some of my friends are depressed, and worried, and, some of them, outright scared. So I thought of this music…

At memorial services, the music is often the Requiem of Gabriel Faure, It’s a gorgeous piece: lush but understated, powerful but not loud. It sends you into yourself in a way that heals; the music becomes secondary, a vehicle. For a composer who lived and worked in the beginning of the Age of Media, it’s an amazingly self-effacing piece. Faure (1845-1924) was surely no Wagner.

The Requiem, which premiered in 1888 in Paris, was not a favorite in its time. Proust never mentions it — and Proust was a hound-dog when it came to contemporary music. There’s a reason: Faure, who would be appointed head of the Paris Conservatory in 1905 and would come to be regarded as the foremost composer of his generation, was no big deal in the 1880s.

But the Requiem is a breakthrough piece both for the novel way that Faure uses the choir and orchestra and — even more — for his stunningly upbeat view of death. [To buy the CD, click here. For the MP3 download, click here.]

The sunny, comforting attitude toward death in this music seems unlikely, given the circumstances. Faure’s father died shortly before he started writing; his mother died as he was composing. And yet, he says, he wrote the Requiem “for the pleasure of it.”

Why? Because Faure, a church organist, had played more than his share of funerals. He wanted, he wrote, “to escape from what is thought right and proper, after all the years of accompanying burial services on the organ! I know it all by heart. I wanted to write something different.”

What he hoped to convey was death without sting: “a very human feeling of faith in eternal rest.” He was quite willing to concede “that my Requiem does not express the fear of death and someone has called it a lullaby of death. But it is thus that I see death: as a happy deliverance, an aspiration towards happiness above, rather than as a painful experience.”

Such aspirations didn’t call for a full orchestra and choir. Originally, Faure wrote the Requiem for a small choir and downsized orchestra. His publisher encouraged him to upgrade the piece, so he added more woodwinds and violins. A few years ago, John Rutter — an English composer of immense talent — reviewed the various scores and restored Faure’s original intent.

The result is a choral piece of quiet beauty, immense dignity, and — can it be? — a deep happiness in the face of death. At some point in every life, this is necessary music. Why wait?
—