Get Daily Email
Join/Login CLOSE
Home / A&E / The Weekend Movie: What if the Way to Overthrow a Tyrant is… Laughter? (In Chile, It Worked!) 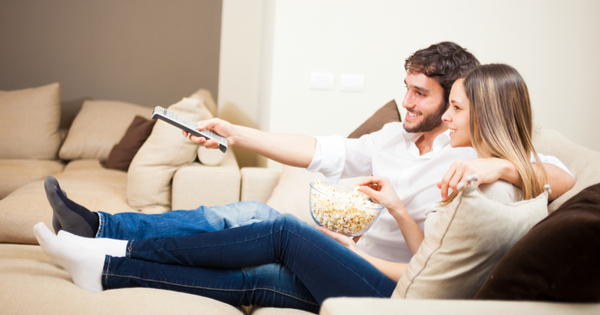 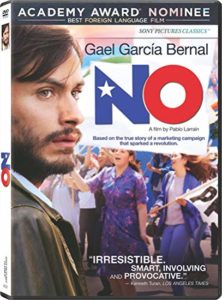 In 1973, in a coup supported by the CIA, the Chilean military overthrew the country’s first Socialist government.  President Salvador Allende committed suicide (or was killed); Augusto Pinochet, General of the Army, became dictator. The cleansing of progressives began immediately. Before it ended, 3,000 Chileans had “disappeared,” 130,000 had been jailed, and 28,000 had been arrested and tortured.; In a country with a population of just 10,000,000, I think we can call those numbers “impressive.”

In 1988, there was a referendum on Pinochet’s government. It was a straight “yes” or “no” proposition, and few believed that a majority would vote “no” — or vote at all.

The rules of the referendum were simple: Each side got 15 minutes on state-owned television a night for 30 days. For the “yes” team, this was no challenge. All they had to do was show the economic hardship of the Allende years and then showcase all the wonderful “progress” Pinochet had brought to Chile.

The “no” side had a real challenge. To show torture and repression would be to remind voters that they had reason to fear their government. That would reinforce hopelessness. But for the progressive ideologues running the “no” campaign, that kind of programming would at least be a raised fist.

The “no” team brings in a consultant, Rene Saavedra (Gael Garcia Bernal), a skateboard-riding advertising hotshot from Mexico who couldn’t be less political — we’ve seen him pitch a cola campaign in terms of the “social reality” of Chile.  He looks at the commercial the “no” team has made — and rejects it. What’s needed, he says, is to treat the referendum like a commercial product and sell it to viewers. Like cola.

His approach: forget the past, ignore the present, focus on the future. A future without Pinochet. In short: commercials featuring jingles, a rainbow graphic, wide smiles and a slogan that’s pure sugar — “Chile, happiness is on its way.”

“NO” — Chile’s first-ever nominee for Best Foreign film — is about that ad campaign and its effect on the referendum. (The New York Times headline over the rave review of this movie: “Try Freedom: Less Filling! Tastes Great!”) [To buy the DVD from Amazon, click here. To rent or buy the streaming video, click here.]

The director, Pablo Larraín, shot the movie using rebuilt video cameras from the 1980s. This allowed him to show Pinochet’s speeches and public appearances, TV coverage of political demonstrations and the actual commercials. As a result, almost 30% of the film is footage. (“I still get a lot of comments from people who, after watching the movie, they say: ‘Oh you did a great job with Pinochet. That actor really looks like him,’” the director told an interviewer. “And I’m like, ‘No, no, no, wait.’ ”)

When the vote was taken, 55% of the voters marked their ballots “no.” But it’s too simple to say that the “no” commercials were solely responsible. The anti-Pinochet force spent years on a grass-roots effort to register 7.5 million Chileans. And on voting day, they got 96% of those voters to the polls.

“NO” is a number of films in one. It’s a romp: the clever young ad man making fun of the said Establishment. It’s a thriller: Pinochet and his goon squads do not sit idly by as the ad man gains market share. And it’s a primer: It suggests approaches we might use to make change in our own country.

But beware: “NO” may give you ideas that, ninety minutes earlier, would have struck you as ridiculous.
—