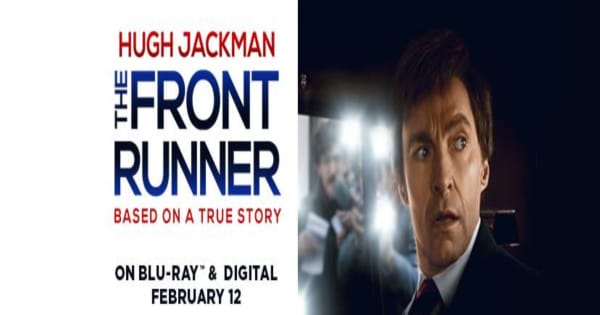 The captivating tale ‘The Front Runner’ is coming to Blu-Ray

I have seen my share of films based on true events. Sometimes they are really good and bring fascinating stories to light. Other times though they tell an interesting story but aren’t as good as I hoped they would be. When I heard about The Front Runner I hoped I would get to check it out. I was able to get a review copy and this is what I thought of it.

You can read the plot for The Front Runner here:

The film follows the rise and fall of Senator Hart, who captured the imagination of young voters and was considered the overwhelming front runner for the 1988 Democratic presidential nomination when his campaign was sidelined by the story of an extramarital relationship with Donna Rice. As tabloid journalism and political journalism merged for the first time, Senator Hart was forced to drop out of the race – events that left a profound and lasting impact on American politics and the world stage.

The Front Runner told a pretty interesting story. It has a stellar cast and is full of dramatic moments. What surprised me most about this film was how it showed a shift in American politics. Journalists could say something happened, and whether it was true or not those words could have dire consequences. This film took me on a pretty intense ride, and it wasn’t always clear what was going to happen next. In’ Unmasking a Candidate’ we get to hear from the cast and crew about the making of this movie and the process about bringing this story to the big screen. There are also a few deleted scenes. If you want to learn more about The Front Runner click on this website.