Get Daily Email
Join/Login CLOSE
Home / A&E / Veterans Day: You Don’t Want to Read a Book About War? You Want to Read This. It’s About Leadership. 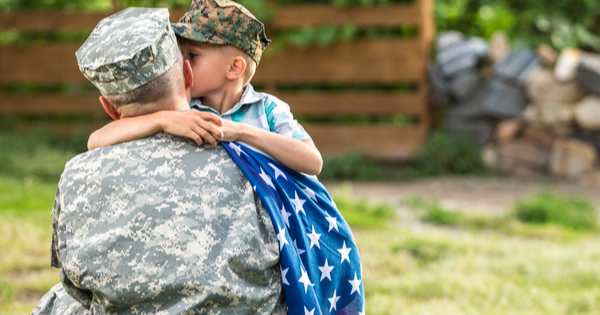 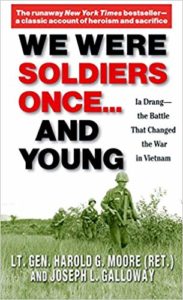 VETERANS DAY: A man who ducked the war because of bone spurs will lead a parade in New York. Let us look away. Let us look up. Let’s contemplate an immortal leader, an enduring hero. Hal Moore died on February 10, 2017 in Auburn, Alabama, a few days before his 95th birthday. In his military career, he reached the heights: United States Army lieutenant general, recipient of the Distinguished Service Cross. But that isn’t the reason to read his remarkable book. Hal Moore was a great soldier because he was a great leader. I’ve written books and speeches and op-eds for gifted CEOs and interviewed leaders in many fields. No one touches Hal Moore. This is the best book on leadership I’ve ever read. And not a bad guide to living a worthy life.

The North Vietnamese soldier that Colonel Harold Moore’s men captured in the Central Highlands of Vietnam on November 14, 1965 delivered chilling news: “There are three battalions [of Vietcong] on the mountain who very much want to kill Americans but have not been able to find any.” A few hours later, those Vietnamese made contact with the 7th Cavalry — and thus began the first battle of the Vietnam War to pit Americans directly against the Vietcong.

The killing began right away. Not the killing of Vietnamese. The killing of Americans. Five died in the first few minutes. The hills were a concert of screams and explosions. Hiding behind a termite hill, Moore thought of another man who’d led the 7th Cavalry: George Armstrong Custer. Moore promised himself that he wouldn’t let this battle — la Drang — repeat the sorry history of Little Bighorn.

If you’ve seen the Mel Gibson movie, you know that “We Were Soldiers Once…and Young” is the story of how close Moore and his men came to being slaughtered like Custer’s troops. The numbers are spine-chilling: In four days of fighting — with the enemy sometimes as close as 75 feet to the American line — 234 Americans died. “I think every one of us thought we were going to die at that place except Hal Moore,” says Joe Galloway, the United Press reporter who became co-author of Moore’s book. “He was certain we were going to win that fight and he was right.” In the book’s remarkable minute-by-minute account, you get to know Moore very well. And more: You meet his men. You watch each soldier die. And you get to grieve for every single one.

Why am I so enthused about one of the bloodiest battle stories ever written? For a very simple reason: This isn’t really a book about war. It is, even more, about leadership — a quality always in short supply. Hal Moore has leadership ability to spare; as a result, he has more to teach about inspiring and guiding people than the authors of almost any business book you could name. [To buy the paperback from Amazon, click here. For the Kindle edition, click here. The Mel Gibson movie is surprisingly accurate. To buy or rent the video stream from Amazon, click here.]

Note: There is a condensed, 168 page version of Moore’s book, with just enough narrative but with all the moral and leadership quotes from “We Were Soldiers.” To buy the book from Amazon, click here. For the Kindle edition, click here.]

Consider the situation. Americans had been advisers in Vietnam , but they had never really engaged the enemy. Moore — career Army: West Point, Korea, advanced studies in fast-moving guerilla warfare — was, in June of 1965, training his battalion for combat in Vietnam. In August, the Army pulled out all six of his newly-acquired second lieutenants. That same month, any soldiers who had 60 days or less to serve were separated from the 7th Cavalry. So when Moore and his unit sailed to Vietnam, they had already lost 100 of their most experienced men. And they were to be the first troops to go into battle on helicopters — and the landing zone was so small only eight helicopters could land at a time.

The difference between an under-trained unit that survives a fierce battle and one that becomes legendary in defeat is leadership. In this video, he lays out the rules:

There’s more. Here are some of the ways Moore managed his troops. He told his men:

— “Only first-place trophies will be displayed, accepted or presented in this battalion. Second place in our line of work is defeat of the unit on the battlefield, and death for the individual in combat.”

— “Decision-making will be decentralized: Push the power down. It pays off in wartime.”

— “Loyalty flows down as well.”

— “I check up on everything. I am available day or night to talk to any officer of this battalion.”

— “There is always one more thing you can do. And one thing after that.”

In training exercises, he writes, “We would declare a platoon leader dead and let his sergeant take over and carry out the mission. Or declare a sergeant dead and have one of his PFCs take over running the squad. We were training for war, and leaders are killed in battle. I wanted every man trained for and capable of taking over the job of the man above him.”

Or this: Before the battle started, Joe Galloway was watching Moore’s soldiers shave as he boiled water for coffee one morning. Moore passed by. “We all shave in my outfit — reporters included,” he snapped. Galloway immediately repurposed his coffee water for shaving.

And, finally, this: “In the American Civil War, it was a matter of principle that a good officer rode his horse as little as possible. There were sound reasons for this. If you are riding and your soldiers are marching, how can you judge how tired they are, how thirsty, how heavy their packs weigh on their shoulders?”

Moore applied this philosophy conscientiously. He flew in to la Drang on the first helicopter. He led his men from the front. When he saw men from another company beginning to haul one of his dead soldiers out of a foxhole with a harness, he snapped, “No you won’t do that. He’s one of my troopers and you will show some respect. Get two more men and carry him to the landing zone.” After the battle, Moore was the last to fly out.

When it was time for Moore to turn over command, he requested a full battalion formation. One soldier recalls, “We stood in formation, with some units hardly having enough men to form up. Colonel Moore spoke to us and he cried. At that moment, he could have led us back into the la Drang.”

But it still wasn’t over for Moore. His wife attended as many funerals as she could. And when he got back to the U.S., in April 1966, he visited some of the families of his lost men. One family thought his visit would last a few minutes. He stayed five hours. And he made sure he went with the family to visit the grave, and there he asked to spend some time alone, kneeling in prayer and memory.

This story — the story of the relationship of a man to the men he leads and the families who entrusted those men to his care — is why you want to read this book. Whether you’re an executive or a parent, you will want to read through the ugliness and the pain in order to understand why Moore ‘s men fought and died for him.

Should you ever be in Washington, D.C., the names of the soldiers killed at la Drang — and there are 305 of them, in total — can be found on the third panel to the right of the apex, Panel-3 East, of the Vietnam Veterans Memorial.

Moore and Galloway wrote a second book, “We Are Soldiers Still: A Journey Back to the Battlefields of Vietnam.” It’s this good: At the end of the day they spent together, Moore and Col. Nguyen Huu An, the North Vietnamese commander, stood in a circle in the clearing and prayed for the souls of every man who died on both sides. [To buy the paperback from Amazon, click here. For the Kindle edition, click here.]

There is one more great book about the aftermath of la Drang. “Heart of a Soldier” is about Rick Rescorla, whose photo appears on the cover of the first edition of “We Were Soldiers.” He became head of security for Morgan Stanley in New York, and, like Hal Moore, he prepared his people. After the first terrorist attack in 1993, he shut down the trading desk to drill people in evacuation. On 9/11, he led all 2,700 Morgan Stanley employees at the World Trade Center out of the south tower. He went back to see if anyone was still there. And died. [To buy the paperback from Amazon, click here. For the Kindle edition, click here.]

Finally, a brilliant chronicle of the battle. Note: It’s as inspiring as it is violent.