Get Daily Email
Join/Login CLOSE
Home / A&E / Where Will You Find Kink On Social Media After Tumblr Ban? 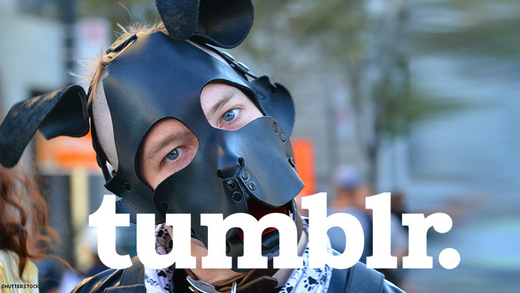 Ten years ago, while everyone from Facebook to Twitter were still coming up with revenue streams (that we were ensured would never entail selling our information) they also began limiting and banning content based on nudity or sexual content.

Alptraum in The Verge earlier this week said,  “Back when Tumblr was a scrappy startup housed in the offices of Frederator Studios — the company behind Adventure Time — this sort of attitude made sense. Like many tech companies that built their business atop a mountain of user-generated content, Tumblr embraced a “business in the front, party in the back” model of presentation. Casual browsers — or corporate investors — could come to Tumblr and see a clean, friendly site that promoted creativity and connection, while savvy users knew that with the tiniest bit of digging they’d be able to uncover all the smut their heart desired.”

Over at PlusZahra Zsuzsanna Stardust says, “In removing sex and nudity entirely from the platform, Tumblr’s new policy misses the fact that sexual subcultures are a crucial part of public life and contribute to critical social conversations and meaningful political alliances.”

Tumblr’s definition of what constitutes permissible adult content fails to recognize the value of this kind of work. It separates sex from politics, preserves a class-based distinction between art and pornography, and limits representations of female nudity to reproduction and health.

The result is the loss of a dynamic cultural archive and the unnecessary sanitization of public space.

Photo art courtesy of the author.

Facebook8Tweet2PinEmailShares10
wpDiscuz
Share this ArticleLike this article? Email it to a friend!
Email sent!