In April of 2015, I began the most challenging artistic endeavor I had ever worked on: create a photo series of 69 exotic dancers from one city, and use the pictures for a set of collector cards.

When initially contemplating the project that be came the Stripping Out Loud collector card set, I knew I wanted it to be different than what I had been seeing out there. I started coming up with shot concepts, and an overall empowerment theme. Over the following couple years, I went out and talked to dancers about being in the project, and built it up, one shoot at a time. Now, what started as somewhat of a novelty project, has evolved into something I hope conveys a positive statement about people in the sexual professions.

With all the things going on in our society right now such as the misleading FOSTA / SESTA legislation, and the Stormy Daniels saga, sex workers are getting more and more attention in the media. The time is ripe for our nation to start re-examining it’s views on strippers and other types of sexual work. This is where I hope my project can be seen as a positive statement.

From it’s inception, I wanted Stripping Out Loud to convey a respectful tone about strippers. For much of the duration of the project, I have had several industry professionals / activists who have helped me as technical advisors. The project represents the wide spectrum of exotic dancers in Portland, including male, transgender and various body types.

I have had strippers as part of my circle of friends at various points in my life since I was eighteen.

I see dancers and all those in the sexual professions, the same as I would anyone else. I judge people based on content of character. If they have chosen to work in the sex industry, that is their choice, and it is not anyone else’s right to tell them that it is wrong. Consenting adults is the bottom line on this subject.

I want to see legislation change around the sexual professions, and those who choose to work in the industry be given a voice, where they have been largely dismissed. Laws changing will only do so much, though. You can have all the legislation you want, but for actual positive change to take place, people’s minds have to change. There needs to be a much larger national conversation about sex work, and emphasis put on the vast difference between chosen work in the sexual professions, and trafficking.   Actual sex trafficking is a horrible thing, and must be stopped. Harassing consensual sex workers and making it harder for them to earn a living, is not going to help those who really need it. Dismissing all sexual professionals as victims that need saved or locked up, takes away resources, safety nets, and eats up the time of those who could be tracking down actual perpetrators, and helping actual victims. Showing dancers in a powerful light, is my way of contributing to that discussion.

When I first began Stripping Out Loud (at that point untitled), I was reluctant to tell too many people what I was doing, as I did not know how it would be received by those close to me. I eventually began to let people know, because I could no longer hide my excitement about it. I explained to them why I was doing this, and why I felt it was important. I am extremely happy that my friends and family have been very supportive on this journey. I have also received a great deal of support from the dancer community in Portland as well. I take the amount of trust I have been given, very seriously.

When doing any shoot with a model, for this project or any other, I always let them know that they are welcome to bring along whomever they would like to the shoot. I want everyone I work with to feel comfortable and safe. I have heard countless horror stories of photographers who’s obvious intent is to sleep with their models, or who will do things like sell the photos to a third party, without the model’s consent. I consider myself an honorable person, and I want to bring that to everything that I do. The sexual professions are seen by society as being seedy and unscrupulous, and I want to stand up and say that it doesn’t have to be that way.

There is a huge amount of vulnerability and trust that exists when photographing a model, especially a man photographing a female model. I respect everyone I work with, and I don’t take that trust for granted. If you are in a position where someone is putting that kind of trust in you, and you breach that trust, you do not deserve to be photographing models, let alone be making a living at it.

All the models in this project are getting paid a fair modeling fee, and the profits from the sales of the 2,600 set print run, will be going to organizations that stand up for sexual freedom and sex worker rights.

Some will question my motives, or say that as a man, it is not my place to do a project like this. One of the reasons I am doing this, is to put myself out there as a man who does believe in sex worker rights, and to encourage other men to not be afraid to admit that they do too. I have met many men who have the same outlook I do, but are afraid to state that publicly, due to fears of being ostracized. I would like to see more people, both male and female, come out of the shadows and support consensual sex worker legitimacy.

I stand up for rights, volunteer at SlutWalk, write editorials, and have created this project, all while being very aware that as a non-sex worker, it is not my place to speak for them. I am involved in the industry as a photographer, but I am not a sex worker myself. My aim is to help turn up the volume on their microphone, so their message can be heard by more. In any legislation regarding sexual work, the actual workers absolutely need to be at the table and have a voice.

As are most things, this is a battle for public opinion. When people’s minds are changed, they take that to the voting booth. The same has been happening for things like gay rights, and cannabis legalization for years.

Doing a project that involves controversial themes and this many models has been extremely challenging, and also very rewarding. It’s all out there now though, and I am proud of the work I have done. I believe in this project, I believe in the dancers, and I believe that the sexual professions are an important part of our society. I want Stripping Out Loud to be seen as a positive statement about strippers, and also be something fun. My hope is that this can contribute a larger discussion, and help people stop seeing those who choose to work in the sexual professions as second class citizens or victims.
—

Jason Savage is a photographer in Portland, Oregon. Jason relocated from the Midwest to the Pacific Northwest in 2003, where he enjoys creating, nature and microbrews.

More about his project Stripping Out Loud and ordering info can be found at StrippingOutLoud.com 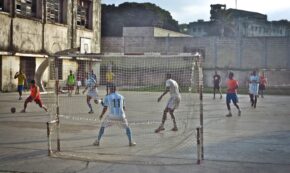 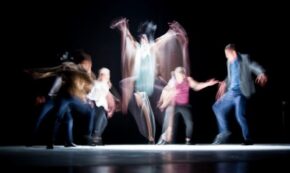 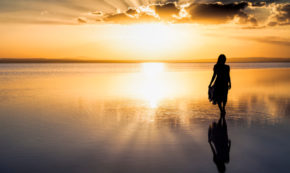 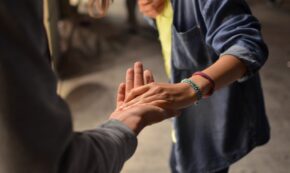 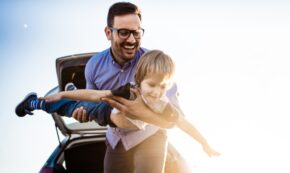