Growing up in Southern Germany, I have always had a passion for creating and writing compelling stories. My personal goal to become a writer and journalist only grew the older I got. After moving to Berlin, I got a glimpse of the entertainment world and realized that it was not only my guilty pleasure to know what was going on in and around Hollywood.

Being an intern at a movie production company, I fell in love with the craft of acting and wanted to dig deeper—as a journalist. My next step? Brought me to Bangkok. My first time in Asia—all by myself at the age of 18. There, I interned at a German TV network, covering everything from politics to human interest stories. It not only made me grow as a person, but my time in Thailand also showed me the beautiful variety of being a journalist.

Afterward, I moved back to Berlin and began a new journey—as an entertainment journalist. Writing for one of the biggest daily newspapers, I was able to interview celebrities such as Keanu Reeves, Bradley Cooper, Kendall Jenner, Patricia Arquette, or Antonio Banderas. Now, at the age of 25, I am based in Los Angeles—covering movie premieres, junkets, and major events like the Academy Awards, Golden Globes, or Cannes Film Festival. 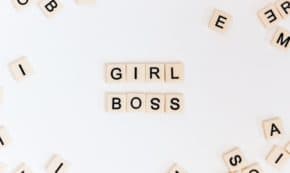 Men are in charge — whereas women need to quietly smile and not bother the “big boss.”