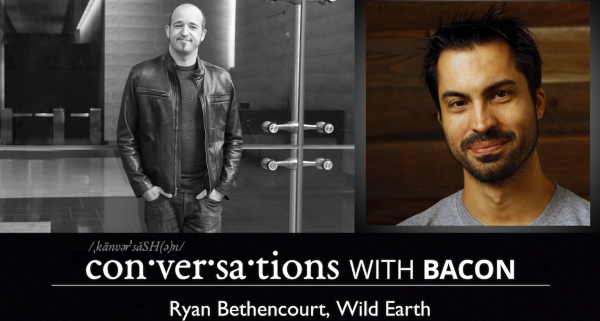 What does bioscience innovation, sustainable pet food, and Shark Tank have in common? Ryan Bethencourt, that’s who.

Ryan is a pretty accomplished guy. He has studied business and biotech, molecular biopharmaceuticals, genetics, and brain tumor angiogenesis at Cambridge, Berkeley, Warwick, Stanford, and Yale. Oh, and he went on Shark Tank and raised $550k from Mark Cuban.

Ryan’s passion for biosciences took him to be an investment partner for Babel Ventures, a $26m fund focused on investing in emerging biotech companies (including Occamz Razor, Nebia, Vitagene, CUE, Forever labs, California Dreamin, Zbiotics and Finless Food) sin Seed and Series A. He is also an advisor to companies and organizations including UCSF Health Hub, Memphis Meats, Berkeley Ultrasound, The Thiel Foundation, Vitro Labs, and many others.

Most recently though, he formed Wild Earth, a company producing sustainably produced pet food. He took his company onto Shark Tank and raised one of the largest amounts for his season. He works weekly with Mark Cuban.

In this episode of Conversations With Bacon we get into how innovation has evolved in biosciences, the role of the credit crunch, the horror show that is the pet food production industry, how Ryan and his team have approached growing better food (and the R&D and more), and where the future of biosciences lies. Oh, and of course, we delve into his experience of going on Shark Tank, behind the scenes, and what it is like to work with Mark Cuban. This is a really fascinating look into what the future of food looks like.

—
This post was previously published on JonoBacon and is republished here with a Creative Commons license.
—

Jono Bacon is an author, consultant, speaker and a leader in community management and strategy. Find him on his blog at JonoBacon.com and on Twitter @jonobacon