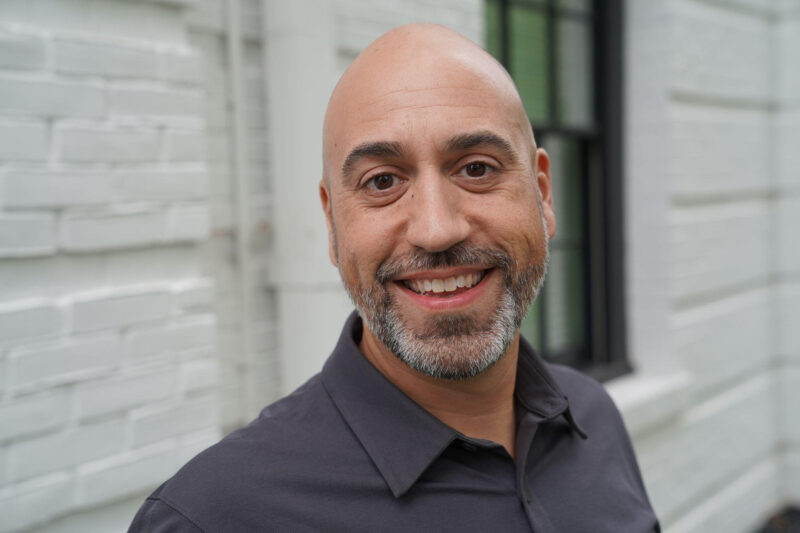 After a move in 2011, Dan Herron helped to start Hope Presbyterian Church. He was the pastor of this gospel-centered church community for Bloomington, Indiana, and Indiana University.

He says, “My identity has these themes of personal character threaded throughout: grit, steadfast endurance in the face of great obstacles, awareness of my weaknesses and mistakes, and movement forward to an expansive and successful leadership vision.”

We were able to connect with Dan Herron where he shared the story of the events that led to his journey in the ministry.

How did you get started in the ministry?

There have been a handful of “snapshots” in my life that are essential in order to understand my story and God’s formation of my life and calling.

Each season of my life has been used by God to refine my character and further clarify and hone my gifts and calling while propelling Erica and myself further into our relationships and mission with God for the flourishing of others.

I grew up going to a Bible Church in Champaign, IL which was located on the fringe of the University of Illinois’ campus. My home was “spiritually bipolar”. My father was a new Christian trying to find his way, while my mother was relationally distant from our family until she began seeing her own life transformation when I was 14.

When I was 9-years old I was at a church camp in Indiana where I prayed a very small and childlike prayer asking Jesus to come into my life. Even as a 9-year-old boy I already had a deep sense of the weight of brokenness, guilt, and shame from sin, and longed for this to be relieved and healed.

While God led me to this step of trust in himself, my young faith was never nurtured in the church. My father, while trying his best, was never equipped and supported to mentor his own family in our faith.

As a result, I floundered through middle school, high school, and even several years beyond that. While I never outright denied my trust in Jesus and continued participating in a youth group, I had a duplicitous lifestyle centered around the accumulation of relationships as the capital I used to justify myself.

I barely graduated high school. After that, I was failing out of my first year in a community college while working at a pizza restaurant full time.

Then, in the summer and fall of 1995, a lot happened to shift my heart, mind, and the direction of my life. It started with me building a house with my father. The experience gave me a taste of leadership. I was entrusted with big responsibilities, growing through apprenticing and achieving success.

I returned to community college where an atheist professor taught me how to think and ignited my intellect. This turned my academic path completely around. At the same time, Erica’s self-discipline and success began rubbing off on me.

God used all of this to stir my intellect and desire to seek answers to the primary questions of life, namely:

I had been studying every philosophy and worldview I could get my hands on. None of them besides Christianity provided a satisfactory response to these questions that truly fit the way reality is.

I was at the student Fall Retreat of 1997 when I experienced my first real prayer and Bible study. During that time was when I first sensed a deep comfort and assurance beyond anything I could manufacture. I also had my first sense of an inner calling to serve as a minister of the gospel. From here, Erica and I were immersed in campus ministry where we focused on planting small groups in the dorms, and my internal sense of calling began seeing external affirmation through the church. This rallying-planting-equipping was my first taste of ministry and is an area that the Lord has built upon over the past 20 years.

After we were married in the summer of 2000, Erica and I moved to the North County of St. Louis where I began a job teaching high school history, and where Erica focused on graduate school at Washington University. God used this season of our life to shape our marriage by showing us our need to rely on him together for healthy interdependence as friends and partners in life and ministry.

We served in the youth group of our local church while we worked and built relationships as God calls all Christians to. We remained connected with our old campus ministry, and in 2001, served as mentors for a full summer at a mentoring program in Estes Park, CO.

Through all of these experiences my skills were continually shaped, but more significantly my heart for pastoral ministry was shaped. I grew in love for Scripture, in my daily dependence on relationship with God just to survive my day as a teacher, and in deep compassion for the state of my students’ lives and souls. I had a mounting desire to not only be their teacher but to shepherd them as a pastor.

Then, when 9/11 happened, I was deeply moved and wrestled with whether to join the fight and enlist, seeking some special branch of the military. When I came home that day and told Erica my plans to join the Army Rangers, she told me, “No,” and I had to find another way to exercise my desire to serve others and engage a cause bigger than myself.

I believe that it was this season, specifically, where my eyes were opened to the deepest need in our world: for the gospel of grace to transform all of life. And, I was led to see pastoral ministry as the place where “who I am” could meet this particular need. This is when Erica and I decided to return to the campus of the University of Illinois in the Fall of 2003 to serve with our old student ministry, Illini Life Christian Fellowship.

From this place, the pastoral calling on my life accelerated as I was involved in a wide range of ministry experiences, and eventually intensive continuing education seminary courses through Reformed and Westminster seminaries.

The Lord lit up my intellect and widened my vision yet again as I learned about “Covenant Theology”, “Cultural Apologetics”, and when I learned that the phrase “Reformed Theology” represented God’s sovereign love and faithfulness directing our salvation, rather than salvation coming from our own feeble efforts at goodness.

I was given opportunities to lead and teach publicly. I was able to lead trips to build homes for the community of Juarez, Mexico. I had the opportunity to lead students to clean-out homes after Hurricane Katrina. I had a hunger to learn and grow combined with a desire to pastor, plant, and build. God used this to move us to Covenant Seminary in 2007 where we were refined even further through soaking in a grace-centered culture.

My continued involvement in ministry, along with my growing love for the Reformed theological Tradition, and the persistent mentoring of men like Bryan Chapell and Jerram Barrs, led to our joining the Presbyterian Church in American in 2009 and the path toward serving the Kingdom of God in the Central Indiana Presbytery.

We love the outdoors, nature, and athletics so living in a city situated in the beautiful forested hills of Southern Indiana was ideal. We loved the mix of academics, high culture, diverse cultures, global food, and art all in a compact city. And, Bloomington seemed to need the sort of church we were designed to plant.

I first began getting an interest in entrepreneurial church work as a college minister at the University of Illinois with a group called Illini Life Christian Fellowship. This ministry is now part of a larger network called the Collegiate Church Network.

There were many aspects to my role at the time, and a lot of them involved thinking in an innovative way to build relational bridges with people who were not Christians. We did this in ways that were genuine, honest, creative while emphasizing thoughtful and reasoned engagement.

As a result of this focus, Erica and I started the process of “planting” a small dorm group in one of the dorms at the University of Illinois. We began by building a small leadership team and then we developed ways to get to know as many of the 1200 residents of the dorm as we could.

Over the course of a few years, the group grew to nearly 50 students. These students also started to exercise their own creative vision and they began to spin off their own ways to build relationships, care for others around them, and engage people with conversations around faith. Erica began a women’s ministry.

I was able to build a ministry that focused on short-term mercy relief work. I led two teams of 70 students to Juarez, Mexico for two different years to work with a ministry there that sought to build homes for the families who had moved north to seek work in the many encomiendas that littered the border with the US. Many of these families were left impoverished and living in virtual garbage dumps with cardboard and discarded packing crates to construct their homes. This was a huge endeavor and involved training these students to raise tens of thousands of dollars, grow into leaders who formed teams to gather all of our construction tools, plan and prep food for 70 people for 10 days, plan a vehicle caravan to and from Jaurez from Champaign, IL, plan a kids camp, and prep and lead our construction teams.

This large-scale leadership was thrilling for me and allowed me to help young people discover and exercise their strengths for the good of others. In addition to Mexico, I had the opportunity to lead a similar trip to the inner city of Memphis, TN to work with a group there called “Service Over Self.”

After Hurricane Katrina hit in 2005, I was asked to form a crisis relief group from our leaders and send them down for immediate help in the relief work. These young people and volunteer professionals were pivotal in developing FEMA’s communications and organizational framework out of the Baton Rouge convention center.

Later that Spring, I had the opportunity to lead another large group of over 70 students to partner with Samaritan’s Purse & FEMA to “mud-out” homes in one of the wards hit hardest by the Lake Pontchartrain flooding after the Hurricane.

These experiences weren’t merely incredible opportunities to serve other people, these also provided me the opportunity to develop as a leader—to learn how to exercise authority to benefit other people, how to identify the giftings and talents of others, to equip and develop others, and to help others get into positions where their giftings could be maximized to advance a larger vision.

So in 2006 when I first heard of the concept of “church planting” I was immediately drawn to it as one of the most powerful, exciting, and necessary ways to help the Church move forward in her larger mission of loving and sacrificial service to others.

This content is brought to you by Shahbaz Ahmed.