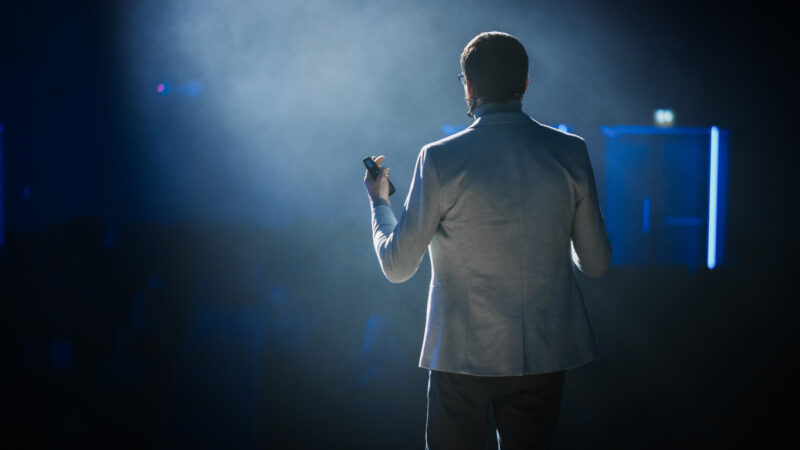 What is shocking is how few people seem to understand just how many ways the system can reach out and touch you in your day-to-day life. A person might say, I’m a law-abiding citizen; I never break the rules or laws. So why would this system ever affect me?

One of these very people is Tyler King. A former Texan with a successful history in business and military service, he had never once been charged with something worse than a speeding ticket before now.

One night, his seemingly perfect existence was shattered. It all started when he received an unexpected visit from the FBI wearing tactical gear and weapons aimed at him; they proceeded to surround his house while shouting commands at him. In quick time, they dragged him out from the front door onto the front lawn where he had nothing on but underwear after being thrown in handcuffs, as everything inside of his home was searched meticulously.

Puzzled and dazed, he could not figure out how or why these things were happening. He didn’t know what to make of it when people who were watching him from across the street – as if waiting for something – all had blank expressions on their faces. Though nothing illegal was found during the search, authorities confiscated his phone and other electronics, interrogating him without remorse over his personal life.

With time, it became clear why they were there. Someone hacked into a small company and looked through some emails. But this was no ordinary hacking—this someone who looked over the emails was a friend of Tyler’s who used his internet while she was visiting him at home, but now he could see what could happen when people are being nosy.

After Tyler’s friend filed a sexual harassment complaint against her company, this individual felt disillusioned when she read her boss’ email. She knew that something wasn’t right but couldn’t prove it until now. Tyler, who had been helping out with computer-related tasks ever since becoming friends – all in the light of day and without any hint of impropriety – offered his assistance once again and met her requests without hesitation.

Tyler taught her about administrative functions on computers and how to properly access certain data. She had previously said she was moving into a more technical role and needed more knowledge for the promotion. Tyler was happy to share his expertise.

Regardless, she tried to take advantage of this opportunity to save herself. She blamed the situation on Tyler- but everyone knew it was just a desperate attempt at an alibi. The FBI analyzed both of their stories and found that what she said originally wasn’t true. Now she says he did teach her how to use the computer; but it just wasn’t him operating them when her employer was hacked.

Still, despite the lack of evidence and the speculations surrounding his involvement with the hacking case – US Prosecutors seem determined to charge him anyway. Conspiracy is what they had settled on, although he insists that he’s done nothing illegal. Similar to if a science teacher taught chemistry classes but a student decided to make a bomb with that knowledge – charging the teacher wouldn’t make any sense at all.

Despite being offered a plea bargain, Tyler decided he would stand his ground – insisting on the right to trial. As punishment for his refusal, the prosecutor took it out on him and added charges before issuing a superseding indictment.

In exchange for not being charged with the actual crime, the individual who looked at her boss’ emails agreed to testify for the government. She spoke at trial that she did the crime, but Tyler’s information gave her the ability to do it. The jury had no choice to convict because of the way conspiracy laws are written. Even if someone doesn’t intend to commit a crime, by helping someone in furtherance of a crime, without even criminal intent – they’re still guilty of conspiring together in this case. It’s very unfair since we all need protection from criminals and people who don’t care about obeying society’s rules; yet those who follow them most closely can face charges too!

What was the result of all this? Tyler got six and a half years in prison for a crime he didn’t commit. The person who committed the crime got off scot-free. Is justice served here? No, life is rarely fair.

Tyler has seen many difficulties during his time in prison. Yet, he doesn’t let this bring him down or discourage him from living. In fact, Tyler isn’t the only one with this experience – there are many others who have been sent to prison without having done anything wrong that also live this life of despair.

Accordingly, he founded the idea of A Voice From Prison which is now a non-profit advocating for criminal justice reform and constitutional rights. Due to prison rules, he is still its founder and Executive Director but the volunteer staff and board members run it for him.

Today, he writes about his experiences and the challenges that face the justice system at large. He blogs regularly through the use of the Bureau of Prisons TrueLinks system which enables him to send digital messages to friends and family. Other volunteers in the organization are working towards writing papers for policy changes and providing resources to those impacted by the criminal justice system.

As the CEO of Assuras, a global management consulting firm before he was incarcerated, he applies his consulting methodology to his nonprofit objectives. With an eye for detail and a deep understanding of how things work, Tyler can help organizations reach their full potential by helping them change what needs to be changed. He applies his bottom-up methodologies to suggest changes which will have a real and positive effect.

Tyler King, the young entrepreneur that has experienced unimaginable tragedy. Yet he found himself again through hope, resilience and perseverance; he even managed to inspire others with his story of overcoming adversity because at the end of the day it’s important to keep on living no matter what happens. After all, who knows – maybe just one person will make a difference?

This content is brought to you by Ted Fuel.