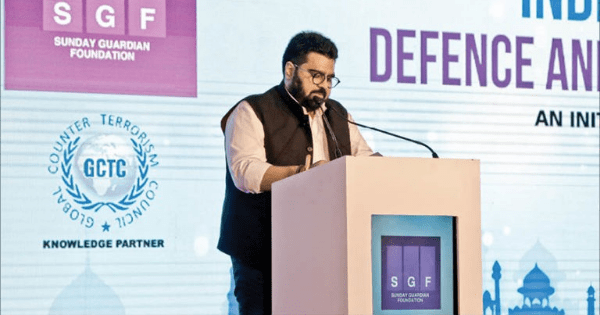 Towards the end of August, Kartikeya Sharma’s Sunday Guardian Foundation took upon the initiative to organize a day-long conference in Delhi. The purpose of the conclave was to hold a discussion regarding the partnership of defense between India and the United States. Present at the conclave were important government, army officials, policymakers such as Mr. Aditya Tikoo, Mr. R. K. Arora, Syed Salman Chishty and more. The entire theme of the dialogue essentially revolved around these personnel emphasizing the necessity of having strong ties with the United States so as to counter the threat faced by terrorists, as well as to overcome other obstacles and challenges.

Kartikeya Sharma, Founder, and Promoter of Aaj Samaaj and ITV Network was also present at the capital dialogue who inaugurated the conclave by highlighting the importance of a partnership between India and the United States of America. A keynote speaker at the conclave who is also a senior BJP leader, Shri Sudhanshu Trivedi spoke about how it is in the benefit of India to have good defense relations with the States. He further stated that as long as such a relationship exists between the two countries, other issues such as trade, visa, and civil liberty will be easier to solve. It is also important for other sectors such as technology and intellect to be on the same page as the defense sector to make the most out of the strategic alliance between India and the US. 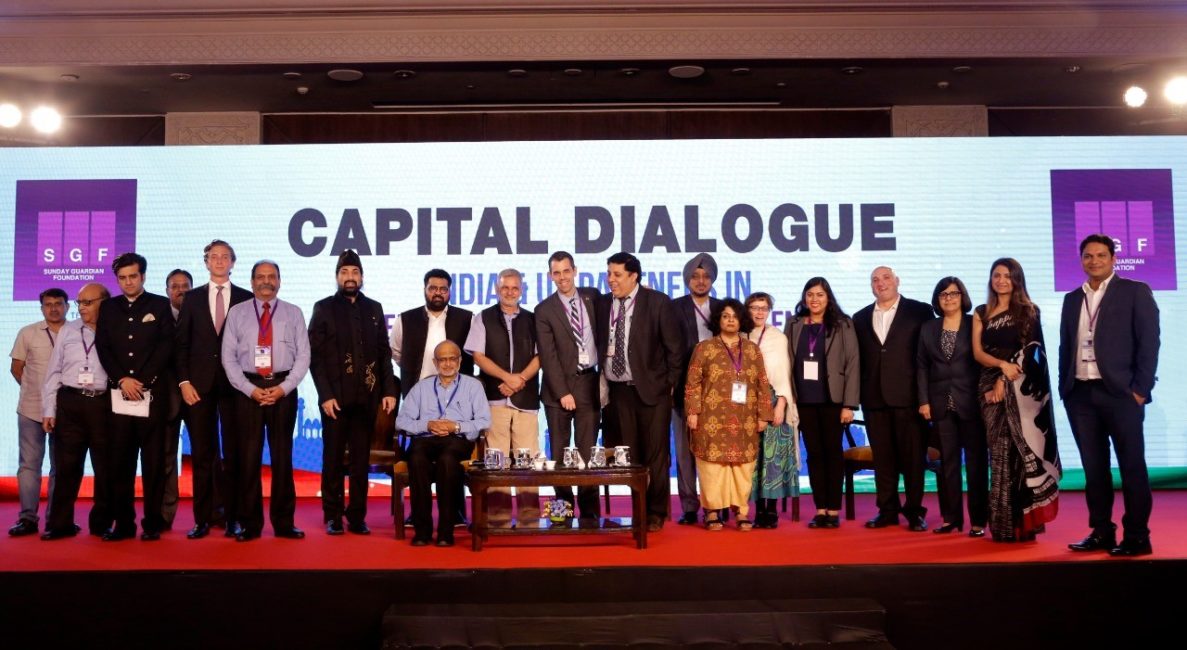 Mr. Kartikeya Sharma, Founder, Sunday Guardian Foundation is seen with the delegation of the Foundation for Defence of Democracies, Washington DC, and other speakers & officials

The former governor and former defense sect., Dr. Shekhar Dutt, spoke on the opportunities that will follow with the existence of connections between India and the US in areas like innovation, trade, education, and commerce. Such military improvement will lead to the tackling of terrorist activities as well as piracy. According to the Union Minister for Housing and Urban Development and Civil Aviation, Hardeep Puri, India, and the US have come a long way in the past 39 years. The relationship has resulted in a lot of economic and military benefits for India, which is why it is crucial for India now more than ever to strengthen these ties.

Dr Subramanian Swamy who is also a senior BJP leader, as well as the member of the Rajya Sabha, gave a speech on the path to this partnership, during which he talked about how it is important for India to deal with the Taliban in Afghanistan for the safety and security of India, as well as to gain Kashmir. He underlined the practicality of Americans who live by the principles of give and take, which is what India needs to follow too if they want a sustainable relationship with the United States. Moreover, the former Defense Secretary Shekhar Dutt recalled the historical similarities between the US and India, how that impacted the Independence movement of India. The relationship between the two countries also proved to be useful after independence as well especially in sectors like medicinal science and agriculture.

Mr. Bradley Bowman, who is an expert on US defense policy and strategy, was present at the Capital Dialogue, and he pointed out that because of the powers India holds as a regional country, the relationship has been beneficial for the US for purposes of peace and stability in the Indo-Pacific region. According to him, the US has always been a supporter of India growing economically and also in terms of power. Both countries have a natural disposition to be in the alliance because of the views they share in the Indo-Pacific region. The fluctuations in the past between the two countries was also brought by the Former Defense Secretary, Yogendra Narayan, in the past two decades but with that being said, he believes that India and the US are now in a much better state than they were before.

Towards the end of the conclave, Major General, Varsha Koduvayur, and Senior Research Analyst, Michael Smits spoke to the people of both countries and implored that they internalize and understand the relationship. They stated how it is crucial for both countries to see eye to eyes and stand together if they want to prosper and counter-terrorism in the world, and especially in the neighboring countries. Because of the fact that China and Pakistan have declared alliance, India has to resort to building and maintaining their relationship with the US. Moreover, it also needs to set practical expectations from the US, while they also need to do the same.

Facebook4Tweet1Pin4EmailShares9
wpDiscuz
Share this ArticleLike this article? Email it to a friend!
Email sent!