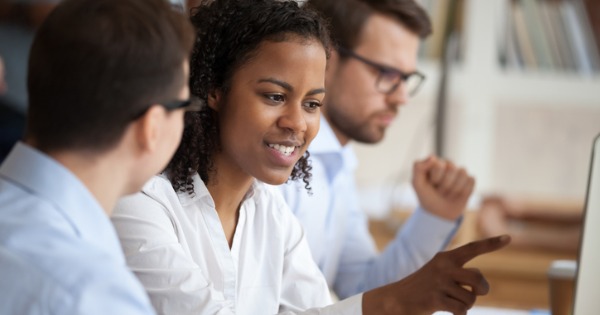 “I have stopped counting the times I’ve heard my family and friends say, ‘You behave like a man’ or ‘You are too aggressive.’ Being a woman, and working in architecture, the label of being a ‘masculine woman’ is pasted on my forehead forever. I cannot undo it, and being considered aggressive has ruined my chances of going higher in life or in the organization.”

My longtime friend, Sara, confided this to me over dinner one night and I sat speechless with amazement. Because what she was saying was like a mirror showing my own image. It’s also the image of hundreds of thousands of women working in non-traditional, male-dominated work environments. Ironically it is not just women who are trapped inside the mask we call “masculinity,” men are equally confined by this construct of leadership.

It’s common for people to comment that, “When a man is assertive in an organization, he is a leader, but when a woman is assertive, she is considered aggressive.” And you’ve heard from women that when they make a point or share an idea in meetings, they are ignored, and then a few minutes later a man will make the same point, and everyone will start praising him for presenting a brilliant idea for discussion.

But is that really a matter of gender? Or is it more about the “mask of masculinity” which we expect all men to have but only men to wear?

Why are the lenses so different when it’s the same tone of voice or the same idea? Research, as well as my personal experience and the stories shared by women and men alike, suggest it’s more about the age-old perceptions about gender.

Let’s look back, way back, when the societies were in their early stages of formation. The paradigm of masculinity evolved as a differentiation among gender roles and was originally enforced as a tool for total control in the fight for survival. The goal was to control everyone in the group, physically, verbally and mentally.

Now, fast forward to the twenty-first century when we are far removed from the beginnings of society and no longer need those tools for survival,  but we are still mired in the expectations of masculinity, especially in leadership roles. Even now, post-digital revolution, with 48% of world population identifying as female and many of those who are adults now entering the workforce, none of us, male or female, seem to be able to deconstruct the mask of masculinity in our brains.

So, what is Masculinity? By definition, it is simply “manliness, associated with manhood, the quality or nature of the male sex.”

These masculine traits have been touted as a hallmark for success in the organizational world to the point where any man not conforming to these behaviors risks being labeled as “weak, emotional, not leader material, not to be promoted into a leadership role.” This is almost as deadly to a man’s career in professions to lead, as being considered overly “aggressive” is for a woman.

This stereotype is now strongly ingrained in our brains. A man is not supposed to show weakness, emotional attachment, or compassion towards any situation or any person, especially in the professional and leadership world. Since early childhood, boys are told to be strong, not to cry, and only to play with “masculine” toys such as cars and weapons. The emotions acceptable for a man to express as an adult are anger and aggression—building up the intimidating tough-guy image to control and lead the workplaces.

This constant enforcement of ideas in our brains, that men must “tough it up”, “be strong”, and “don’t be a softie” have led to disasters and failures in many lives. We continue to hear news stories about practices of inductions into boys’ clubs, male-exclusive leadership groups, and protecting the honor of manhood in ways that hurt or endanger women and looking down on them in many professions. We know that, across the ages and the globe, masks have been created for humans, dividing them into different categories and then forcing them into the rigid boxes of those categories.

While we have been hammered with “facts” about the biological differences between men and women, when we look at the science, we also know that both women and men are one species with an identical human composition like eyes, ears, hands, legs, and brain. As humans, we also have an identical psycho-social composition of emotions, including compassion, intelligence, and empathy.

Sadly, in a zest for differentiation, a vast number of theories have been formulated and propagated about gender differences to the point where a strict list of traits are associated with masculine or “macho” for men but traits such as empathy and compassion are associated with women and therefore seen as somehow weak, soft, and incompetent, or even largely missing in a “masculine man.”

The image propagated around the world of men being devoid of any core human traits such as empathy and compassion based on gender is false. Men very much have these universal human traits. They have emotions, they have empathy, and they want to lead with human compassion in their work.

We know that, across the ages and the globe, masks have been created for humans, dividing them into different categories and then forcing them into the rigid boxes of those categories. It is time for us in the organizational culture and the world at large to remove the artificial mask of masculinity which is ingrained in our brains for men and women alike because that mask is doing real harm to all of us. I want this for myself, for my friend, Sara, for my sisters-in-law, for my nephews, and for all of us. The entire world will benefit greatly when we appreciate and develop leaders as human beings who are engaged with team members at a human level regardless of their gender.

Dr. Farzana Chohan began her professional journey in architecture, overcoming gender stereotypes and biases to become a leader in her field. She has since dedicated her career to mentoring leaders, helping them develop the four characteristics that her personal experience and doctoral research proves are essential to stepping into and succeeding in top leadership roles.

She is a Speaker, Executive-Practitioner, the author of "Leadership IN Women" and has been honored with multiple top awards in leadership.

Facebook47TweetPinEmailShares47
wpDiscuz
0
0
Would love your thoughts, please comment.x
()
x
| Reply
Share this ArticleLike this article? Email it to a friend!
Email sent!