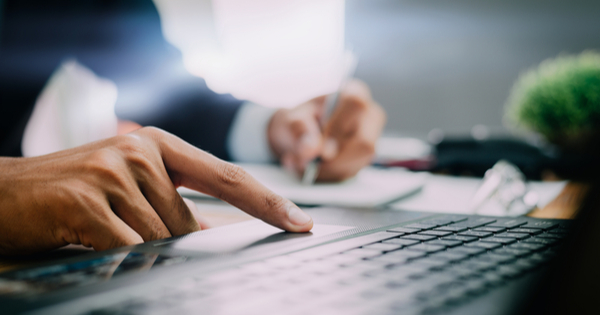 When employers are looking to hire for a position, they often ask a lot of questions of the potential applicants. These questions are used to develop a profile of a particular candidate to allow the employer to determine if they believe the person would be a good fit for the position and thusly, the company. The questions asked during the interview process can include those about their past work experience, skillsets, proximity to the job location, education, and even whether the candidate has a criminal record. In addition to simply asking questions of the candidate, the employer will often run a background check as well.

A background check these days is usually done online, and it involves the employer using a specific service that will scour all the records that have been created on a particular person. These records can include files from past jobs, debt information, and records pertaining to any past criminal activity.

Some may believe such background checks and questions are a violation of privacy and while laws can vary state to state, most allow employers the ability to make specific inquiries as they pertain to criminal arrests and/or convictions. One such inquiry concerns a DUI (Driving Under the Influence) arrest or conviction.

Depending on the type of position being applied for, having been arrested or even convicted for a DUI offense may not influence one’s ability to be hired. But, if the position is one that involves being around medicine, children, or one that involves driving, then an arrest or conviction may preclude one from being considered for the job. As such, there is a difference between being arrested for a DUI and being convicted.

First, simply being arrested for a DUI may have no impact on your being considered for a position at all. Many positions will not disqualify a person simply because they were arrested. In addition, once 7 years have passed since the arrest, the record will be expunged so a potential employer would never even see the notification at all. Regardless, if you were only arrested for a DUI, you are not required to disclose this information to a current or potential employer. A conviction, however, will stay on your record indefinitely and must be disclosed by you when asked.

Because laws vary from state to state, it can be difficult to know exactly which ones pertain to your specific scenario. In some cases, you may wish to secure the services of an attorney who has experience with cases involving DUI arrests and/or convictions. If you believe you have been unfairly passed over for a position because of a prior DUI arrest or conviction, an attorney can review the case to ensure that no laws were broken. If they were, they can go after the employer to ensure you are treated fairly, and possibly even receive compensation in certain instances.

Sourav Rana is a content marketer who formerly worked out of Link builder stream office. A writer by day and a reader by night, he is loathe to discuss himself in the third person, but can be persuaded to do so from time to time.