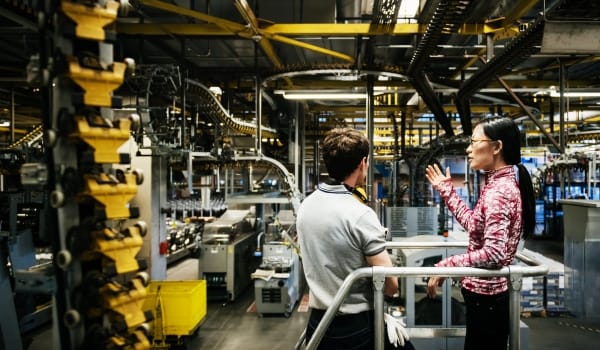 —
Most innovation initiatives are planned and programmatic. We focus on a challenge, analyse the problem, brainstorm some great ideas and then put together teams to implement the best ones. For new products the projects might go through a stage-gate process where they have to clear certain hurdles in order to have extra resources released. There is a program and the projects adhere to it. Most people work in their departments on the current model while a handful of innovators drive change initiatives or new product developments. The emphasis is on plans and targets.

But there is an altogether different approach; emergent innovation. Here everyone (or almost everyone) in the organization is empowered to try new things all the time. The ideas that don’t work are discarded and the ones that show promise are developed. The emphasis is on adaptability, learning and sharing.

Planned innovation is like Intelligent Design where one Supreme Being (the CEO maybe) commands that new and better solutions be implemented. Emergent innovation is like accelerated Darwinism where there is no fixed plan but lots of trial and error leading to evolution in different and unexpected ways.

Think of a playwright writing a new play. She works long and hard to carefully craft every line. Then the director and producer skillfully design a creative and dramatic production. The actors all learn their lines and the show is launched at great cost. Nobody knows for sure whether the play will be a success until it goes to market and is seen by real audiences. Maybe it will be a hit or maybe a flop. The rewards can be great but so are the risks. It is a highly planned program which has been tried before with other plays.

But some drama companies take a different approach. They use improv. The actors do not learn any lines; they improvise in the moment. They are empowered to try whatever they want. There are drama groups which produce musicals on this basis with the main themes coming from the audience on the night. Sometimes the show flops but more often the results are brilliantly entertaining.

Most companies use the planned innovation method. This has the apparent benefit that the focus and resources can be directed at chosen areas which fit with the company strategy and client needs. However firms such as Kodak and Nokia found that planned innovation does not always produce the desired results. Emergent innovation looks risky and chaotic but Google, Facebook, WL Gore and others are famous for letting smart people try new things in very agile ways.

Which approach is better for your organization? The good news is that you do not have to choose one or the other. You can try both. You can maintain a formal program of innovation events, teams and initiatives. At the same time, you can empower certain people or groups to continually try new things. Not everyone is comfortable taking risks but some of your smarter and more creative people would welcome the opportunity. Start by asking for volunteers from across the business but especially in customer-facing functions. Give them broad parameters within which they can try new things provided they share the learnings. With emergent innovation, the emphasis is on fast feedback rather than fast payback. When we find something that really works we quickly swing more resources onto it. Let’s try a myriad of ideas and see which ones emerge the winners.

A version of this post was previously published on Destination-innovation.com and is republished here with permission from the author.