Get Daily Email
Join/Login CLOSE
Home / Culture / Martinique: ‘Think Like a Man’, Just Not in France 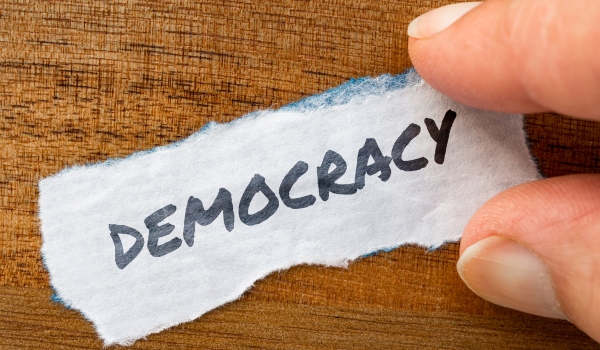 We understand from the Allo Ciné cinema website that the status of the film “Think Like a Man” is “prochainement” (coming soon), as it has been for quite some time. Sony, the film’s distributor, just issued a statement here, saying that there were never any plans for a French release date for the movie. Thus, while Afro-American films are generally not “cancelled”, strictly speaking, they are often not released, with no explanation. One possible reason for this could be the nature of the film distribution system in the country: major companies do not customize releases; they release a film in hundreds of movie theaters, or not at all. Smaller companies may release “arty” films that are likely to attract a niche audience in independent movie houses. The Afro-French community does not, by and large, have specific movie houses or distribution systems in France, perhaps because census, geolocalization, surveys and marketing based on racial standards and statistics are strictly forbidden in the country. Thus, movie-goers interested by Afro-american films usually have to wait for their video release.

Just weeks after the debate surrounding the election of Miss Black France 2012, another question is being discussed by French people of African descent: the  alleged [fr] cancellation of the release of the American movie “Think Like A Man” in French movie theaters.

How does an American movie find a place in the French social debate?

Surprising as it may be, the answer lies in the fact that the film has an all-black cast. French cinema is often pointed at for not fairly displaying all components of the country’s multiethnic population. Although the recent success of the movie Les Intouchables, which earned French African actor Omar Sy the Cesar award for Best Actor in 2012, caused great pride and hope among French nationals from Africa and the Caribbean, it was not to be the turning point for a deep and lasting change.

Martinican blogger Bondamanjak is very cynical after this tainted victory, as he explains [fr] that Omar Sy’s award nomination did not come all naturally, but was rather due to the great number of viewers in theaters.

And all French people as one man forget that Omar Sy was not initially shortlisted as a nominee for the Cesars […] It was only when the ‘Intouchables’ reached 19 000 000 viewers in theaters, that people started calling out to the French movie industry about its indignant attitude, and that they acknowledged the wrong. However be sure that this award is only an opportunistic drop of water in a desert which keeps moving forward.

How can racial profiling in cinema be explained?

Martinican blog People Bo Kay reposts a note published [fr] on the Facebook page of Negro News, entitled “France does not want all-black couples in movies”. This analysis, which has now gone viral, develops ideas about communalism and politics in France, which are supposed to explain the rejection of the movie.

The French state has had a sociopolitical strategy which favors interracial relationships rather than valuing communities. In the comedy ‘Think like a Man’, the focus is on black couples.

According to this note, the other explanation to the blocking of African-American films in France (despite their profitability) is that:

Black actor and producer Tyler Perry’s movies are never scheduled in any French movie theaters or are only released in DVDs, even though he has been used to leading the US box-office, as with ‘Why did I get Married’ and ‘For Colored Girls’. The French society acts hypocritically, when it refuses to show movies from black producers who earn millions from conveying a positive message to the African diaspora through their films.

In the same vein, other French Afro-Caribbean netizens, like the collective of female bloggers at La Scandaleuse condemns [fr] how some well-known French movie magazines and websites have openly underrated the movie and its cast:

Première.fr does not understand how a movie with a mainly black cast could actually lead the box-office! Since they know none of the actors, they dare to write ‘this comedy has a conventional plot and no famous actors (singer Chris Brown is the best known in this cast).’ Should the readers make filmographies for all actors? No that’s your job!

This lack of knowledge about African-American actors, even when they are world-famous, echoes, according to La Scandaleuse, a French trend:

Maybe in a country like France, where black actors hardly play in any movies, it is very surprising to understand the great success of ‘Think Like a Man’! A movie, which is not presented as exclusively African-American, neither by the actors nor the director. It is a universal movie, which explains its success in the charts!

The article published on Première.fr most definitely suffers a lack of research. But it is above all an example, among others, of the refusal expressed by the French cinema industry to bank on movies where the cast is mainly black or to bank on their potential success. They hide behind a non-daring financial rationale to block these ‘types’ of movies, whether French or American, from French movie theaters.

Previously published on globalvoices.org and is republished here under a Creative Commons license.