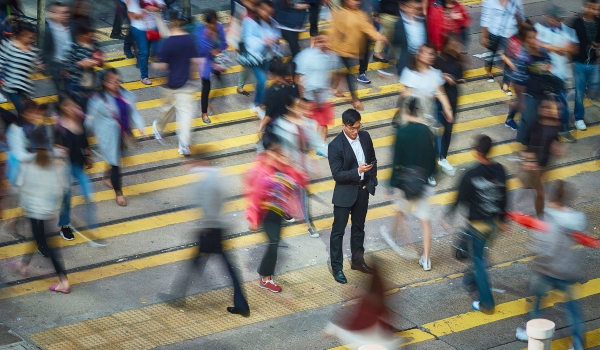 Regarding to our earlier entry, The Wisdom of Crowds, David Bollier send us an interesting comment, part of a continuing conversation on the relationship between P2P as a process, and the Commons as an institution, see here (part 1) and here (part 2):

David Bollier wrote in his comment: â€œWho owns the wisdom of the crowd? Â Whomever is able to capture it. Â The key to the sustainability of a user-based commons (such as a free software community) is a legal or institutional mechanism such as the GPL, which assures that the “surplus value” created by the commons stays WITHIN the commons (or at least is not over-exploited by private appropriators). Â If user-based communities are going to be able to acquire long-term equity Â in their own production, we will need to create innovative instruments to assure that private capital cannot own and control it. Â An exemplary battle in this regard may be massively multiplayer online games, in which users who create avatars, rooms, props, etc., do not legally own their own virtual creations; the corporation that created the game does. Social norms can go a long way toward “punishing” corporate owners who misbehave. Â Witness the user outrage when Rupert Murdoch’s News Corp. started to censor posts and web links on its recently acquired MySpace site. Â But whether smart mobs can necessarily prevail or find suitable alternatives is an open question, to my mind, despite the long-term trendline in their favor.â€?

This poses an interesting problem to P2P ethics, a choice between non-reciprocity or reciprocity as the core organising principle. I have consistently argued that P2P, in the form of peer production, is not a reciprocity-based gift economy, requiring tit for tat reciprocation, nor a market where the product/service is sold on the marketplace. Rather, the producers voluntary cooperate on a common project, manage it together through various peer governance schemes, and provide it as a universal common good. This means that P2P is essentially non-reciprocal. It follows the adage, each gives according to his abilities, each takes according to need.

Nevertheless, the common good thus produced can then be used in the marketplace, by incorporating it in a for pay derivative service offering, and many companies are now emerging doing just that. What would be a consistent attitude towards that? The most logical would be: since it is entirely non-reciprocal, and since peer production rarely brings in a directly reciprocal income (though the exception is the corporations now funding open source development projects), contributors would not mind such post-facto appropriation, as long as the core common good is protected by a mechanism such as the GPL, as pointed out by David Bollier. On the contrary, they would/should welcome it. Indeed, it helps the expansion of the common goods they have been producing (since it is always freely available for downloading on the internet, the uptake of the for-pay service is voluntary for the added value that it brings as a service), and in many ways, the corporations give back to the community, through the funding of OS projects, the hiring of programmers, etc…. All this makes peer production more sustainable. In fact, it seems that many, perhaps most programmers, share this attitude, which is entirely in harmony with the non-reciprocal nature of P2P.

But not all may feel this way, and the other option would seem to be legitimate also. It is the following: since we are all contributing as a community, is it acceptable that a few profit from it (the appropriating corporation, or the select few of the program leaders that they give money to). Are there solutions to the latter? There are probably some solutions, but they are problematic in themselves. One could create a kind of trust, managing the resource for the benefit of either all humanity, or for those who contribute to the project. Or one could create a producers cooperative that would be in charge of for-pay contracts with external corporations. But in each and every case, by creating a kind of obligatory reciprocity, issues arise such as: who belongs to it and who profits from it. This is a road that transforms non-reciprocal peer production into a hybrid reciprocity- based gift economy, it re-introduces scarcity more into the heart of the process, rather than on its periphery. The gain in perceived fairness may also be a loss of the autonomy of the peer production projects, since it can induce a competition for the rare resource of income. Instead of the use value, it is the perceived market value which become guideposts, since this is why the corporations, or the cooperatives/trusts, would be paying for.

Much better in my view is to take the road of the universal basic income. If still not realistic at this stage, it is inevitable at some point, as the new peer production sphere expands, and much of it not amenable to monetization by the market, it would be the logical thing to do. It is ethical since it is a means for the market to return part of the free externalities it is deriving from free social cooperation. And it would strengthen the market by maintaining and expanding the sphere of diffuse innovation. For peer production itself, it maintains intact the non-reciprocal features, since the producer communities can continue to decide about the use value of their projects, and pure self-selection of individuals continue to function, without interference from profit or reciprocity motives.

So while a case can be made for expanding P2P through hybridization with the market and reciprocity; an equally important case should be made for maintaining a pure P2P sphere of peer production, peer governance, and peer property.

Previously published on p2pfoundation.net/ and is republished here under a Creative Commons license.