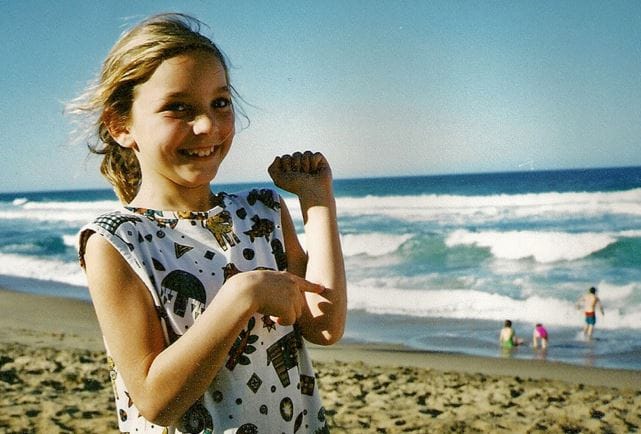 I have a bit of a mood problem. It seems that when my life gets really tough (bounced checks, trouble at work, arguments at home) I sometimes collapse into a depression. It’s not often, but when it happens it surprises everyone around me with the change in my energy, demeanor, and general outlook on life.

On the opposite pole is my joy and excitement when I’m on a roll. I tend to be one of those creative people who generate ideas by the boat load. When I’m happy, I try to capture and execute on as many of them as possible. This sets up a bit of a whammy. When I’m hitting stride in my ferocious mode, I’m a bit of an asshole. I know what I want and I don’t take kindly to people, economics, or laws getting in my way.

I got a speeding ticket the other day. This was a prime example of my indignation at the officer trying to help me be more safe. I had excuses (though I didn’t tell him) and a lot of frustration, but I chose to keep my mouth shut. The fact is I know I was going to fast. But I wanted to blame the traffic. The cop. The fact that I switched cars for the week with my fiance. The additional fact that my radar/laser detector was in the other, faster, car.

I was mad. I was a little afraid. And slightly intimidated by the event. But the overwhelming feeling was one of injustice. How did this guy pick me from BEHIND the cluster of cars on a flat road? And the point is, it doesn’t matter. He doesn’t have to prove it.

So I was in ferocious mode, but I was smart enough to reel it in and keep my mouth shut. This is also my pattern when I’m depressed. On the other hand, when I’m ON I have a hard time not saying the first thought that comes to mind. I want to let others around me know (often jokingly) how they missed my point or didn’t respond the way I wanted them to. Sure, I’m a bit of a jerk.

But sometimes it’s the jerks that are efficient and powerful. It’s the people with ferocious wills who project their ideas and energy onto others in order to get some things done.

This is not easy. I’m not used to living dollar-to-dollar, paycheck-to-paycheck, but since my divorce this is what I’ve gotten. That’s how divorce works.

I am getting things done at the moment. Everything is going swimmingly. And then I bounced a check. Or a couple of checks. Just like my speed trap, it wasn’t my fault. It was a timing/accounting detail. I mean, why am I having to count down to the dollar anyway? Why am I paying sooooo much child support AND the full health insurance premium for my kids? Well, regardless of what I think the answer should be, the bank operates by its own rules.

Today I entered the bank and talked to a man about my overdraft fees. He was sympathetic. I can’t get a credit card to protect against overdraft charges. The bank’s card services division was one of the creditors I still haven’t paid off.

This is not easy. I’m not used to living dollar-to-dollar, paycheck-to-paycheck, but since my divorce, this is what I’ve gotten. That’s how divorce works. The dad gets the child support payment the mom gets the kids (custody) and the house.

I’m not ready to go to court to challenge our arrangement, but I shouldn’t have to. It’s the fact that my ex-wife turned it all over to the Attorney General’s office, that it has become a real problem. She didn’t need to do that. I was telling her all along that I was going to pay 100% of the money. But she got mad. She got scared. She acted in what she thought was the best interest of the kids. And she inadvertently prevented me from refinancing my house.

Please consider your partner when you make decisions about divorce. The kids need both parents equally. And the more you burden each other with troubles, debt, or “enforcement” the worse it is going to be for all of you. It’s like shooting out the tires of your ex-partner’s car and realizing later that they had to miss a child support payment to pay for the tires. (This did NOT happen in my relationship, it’s an example.)

The whole custodial, non-custodial mess is part of the problem. Always go for joint custody. If you married and decided to have kids with a 70% – 30% split, perhaps you could start with the standard divorce plan, but it’s a loser for everyone. If you think winning against your ex is a good thing, you’re wrong. It’s a victory against your kids and against your own best interests. Listen to me. Go 50/50 all the way, just as you joined and decided to share the responsibility of having kids.

Anything less is abusive to the losing partner. The real loss, of course, is how it affects the kids.

Facebook15Tweet1Pin2EmailShares18
wpDiscuz
0
0
Would love your thoughts, please comment.x
()
x
| Reply
Share this ArticleLike this article? Email it to a friend!
Email sent!