Get Daily Email
Join/Login CLOSE
Home / Divorce / He Defied Every Aspect Of The Divorce Decree And, Got Away With It #ChangeThisNow
Embed from Getty Images

—
Below is our first article in a series about how high conflict divorce impacts women and how the Family Court allows abuse by a personality disordered spouse to take place. The story below belongs to Marina, a mother of 2 who found herself in a long-drawn-out battle with a husband who wanted a divorce but wasn’t happy once he got what he wanted. #ChangeThisNow!

Before I get into my story I think it is important to explain that it was my ex who wanted the divorce. I wanted to save our marriage and he told me “it wasn’t worth it to him.” He got a divorce and then spent years behaving like a petulant child, throwing one fit after another as if the divorce had been forced on him.

My divorce was an ongoing contentious battle for 6 years.

The funny thing, my ex fought one particular aspect of our final divorced decree, a part that wouldn’t have cost him a penny to follow through with.

He did many, many, many things that I found deplorable but the one thing I couldn’t wrap my head around was him spending thousands of dollars on attorney fees to keep from doing something that wouldn’t have cost him anything to do.

I was a stay-at-home Mom for 17 years. My main concern during the divorce was that my children and I have a home to live in when all was said and done. So, during settlement negotiations, in lieu of alimony, I requested that my ex co-sign a home loan that I would, after ten years, refinance in my name alone.

I had no work history, no income and no credit history in my name alone. I knew I wouldn’t be able to finance a home on my own. So, our final divorce decree stated that he was to help me obtain financing on a home for his children and me to live in. I would make the mortgage payments; his name would be on the lone with mine.

Let me explain this about my ex. He defied EVERY aspect of our final divorce decree. He paid child support when he felt like it until I went to court and had an income withholding order put into place and child support started coming out of his pay. It took nearly two years of being in and out of court to get something that simple done.

For some reason, my ex repeatedly chose to cut off his nose to spite his face.

He cut off contact with his children. He chose not to see or communicate with them and used “parental alienation” on my part as an excuse. When I delivered emails in court proving he was voluntarily refusing contact with his children he denied writing the emails. In the six years we were in and out of court that was the only time the judge took exception with his side of the story and let my ex know, in very plain language, that he had abandoned his children and he would not force the children to have a relationship with their father.

Back to the home he was supposed to help me finance. Six years after the divorce I took him back to court for the last time on the matter. The judge told him he had 30 days to find a bank and get the paperwork done on a house I had found.

Instead of taking that 30 days and helping me finance a home for his children to live in he decided to build a home of his own for himself and his new wife. He went out and secured a new home loan in the amount of $732,000.00. The home I had found would have financed for $154,000.00. So, not only did he spent thousands on attorney fees to keep from doing something that would have only cost him a signature on paperwork, he went in debt for over $700,000.00 just to spite me.

He spared no expense when it came to making sure I didn’t get what I wanted.

Before the 30-day period was up, his attorney sent the judge ex-parte communication explaining that my ex couldn’t finance a home for me and the children because he had gotten a home loan for himself and his new “family.”

I received a letter from the judge in which he told me he was dismissing my case, “with prejudice.” Meaning I was barred from ever bringing an action in his court on the matter again. In the end, a dirty judge allowed a wealthy man to place his children in the position of possibly not having a home to live in.

I later found out through a court clerk that I went to high school with that there was a substantial check in the ex-parte communication my ex’s attorney sent to the judge. He bought off the judge!!

I wish I had an accounting of all the money my ex spent in order to get out of doing something that wouldn’t have cost him a dime to do.

I emailed my ex about the situation and he responded by telling me, “I don’t care where you live, you can live on the fucking street for all I care. If the boys need a place to live, send them to live with me.” At that time, it had been four years since he had seen or communicated with either one of his boys.

Don’t tell me that men get screwed in divorce court! My ex walked away with 92% of his income. I received 8% in child support. Support he stopped paying when our youngest was 15-years-old.

That is just the legal aspect of my divorce. The personal and emotional aspect would curl your hair. That is another article, altogether.

I’m Letting My Voice Be Heard! 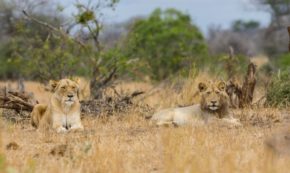 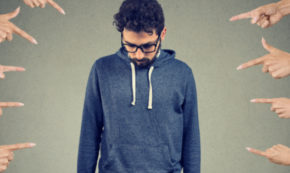